The U.S. Navy has for the first time reportedly verified the authenticity of a series of three UFO videos leaked over the past two years and insisted the footage never should’ve been made public.

“The Navy designates the objects contained in these videos as unidentified aerial phenomena,” Joseph Gradisher, spokesperson for the deputy chief of Naval Operations for Information Warfare, told the Black Vault, a website dedicated to exposing secrets and revealing declassified government documents. The statement was later confirmed by Motherboard.

The military increasingly prefers the “UAP” phrasing over UFO.

Gradisher told the Black Vault that the term UAP “provides the basic descriptor for the sightings/observations of unauthorized/unidentified aircraft/objects that have been observed entering/operating in the airspace of various military-controlled training ranges.” The website also reported that while the Navy now considers the footage “unclassified,” it has not yet been formally cleared for release to the public.

The footage caused a sensation when The Washington Post and The New York Times, among others, revealed that the video had been obtained and released by the To The Stars Academy Of Arts And Science, the private research and media firm co-founded by rocker Tom DeLonge, formerly of Blink 182.

In one video, two Navy pilots tracked an unidentified object flying off the East Coast in 2015.

“Wow! What is that, man? Look at that flying!” one of the pilots said in the clip.

In another instance, an object called the “Tic Tac” ― because it was shaped like the candy ― was spotted descending from 60,000 feet to 50 feet in a matter of seconds off the coast of California in 2004. One pilot described a disturbance up to the size of a football field in the water at the same time.

And in a 2014 incident, a U.S. Navy Super Hornet pilot almost collided with an unidentified flying object during a mission near Virginia Beach.

Although the Defense Department had no comment about the videos at the time, Luis Elizondo, the former military intelligence official who led a government UFO program, said there was even more information out there that the public has not yet seen.

“My personal belief is that there is very compelling evidence that we may not be alone,” Elizondo, who is now part of the TTS Academy, told CNN in 2017.

In a Facebook post, the organization called Navy confirmation of the footage “another exciting day of progress for TTSA and our community of supporters.” 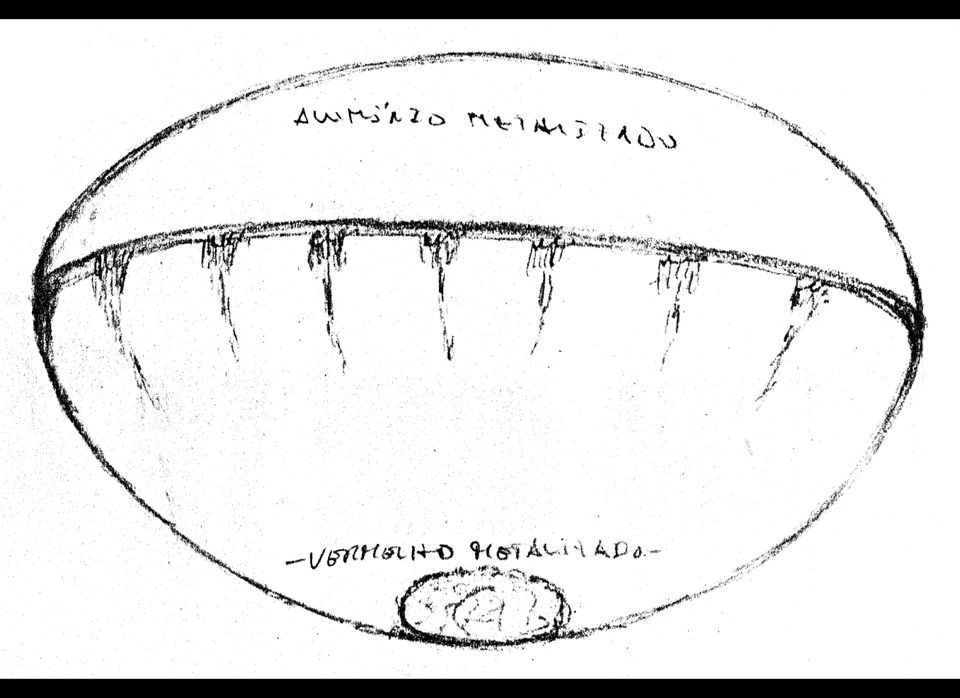 1 / 17
Airline Captain Júlio Miguel Guerra
In the chapter he wrote for “UFOs,” Airline Captain Júlio Miguel Guerra relives his lengthy encounter with a highly active UFO while serving as a flight instructor for the Portuguese Air Force in 1982. He writes: “At various times the object had been very close to me and I was able to verify that it was round with two halves shaped like two tight-fitting skullcaps. I carefully looked at the lower one, which seemed to be somewhere between red and brown with a hole or dark spot in the center. The center band looked like it had some kind of a grid, and possibly a few lights, but it was hard to tell since the sun was so bright and was reflected.” The object circled his small airplane for 15 minutes while he was alone in the sky, in his DHC-1 Chipmunk. He made this drawing the day after the encounter and submitted it with his report to the Portuguese Air Force. (Júlio Guerra, CNIFO Case Report)