Move over Lea Michele and Cory Monteith, Naya Rivera is hamming it up on the red carpet with a new beau. The "Glee" star appeared to make things official with musician Big Sean as they hit the red carpet together for the premiere of "42" Tuesday in Los Angeles, laughing in front of the cameras and draping their arms around each other.

The 26-year-old actress and 25-year-old "A$$" rapper were rumored to be dating since earlier this year, though Tuesday marks their first public appearance as a couple. Rivera was also spotted attending Big Sean's birthday party in March. 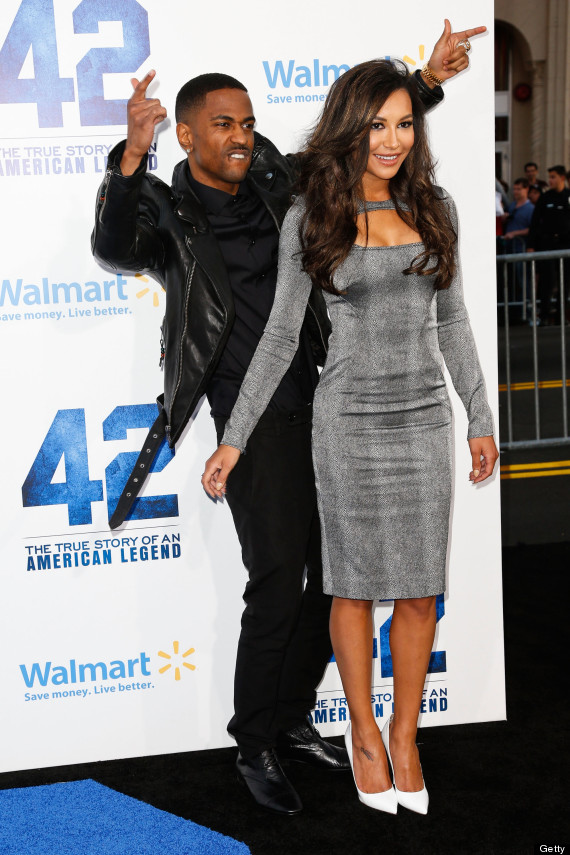