Naya Rivera is hot -- if you had any doubts just check out the latest issue of Rolling Stone.

The 26-year-old strikes a seductive pose as the queen of Rolling Stone’s Latin Hot List 2013's flip cover, set to hit newsstands on Friday, Nov. 8. While the front cover and issue will be a tribute to Lou Reed, the magazine profiled some of the most popular Latin figures of the moment.

Rivera’s role as Santana on Fox’s hit series “Glee” catapulted the actress to stardom and let her show off her vocal chops week after week. The star told the magazine that her next goal is to dominate the charts and her summer single “Sorry Not Sorry” was just the beginning.

The song was well received on the airwaves despite its somewhat controversial lyrics, but Rivera told the magazine she had to push her record label to release the single far ahead of her nearly complete debut album.

"This is what I'm doing," the star recalled telling Columbia Records. "Get on or get off. I think this is a summer song, and I want it on the radio by the end of the summer."

The “Glee” star wasn’t the only Latina to make it on the Hot List, Rolling Stone also dubbed Becky G the “Next Queen of Teen Pop” on its latest cover. The issue also features Latin figures like singer Draco Rosa, “Gravity’s” Jonás Cuarón, novelist Daniel Alarcón, among others.

Check out Naya on the upcoming issue of Rolling Stone below: 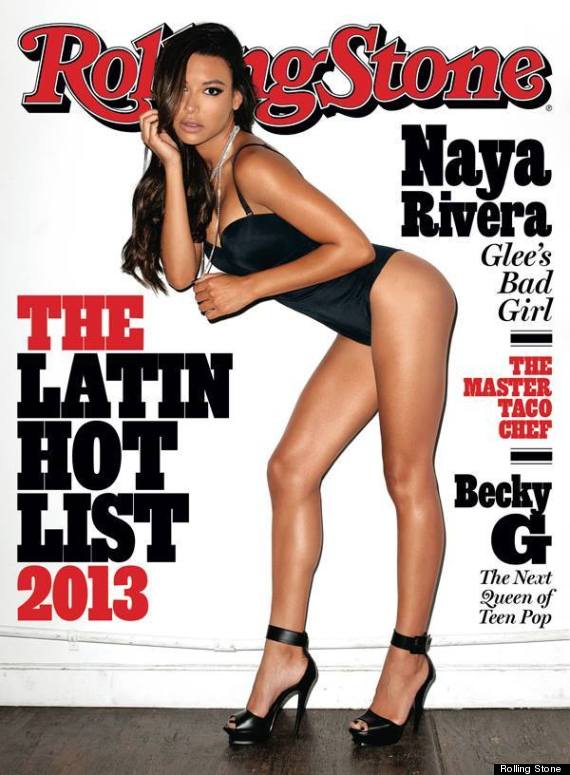