Upon its original release in 1993, NBA Jam revolutionized gaming forever. With its hyper-exaggerated players soaring the air, flaming basketballs and of course, catch-phrases like "Boomshakalaka" and "He's Heating Up," it was truly ahead of its time. Eighteen years after the original release for Super Nintendo and Sega Genesis, the game graces us for the first time on Xbox 360 and PS3 with its October 5th release by EA Sports.

Who better to sample the new "NBA Jam: On Fire Edition" than Shaquille O'Neal, whose star was still rising back then and until now, was never actually in the game. With over 80 unlockable legends -- e.g. Magic Johnson and Michael Jordan -- and improved game play, including Tag Mode, which allows you to control both players on a team instead of relying on just one, not to mention the economical price of $14.99 (via digital download), gamers are chomping at the bit. If only I was 10 years old again screaming at the TV in my parents' basement while shooting 28 3-pointers with Drazen Petrovic.

Follow me on twitter @206child for all your sports needs, including full updates on the NBA Lockout.

Email me at jordan.schultz@huffingtonpost.com or ask me questions about NBA Jam or anything else @206Child for my upcoming mailbag.

Plus, check out my brand new HuffPost sports blog, The Schultz Report, for a fresh and daily outlook on all things sports and listen to our weekly radio show, Sports Blitz Now. 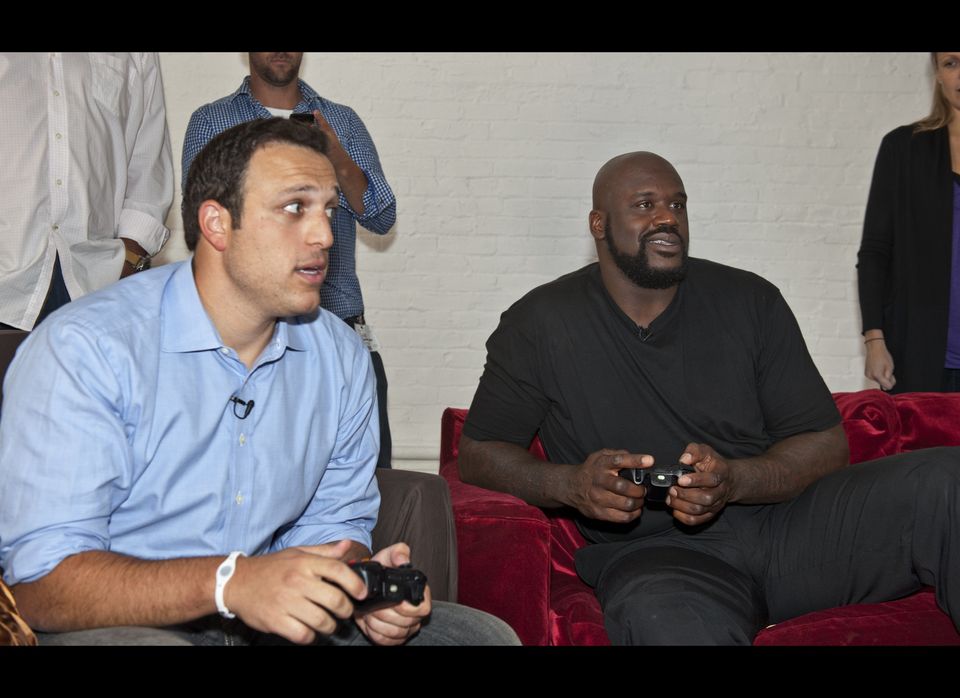