This weekend, NBC's $250 million experiment with the English Premier League began as Manchester United trampled Swansea 4-1 live on network television. NBC is doing their damnedest to convince more people to tune into soccer. They've completely covered the New York subway in team colors and launched a funny viral video with SNL's Jason Sudeikis. But how can NBC seriously market a sport that Americans seemingly dislike and that takes place in a different country?

So how can NBC change Americans' relationship with soccer? Here are some ideas that are partly common sense, partly research from the cutting edge of marketing psychology, and are significantly different than NBC's current approach:

NBC wants to convince sports fans to watch soccer. Who do sports fans trust the most? Their favorite athletes.

It doesn't take a Ph.D. in marketing psychology to know that the celebrities and idols people worship tend to have a strong influence on people's opinions. But just in case you have any doubts or want a more nuanced view, check out Influence, a decade-long best-selling book by influence psychologist Robert Cialdini, who makes the case for how celebrities and trusted "experts" can influence people.

NBC needs to put the stars of the NBA, NFL, and MLB on TV talking about their favorite soccer teams, players, and most importantly why they specifically love soccer. These athletes need to make the case for why soccer is indeed a high octane, edge of your seat sport, worthy of watching. If these superstars make the case for soccer, average Americans will listen.

Too many soccer commercials show English people, not Americans, cheering on the teams. Although, for the few anglophile Americans this may be quite exciting, for most average Americans seeing English people enjoying a sport might seem alienating. Most Americans do not identify with English people and some even actively dislike the English. People tend to do things that people who are similar to them do. They see people like themselves and think "well, that looks like my thing". It's one of the reasons commercials often feature racially ambiguous models: more people can relate.

Accordingly, NBC should feature commercial footage from recent matches in the United States between top-flight English teams like Manchester City and Chelsea, who played in iconic American cities and stadiums like Yankee Stadium.

People need stories to jump into, such as rivalries and personal details. They need to understand what is at stake and what players they root for or against.

Additionally, because few Americans have a favorite soccer team to identify with right now, Americans need soccer superstars to identify with. NBC needs a David Beckham. They need a person who is fantastic at scoring goals and doing late night talk show interviews.

America's Major League Soccer worked wonders with David Beckham when he came to play in the United States. They made LA Galaxy and American soccer an international brand and MLS soccer grew fantastically during his American career.

The English Premier League must select a few top players from the top clubs and turn them into regular faces featured in commercials, Sports Center highlights, and product endorsements. Soccer needs recognizable faces, not just team logos, to succeed in America. 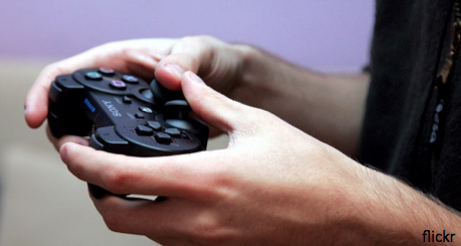 FIFA is arguably one of the best marketed games. But it's marketed more at people already interested in soccer. Although recently FIFA has used the ever more recognizable face of Lionel Messi and even the face of Snoop to sell the game, it still is marketed as a game for soccer fans.

NBC should want gamers to get their hands on FIFA. A free trial pack with the top English teams might even do the trick. Through FIFA, gamers can quickly learn who is good through the player ratings and learn important bits of the clubs' histories through game commentary. Plus, most anyone who plays a game will quickly develop an in-game favorite team, which can then turn into a real world favorite.

That's why, during obscure events at the Olympics like bobsledding and curling, the announcers explain the rules and the culture. This has two positive effects:

A) It lets people know what the hell is going on and what to cheer for. Newbies to soccer need to learn to get excited by a good cross, a tackle, neat passing, or an offside trap.

B) It is just hard to identify with something when one feels incompetent in it. Learning the rules and norms of a sport makes people feel like insiders rather than outsiders.

With soccer, people may feel it's not their thing, but that could be easily changed by a little explanation of the rules during a soccer match or through a few highlight videos.

#6 NBC, Stop Making Fun of Soccer in Your Own Advertisements 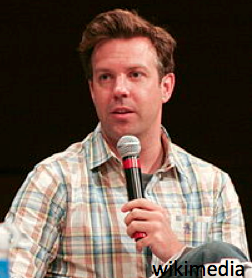 Recently SNL's Jason Sudeikis played the role of an incompetent American coach hired to coach the Tottenham Hotspurs in a very funny, viral NBC advertisement. In the video Sudeikis says "You can tie and there's no playoffs, why do you even do this?" The video is hilarious to soccer fans because soccer fans get to laugh at Americans who just can't understand the magic of soccer. However, the non-soccer fans also laugh, but they may laugh because they agree that a sport with ties and without playoffs is silly. Rather than overcome negative soccer stereotypes this might perpetuate them.

Overall, the Sudeikis video may have been a win for NBC, but it could have resonated better with non-soccer fans. The video could have featured an American athlete such as Landon Donovan, Kobe Bryant, or Adrian Peterson explaining to Sudeikis why soccer is awesome.

#7 Soccer Has Changed -- Play That Up 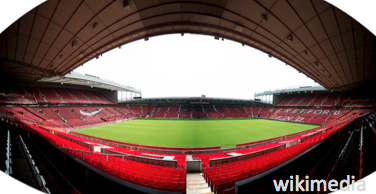 Soccer has legitimately changed over the years. The English Premier League has become a faster paced game, there's a new rules -- like those against exaggerated how hard one has been fouled, and successful goal line technology has taken away frustrating missed calls.

When deciding whether or not to watch a soccer game, people may reason "well, I've never watched soccer before, why should I start now?" Due to number of psychological forces, people tend to assume they've made the right choice in the past, and they are unlikely to change their behavior in the present unless there is an explicit reason to do so.

NBC can play up the aforementioned improvements to the game, especially the change in the pace of the game. They could even get a famous old English soccer player saying in a commercial, "The game has changed, it's so much faster today. It's much more like basketball in speed and the number of breakaways."

Some may claim that Americans will never like English soccer. Though it's true that there will always be haters, this is to be expected. All successful American sports also have large contingencies of haters. Many Americans claim that baseball is boring, tennis is elitist, and UFC is trashy. The goal of any marketing campaign is not to win everyone, the goal is to win larger market shares, and that is something NBC can do if they follow these steps.