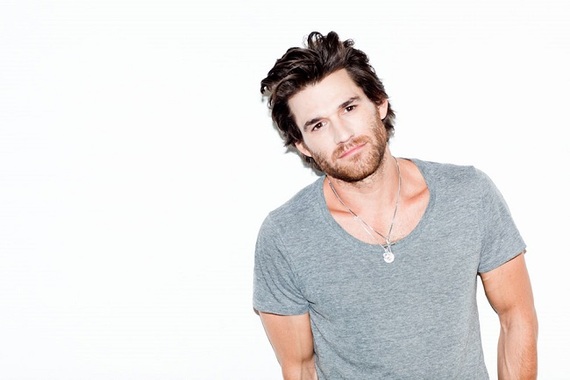 Johnny Whitworth made my job real easy because really, how does one write an intro for a guy who plays an un-named mysterious character on NBC's new series Blindspot?

On NBC's new series, Blindspot, you play 'Ruggedly Handsome Man'. Why all the fuss and mystery?

Yes, it's a very silly name. To understand that fully, you'd really have to be on set when they're talking over walkies, "Does anybody have eyes on 'Ruggedly Handsome Man'?"

Martin Gero, the creator, likes to keep everyone on a need-to-know basis. It makes sense... If we don't know too much, then the mystery is really alive.

Everyone is amazing on Blindspot, but Jaimie (Alexander - Jane Doe) is a real pleasure. She's a seriously fantastic human and phenomenal actress. If I had to describe her in one word it would be: badass.

Tell us about your audition.

I knew absolutely nothing going in for the audition. Funny enough, I know even less now. They actually had me read for 'Weller', Sullivan Stapleton's character. I can't talk about that much, but it was a very heroic scene. He's a good character ... But nothing like 'RHM'. About a week later, they offered me the part.

You've been in show business since you were 18. At any point in your career, did you have another job to pay the bills?

I've actually been in this business since I was 15. But I've been really working since I was 18 . Other than "the work on the craft", I haven't had to have other jobs. I was very lucky that way. My acting jobs always covered the bills.

In The 100, you play Cage Wallace, who becomes the President of Mount Weather. What's it like playing a character everyone despises?

Geez, despises! I think that would hurt his feelings. Cage is a very sensitive and conflicted character. He was trying to do what was right for his people. Survival of the fittest and all that. Any character that can provoke a strong reaction like despised is OK by me. Means I'm doing something right.

What was it like growing up with divorced parents?

Well... I didn't know anything different than divorce, so I can't compare it to anything else. I will say that it afforded me the luxury of moving around a lot - experiencing new schools and a variety of humans. That forced me to learn to adapt to those people and experiences. Sometimes it could be a struggle, but I believe any kind of life experience strengthens your work as an actor. 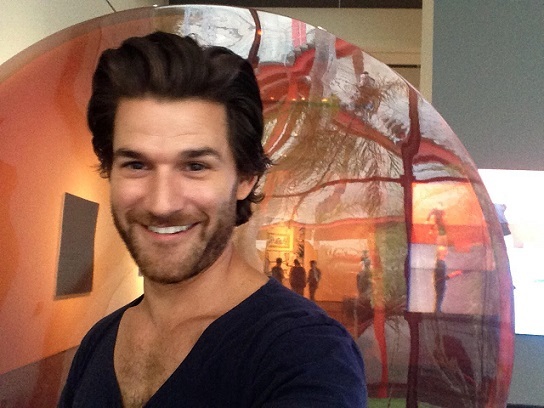 Johnny at the LACMA (Los Angeles County Museum of Art)

You just wrapped the film 'Bad Hurt', recently purchased by an award-winning producer. How did you get involved?

After reading the script, I met with the director/writer, Mark Kemble, over Turkish coffee at the Snow White Café on Hollywood Blvd. We had an amazing conversation about it, how I work and how he wanted to approach the characters.

The film is based on a play about his life, so he was a plethora of information. After the meeting, he said I could play either of the brothers. A year later, I was offered the role of the brother 'Kent Kendall', a Gulf War veteran suffering from PTSD and other physical issues. It's an intense character - the kind of role that excites me. Bad Hurt is a very special movie - the kind actors hope to be involved in.

It was very well received at the Tribeca Film Festival. I'm so grateful everyone will soon be able to see it.

Do you take life seriously, dangerously or silly?

Well, it's silly how dangerously, seriously I take life. : )

Are you a thinker or a joker?

A little bit of both, but let me think for a moment. Yes, I'm a thinker... and a joker.

Do you have any siblings? Are they in the business?

I'm one of six brothers - the 3rd youngest, so I guess you'd call me a middle child. My youngest brother is 12. Some "halves", but they all feel like wholes. None are in entertainment.

Which superhero is your favorite? Which would YOU be?

That's a funny question. Growing up I made everyone in my family call me Batman. My brother Ace still does... So, "I'm Batman".

Blindspot shoots in NY and you live in LA. Who puts you up?

I love shooting on location. It's a great opportunity to submerge yourself in nothing but the work. Blindspot puts me in a hotel. I really do love working in NYC. This past year, I've worked there a lot - 'Blindspot', 'Bad Hurt' and a film I recently finished, 'Finding Her'. I've got friends there and favorite places. I frequent a few favorite jazz clubs while in town.

What is your workout/nutrition routine? Does it change for work?

I work out almost every day and try to eat healthy, but of course, I have to adjust for certain roles. For 'Bad Hurt', I couldn't look too healthy as the character is not. I stopped working out a month prior to filming until we wrapped. I changed my diet and lost as much weight as possible.

Have you always been called 'Johnny', not Jonathan?

Best I can remember, I've always been called Johnny - unless I was in trouble. My dad also goes by Johnny. He is Big Johnny, and I am Little Johnny.

Yes, watch Blindspot on September 21st, and hopefully later in the season, you'll know my name.

Look for 'Bad Hurt' in February 2016. It's an amazingly human story with some great performances by excellent craftsmen and women. Twitter: @badhurtfilm , #BadHurtFilm . Follow Blindspot on Twitter: @NBCBlindspot