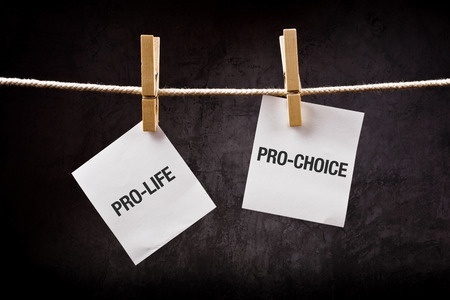 There's no doubt that the topic of abortion is emotionally loaded. Thursday's (April 23) debate in the NC Senate over House Bill 465 revealed this in spades.

From Rep. Tricia Cotham's brave disclosure of her own experience of abortion in response to a life-threatening medical complication in her first pregnancy to Rep. Pat McElraft's story of her nephew and his wife who changed their mind about having an abortion after viewing an ultrasound, emotions were high.

Stories matter. They offer a personal context and a reference point for thinking about the topic of abortion, which is too often discussed in the abstract. However, it does matter how these stories are used in a legislative debate.

Cotham broke her silence and shared her experience in order to illustrate the difficulties associated with her need for an immediate abortion to protect her health. She told her story in order to explain to the gathered legislators the ways in which many women "may have endured abortion for reasons you don't know." Cotham spoke from her own experience in order to try to help legislators understand the challenges that women face when facing problem pregnancies.

McElraft, one the other hand, dusted off a story about her nephew and his wife that she has been using to try to make her point for a number of years. The incident, which took place almost twenty years ago, involved her nephew and his then girlfriend who sought an abortion for their unplanned pregnancy. As McElfert tells the story, seeing the ultrasound caused them to change their mind. She went on to make the spurious claim that "To see those fingers and toes in some circumstances - when they're given the opportunity, so many of them [pregnant women] change their mind. Why do we not want them to have the opportunity to change their mind?" McElfert is attempting to use her story as evidence of a dire problem that waiting periods can help address. The problem is - McElfert's claim is not supported by the actual evidence.

In a context where the vast majority of women are acting as responsible moral agents exercising a legal right to a safe medical procedure, waiting periods and mandatory ultrasounds are a paternalistic attempt to shame and harass women by assuming they cannot possibly know their own minds.

The issue of women who are uncertain about whether or not to have an abortion is a worthy and relevant social issue. These women should obviously be offered additional resources (like ultrasounds and additional counseling) in order to help them make up their minds. And they are. Anyone with any experience of women's healthcare recognizes that women's well-being is a primary shared goal of medical professionals from doctors and nurses to ultrasound technicians and counselors.

Supporting a woman's legal right to an abortion should not be equated with harboring a desire for women to have abortions. Abortion-rights supporters have no interest in pressuring women into abortions. The whole point of the pro-choice movement is that women need to be supported in making life-changing decisions about their bodies and their future.

The real problem with yesterday's debate was not the telling of stories, it was the distressing lack of attention to the facts about abortion in the US and the reliance on misguided speculation and personal opinion rather than sound arguments based in fact.

During the floor debate, Rep. Michele Presnell stated, "Seventy-two hours is only three days. I think that's a good amount of time. These young girls, when they go in there - very abrupt, very quickly - they make that decision that they're going to get rid of this baby."

Presnell's argument is full of assumptions that are patently wrong. Her first assumption is that it is primarily "young girls" seeking abortions. Only 18% of US women seeking abortions are in their teens. The majority of women who seek abortions are sexually active adults and 61% of them already have at least one child. A fact that challenges Presnell's second assumption - that women are making snap decisions to have abortions. Women who have had a child know exactly what they are doing. As do the overwhelming majority of all women who seek abortions, even if not from personal experience of a previous pregnancy.

Blatant disregard for an informed debate was also evident in the NC House committee hearing the previous day where the committee chair Rep. Brian Brown apparently only allowed one opponent of the bill to speak while supporters were granted a half hour of testimony. Refusing to allow opposition testimony from the doctors and other experts who came to testify about the problems associated with longer waiting periods, not to mention the new requirements for physicians who perform abortions is nothing short of ideological manipulation of the political process.

This bill will soon come before the NC Senate. North Carolinians need to speak out and insist that the medical professionals, social scientists, and other experts are included in our political proceedings. Public policy should be based on reasoned argument supported by reputable evidence and facts; not on speculation, opinions, and the manipulation of emotion.