A growing chorus of critics are calling for the National Collegiate Athletic Association to pay student-athletes. Just this month, a coalition of professors banded together in support of labor rights for men’s football and basketball players. And just this week, former NCAA basketball stars Ed O’Bannon and Shane Battier said student-athletes should be compensated for their hard work.

But ask the NCAA and its member institutions whether they can afford to pay student-athletes, and their bottom line is clear: no.

That’s what the NCAA implied when The Huffington Post posed that exact question earlier this week. Spokeswoman Meghan Durham said that only 20 of the roughly 1,100 schools that constitute the NCAA make more from sports than they spend on sports, according to the association’s most recent estimates. Earlier this month, ESPN reported that over two-fifths of the teams in the March Madness tournament either broke even or lost money last year.

John Oliver wants the NCAA to pay its players, but can they afford it? (Video from YouTube)

That so many athletic programs are struggling just to break even would seem to make nonstarters out of all the ethical and legal arguments surrounding the issue. Why waste breath on such questions when the schools couldn’t afford to pay the players if they wanted to?

But when The Huffington Post asked five sports economists whether the NCAA and its member institutions could afford to pay student-athletes, the response was quite different: a resounding yes. Some of the economists were almost surprised by the question; the answer seemed so obvious to them.

As Rodney Fort, a sports economist and professor of sports management at the University of Michigan, succinctly put it, “The money is already there.” The NCAA alone brought in nearly a billion dollars in revenue in its most recent financial year, and top-tier athletic programs regularly bring in tens of millions of dollars as well.

Sure, you might say, there’s a lot of money coming in. But if the schools are still losing money or only breaking even on their sports programs, won’t additional labor costs hurt those programs and the schools?

“That’s a silly argument,” Berri said. “They’re nonprofits, and their incentive is to spend every cent that comes in.”

“That doesn’t mean they aren’t making money,” he added. “That just means they spent all of it.” 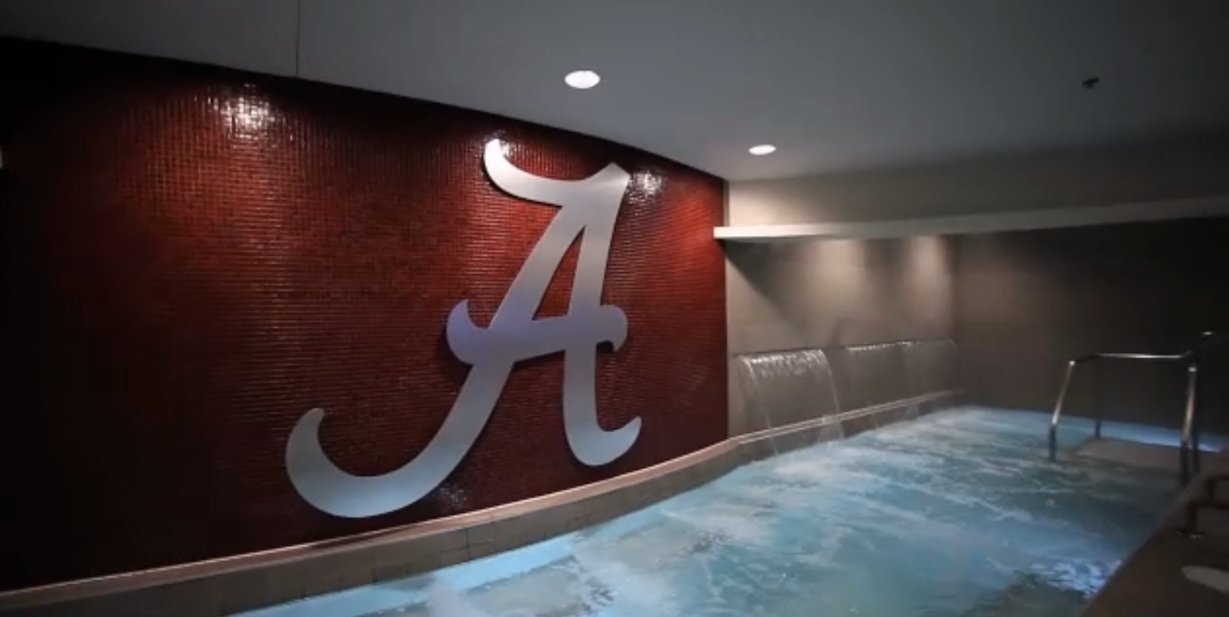 The money at a nonprofit needs to go somewhere, which may explain the building of many state-of-the-art facilities. (Photo: RollTide.com)

The system is set up so that almost all the money that comes in from college athletics is soon spent.

“Schools quite often move around or spend money to basically get rid of excess revenue -- what would be called profit in a profit-making corporation,” said Michael Leeds, a professor of economics at Temple University. “‘[That’s why] you have several coaches [in the NCAA] getting paid NFL money, despite working for an enterprise that really does not match what the New England Patriots and the New York Giants take in.”

That would explain why some universities end up with state-of-the-art sports facilities. Or why Duke basketball coach Mike Krzyzewski makes nearly $10 million per year, much more than the typical NBA coach. Or why in so many states, the best-paid public employee is a basketball or football coach. 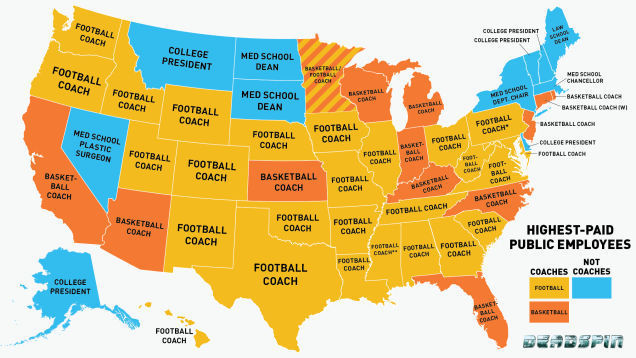 To pay the players would simply require a reallocation of resources, the economists said. Assuming the university declined to increase the football or basketball team's funding, that program would just have to move the money from some other part of its budget.

Most of the economists agreed that it would likely be the highly paid coaches and athletic directors who would take the hardest hit if players were paid. Andrew Zimbalist, the Robert A. Woods professor of economics at Smith College, said that it might take a few years for head coaches’ salaries to adjust to the new economic reality, but in time there would probably be less pay for people like Coach K.

That would explain in part why some coaches so vehemently oppose the idea of a system in which players get paid.

“The coaches very likely are very upset over [the prospect of] players being paid because, for one thing, that means a pay cut for them,” Leeds said. 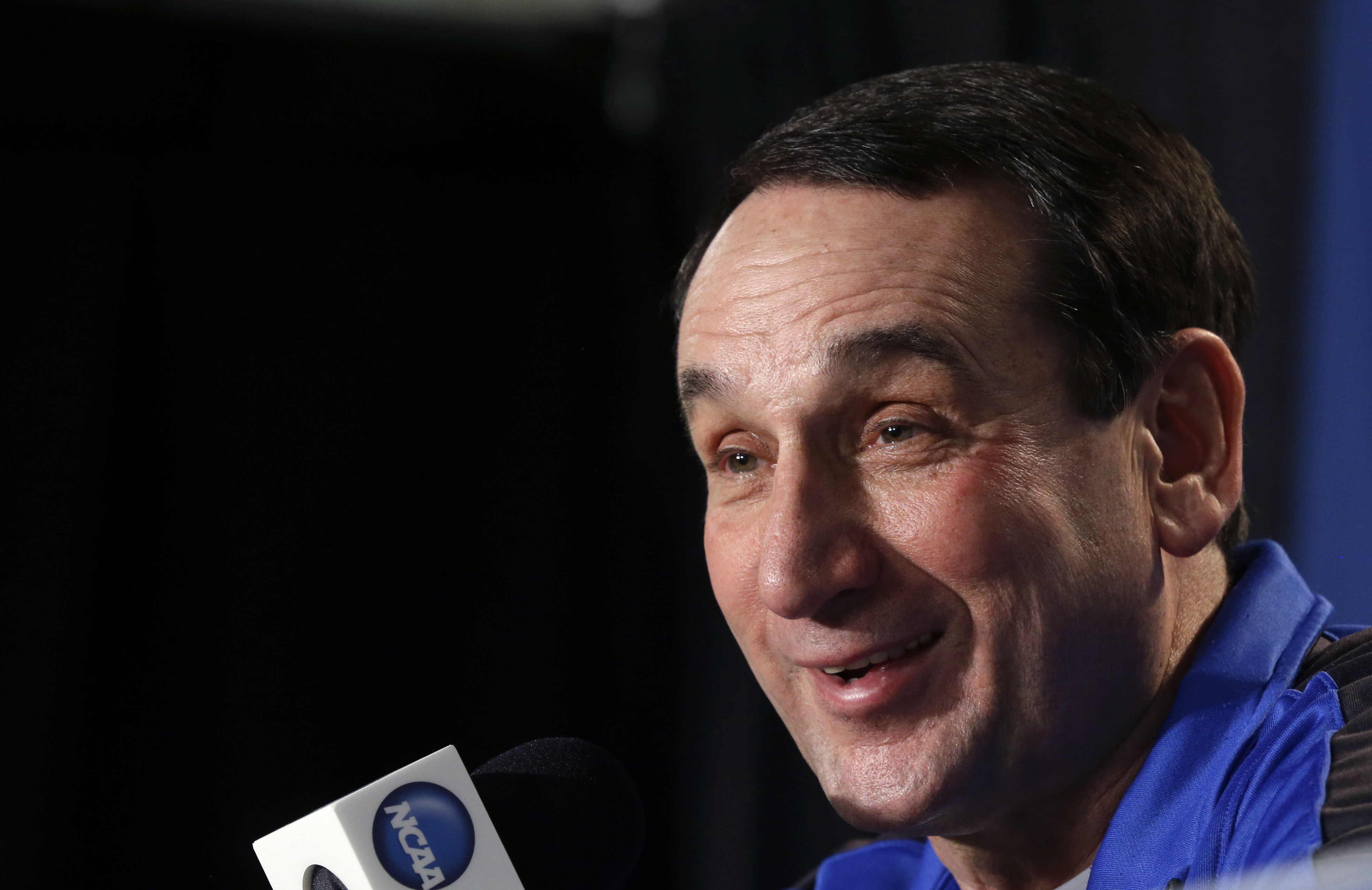 But Stefan Szymanski, a sports economist working in the sport management department at the University of Michigan, argued that head coaches should not fear a world in which student-athletes get paid.

“I don’t see the process by which coaches suddenly become less valuable,” he said. “I think they’ll [just] demand a bigger allocation from the university.”

The coaching change that Szymanski expects if players start making money is not one of pay levels, but one of skills valued. In a world in which student-athletes are paid, he said, coaches would likely be compensated less for their recruiting abilities -- the money will talk, after all -- and more for their coaching abilities.

David Carter, executive director of the USC Marshall Sports Business Institute, agreed with the economists’ conclusion that many top athletic programs could afford to pay players without any “devastating effects.” But he worried that such a change would lead to “further polarization” between the haves and have-nots of college sports.

That concern is the same one voiced by President Barack Obama in a sit-down interview with HuffPost last week. Obama expressed some frustration with the way universities treat student-athletes -- suggesting that universities guarantee four-year athletic scholarships for students in good standing -- but said paying athletes would lead to “bidding wars” that would “ruin the sense of college sports."

To a degree, that’s likely true. Sports programs at smaller colleges often have tighter budgets than the big names, and they might not choose to shift resources to pay student-athletes even if it were legal. That could hurt them in recruiting efforts.

But as the economists noted, the bidding wars Obama fears are already being waged. Duke basketball is already a powerhouse; Kentucky basketball is already a recruiting machine. Allowing colleges to pay players may give the top-tier programs with their greater revenue streams an additional recruiting advantage, but they already offer famous coaches, first-class facilities, greater visibility and a better shot at the big time, on top of the permitted scholarships. Jahlil Okafor already chose Duke, and Karl-Anthony Towns already goes to Kentucky.

HuffPost asked the five schools in the March Madness tournament that lost money on their athletic programs last year and the five schools that earned the most profit about paying their student-athletes. None of them directly addressed the issue.

So, yes, there are still moral and legal concerns about paying student-athletes. But when it comes to whether the NCAA and its member institutions can afford it, the answer appears to be absolutely yes -- and that shouldn’t be surprising.

“This is not arcane theory,” Leeds said. “This is something that ‘Intro to Econ 101’ students would be able to tell you.”