Ready or not, it's bracket time. The field of 68 teams in the 2013 NCAA Men's Basketball Tournament has been revealed on Selection Sunday. Four No. 1 seeds have been named by the selection committee, bubbles have been burst and potential Cinderella squads are being sized for glass high-tops. Who will cut down the nets? Who will leave fans shredding their brackets?

Louisville, Kansas, Indiana and Gonzaga claimed the No. 1 seeds, with the Louisville Cardinals earning the top overall seed after completing a 29-5 season out of the Big East. A tumultuous regular season was fittingly followed by another wave of upsets in the conference tournaments. After weighing the merits of all contending teams, 68 invitations to the Big Dance were handed out. With the work of the selection committee complete, it's time for fans to print out the bracket (CLICK HERE) and begin making picks.

Are chalk picks the way to go? Or will the 2013 NCAA Tournament be yet another defined by stunning upsets? In 2012, No. 15 seeds Norfolk State and Lehigh busted many brackets by defeating No. 2 seeds Missouri and Duke, respectively. Which underdog teams will surprise in 2013?

The "First Four" games -- popularly referred to as the play-in games -- return to be Dayton and will be contested on March 19 and 20. The wall-to-wall, productivity-sapping schedule of "second round" games takes place on March 21-22. The third round will be contested over the weekend on the the 23 and 24, while the Sweet 16 and Elite Eight games will go through the 28-31.

The 2013 Final Four will take place in Atlanta at the Georgia Dome and the national semifinals will tip off on April 6 with the championship game to be played on April 8.

SCROLL DOWN TO CHECK OUT THE BRACKET 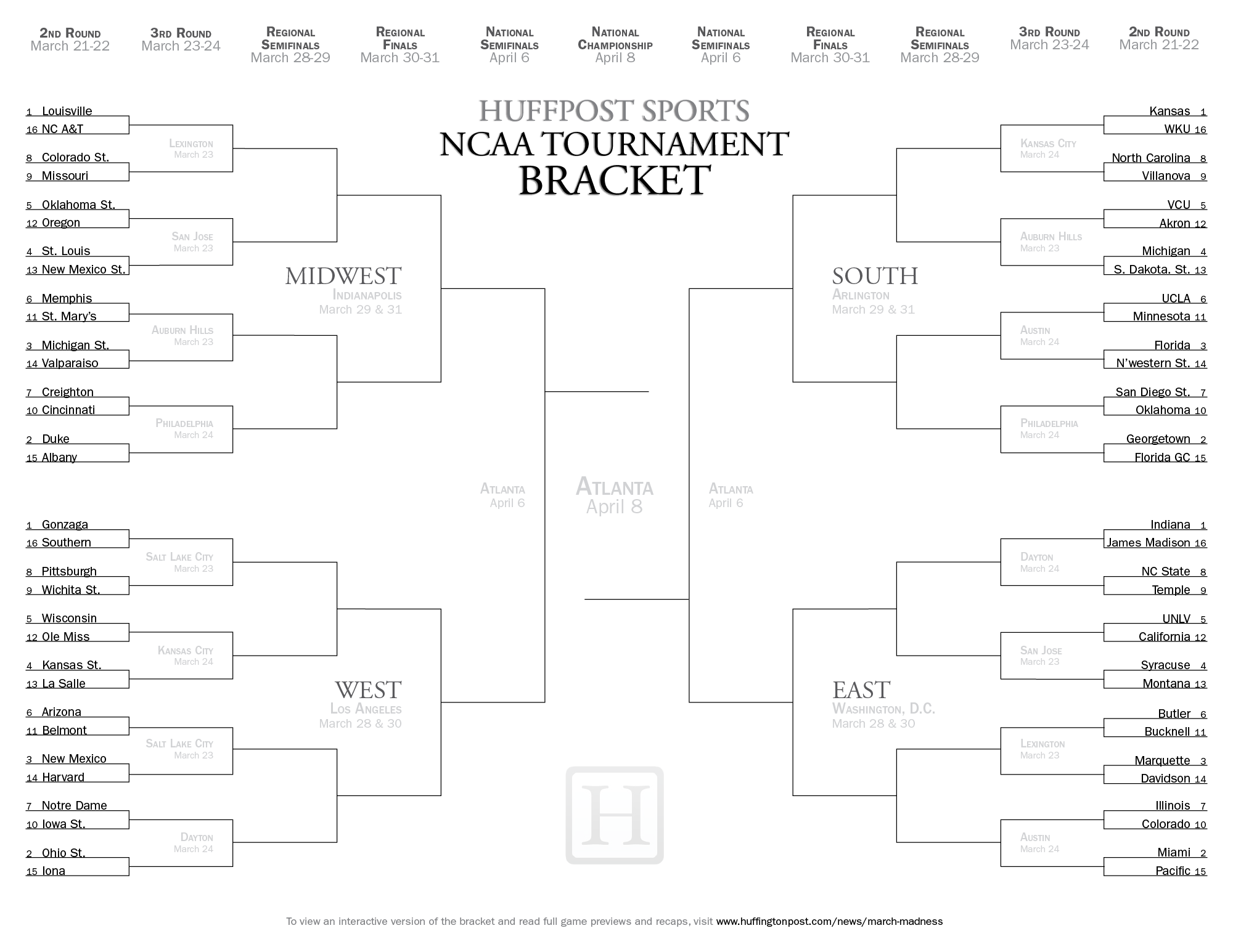