A captain steps upon his ship, leaving land at his back. His feet grip the wooden deck, wood that once stood as trees grasping the very soil he abandons, for what could be an eternity in the swells of the world's oceans. There is one bit of earth he has not forsaken, for in his fist he grips a small piece of land no sailor should be without, a mass so reliable it sent sailors around the world for centuries, and with its mystical power also returned them home.

The earliest written record of human knowledge of Lodestones was in 6th century B.C.E. by the Greek philosopher Thales of Miletus, though it is likely that humans were aware of this magical stone before written word. The reason for its naturally permanent magnetic state is debated, but its commonly thought that it may be a result of lighting strikes due to the fact that they are found near the surface of the Earth and not mined from the depths.

How and when humans discovered its reliability and devotion to the North Magnetic Pole is as much a mystery as the stone itself. To the fortune of man, its constant was discovered, as was the ability to magnetize iron nails or needles, which later gave birth to the creation of the compass.

Let us consider man's desire to explore the vast oceans in search of land. The captain hurriedly left his land to stand firmly upon a new land, a different land, even if only new to him. The success of this quest, and the success of maintaining ownership of his own existence lay in the hands of this magical rock (acquired no less from the land he sought to abandon) and its ability to convince iron to stay the course.

Ships commonly carried Lodestones aboard in case the compass needle became unreliable during the voyage, which ironically was often the result of a lightening strike on the ship. The creation and repair of a compass needle were the same act: Rub the front of iron nail or needle four times to the stones north side and repeat the action on the back of the nail or needle to its south pointing side (this was the process prior to Gowin Knight discovering how to create magnetized steel with greater precision in 1745.)

What might we use to maintain our constant bearing today? In this age of technology and gadgets, where most anyone can know there near exact location on the earth with a quick check of their phone, what actually keeps us on track? Maybe it is a goal or a passion, or possibly a loved one we long to return to? We all have some mystical metaphorical lodestone that exists in us, but we do not always listen to it, and sometimes stray from our course due to distractions, poor choices or falsified maps leading us away from our destination. With a clear mind in each morning's light, let us consider this and make a determination, even if through "dead reckoning". 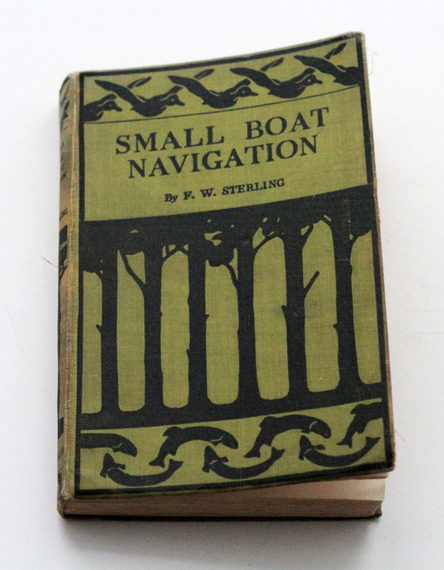 To obtain the vessel's position by dead reckoning it is necessary to have some previous well determined position. When a vessel leaves port, its position is always accurately determined by observations on the charted navigational mark that is seen. This is called taking the departure. -- Small Boat Navigation -- F.W. Sterling -- 1916

Taking the departure refers to obtaining a good fixed point from which future positions by dead reckoning are computed. Therefore, if you know where you started from, consider this in your current position. Perhaps the seaweed is just always greener on the other side of the world. In any case, consider your course, consider place and trust your sense of direction. Unless you get lost easily, then just buy a compass. 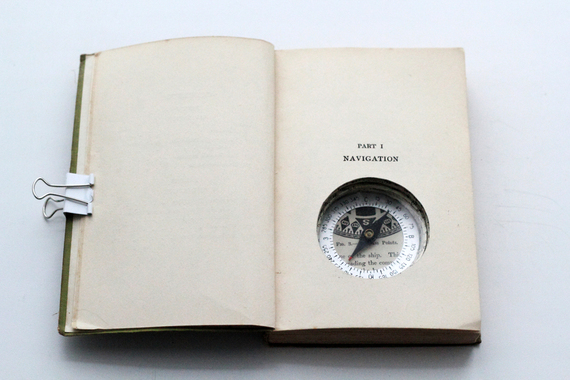 I have created two works based on my interest in lodestones. The first piece is a sculpture titled "Navigation." I have taken the above quoted book, Small Boat Navigation (F.W. Sterling, 1916) and turned it into a working compass. By cutting through each page to the required depth, and fixing the pieces of an old Russian compass into the void, I have destroyed the very guide of which could have been used for proper navigation, creating the very tool the guide called for. The result is and wealth of knowledge that has been eliminated leaving only the ever-changing position of magnetic north as our guide, along with whatever knowledge of navigation we may already possesses.

j.frede: Navigation (The action in creating a compass) from j.frede on Vimeo.

The second is a large painting of a lodestone on paper, orientated in a diamond position. In each of the corners, I have drawn the Russian notations for North, South, East, West. A single red line marks the upper right edge of the painting noting the magnetic declination (9° 51' East) for Kronstadt at the time I began the painting. The large stone, painted with black gouache, holds the center of the mock compass card with north facing shavings drawn in with pen. A red line at the top notes the magnetic declination of Kronstadt at the time which i started the painting. 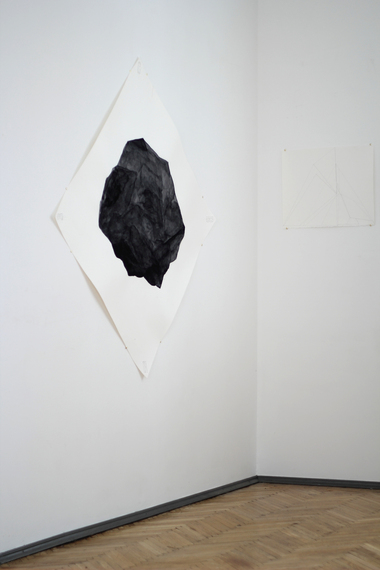 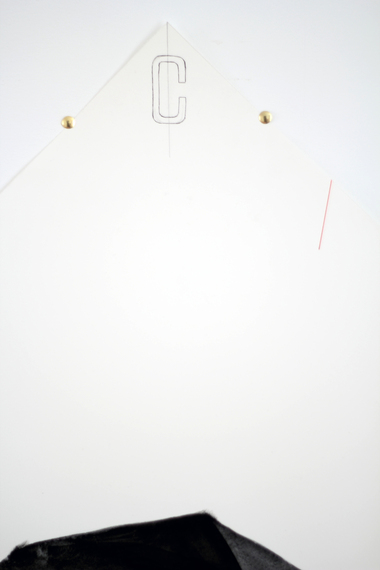 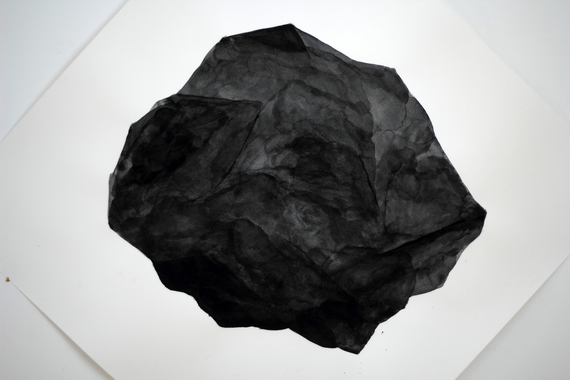 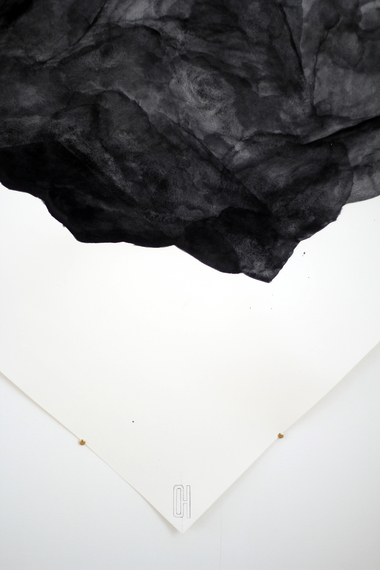 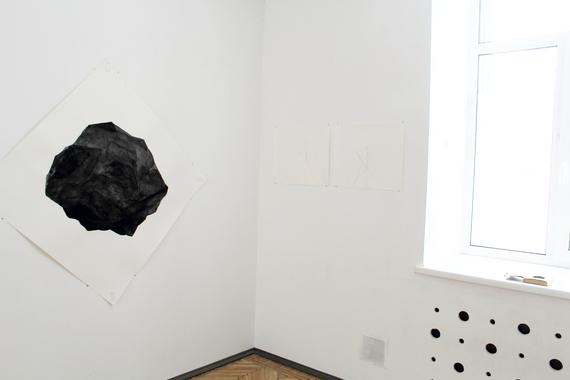