Just across the waters of the Baltic Sea from where I sit now writing this, the art world was changed forever. In 1915, The Last Futurist Exhibition 0,10 took place in Petrograd (Saint Petersburg) that included 36 of Kazimir Malevich's minimal paintings. Almost at the ceiling, backed into the corner hung one of his most important works, "Black Square." With this exhibition, and his published Manifesto, From Cubism to Suprematism Malevich had, likely unbeknownst to him, changed art and possibility indefinitely. He paved the way for Constructivism and eventually to the Minimalist movement of the 1960s. 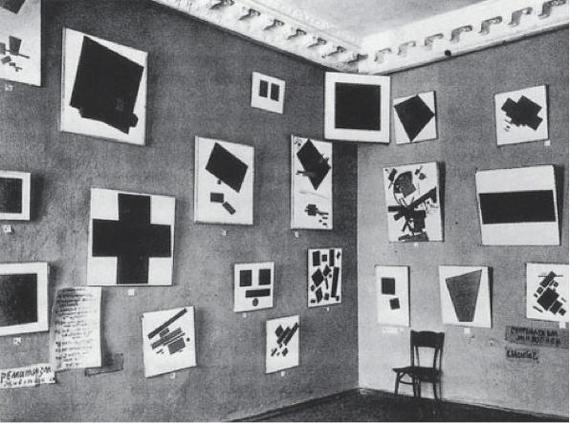 Malevich gave artists permission to pursue ideas that may not be convenient or inviting to a passerby and required the viewer to invest thought and perception in to what it was they were seeing or experiencing. (The Black Square can be traced back even further some 300 years prior to Malevich in a book written by Robert Fludd titled Utriusque cosmi maioris scilicet et minoris metaphysica, 1617, in which Fludd uses a black square with irregular sides as a metaphysical icon of the infinite.)

From Cubism to Suprematism declares "the supremacy of pure artistic feeling," and rejects the structures that lie in place before, restricting the artist to the realistic or even impressionistic rendering of objects. Artist around the world thereafter agreed and moved art forward, ignoring the vogue and challenging what could be.

The most obvious reference to Malevich's influence is, of course, the controversial white paintings of Robert Rauschenberg, first exhibited in 1953 in New York City. The paintings at the time were considered a "scandal," and inspired composer John Cage to create his own revolutionary work, "4'33"", which can be considered aural monochrome.

Donald Judd is quoted as saying "It's obvious now that the forms and colors in the paintings that Malevich began painting in 1915 are the first instances of form and color." Any number of Judd's cubes, as well as his philosophies, can be seen as parallels to Malevich's sensibilities and vision.

More recently one could draw conclusions to James Wellings' New Abstractions photographs that were created by dropping strips of cut paper onto photographic paper -- the result being a portrait of what is missing and can easily be compared to Malevich's "Supremus # 58" and "Suprematism #2" paintings.

Art no longer cares to serve the state and religion, it no longer wishes to illustrate the history of manners, it wants to have nothing further to do with the object, as such, and believes that it can exist, in and for itself, without "things."

-- From Cubism to Suprematism

My work, like most conceptual art, has often times been a challenge for some. I follow strict sets of rules, depending on the piece, which requires a conversation to explain. If there is anything I am certain of is that in this day and age, if any explanation of an idea in regards to art is more than 144 characters long, it is often met with the blankest of stares and the checking of phones.

Feeling that I had to address Kazimir Malevich while I was here, I have recreated his famous "Black Square" painting using the snow and the dark ice of the Baltic Sea. Approaching the execution of the piece as an action and documenting the process and event with video as well as photographs taken by Mikhael Sator. The location has been chosen as point Azimuth Zero (N 59.99702° E 29.79213°). Made in conjunction with the Russian collective: ACHROM SYMPOSIUM. 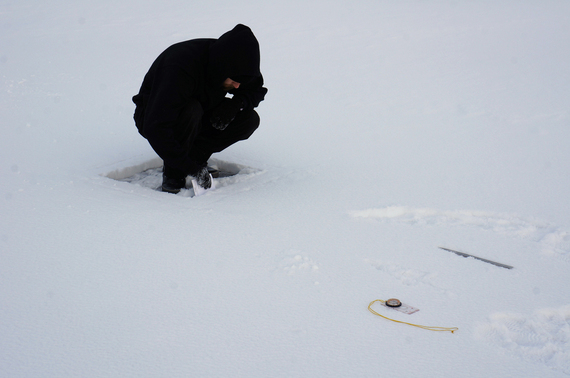 I have recreated the work to the exact dimensions of the original painting and carefully removed all of the snow from the ice's surface. That which remains is a visual reference to the 1915 milestone painting. The final work will consist of a photograph that is to be cropped and printed to the size of the original "Black Square" painting, along with the video document of the action. During the filming of the action the were deep booms in the distance, which sounded much like thunder, and was caused by the shifting ice further out at sea. 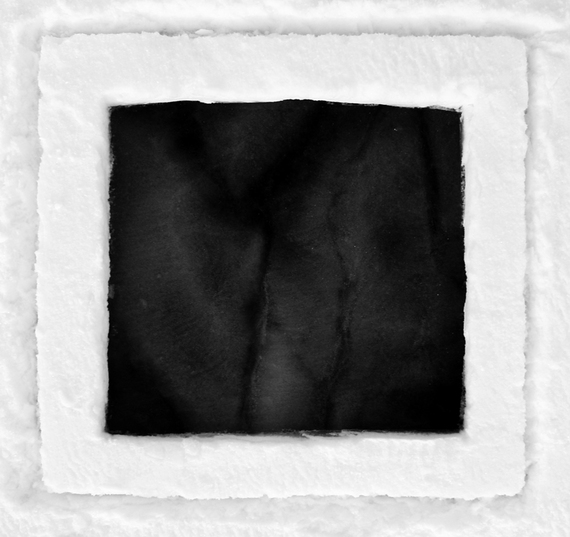 The work was made using snow for a few reasons. The sentence: "It wants to have nothing further to do with the object," in the above quoted text encouraged me to make something temporary that would pay homage without a continued existence outside of the photographic evidence of its creation. I also enjoy the thought that this snow has fallen time and again for ages on this land, and possibly fell during Malevich's time in Saint Petersburg (there are likely meteorologists rolling their eyes as they read this, but please forgive me I am a romantic).

I enjoy the thought that this work will continue to fall, for ages. 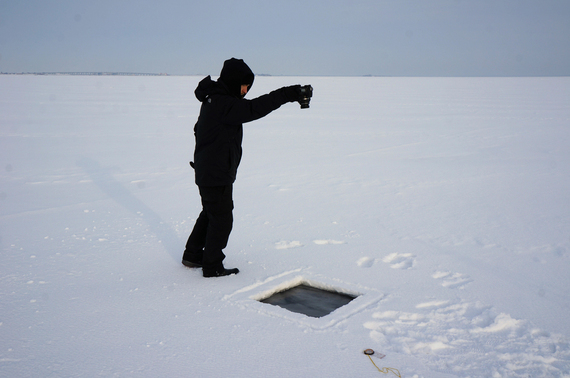 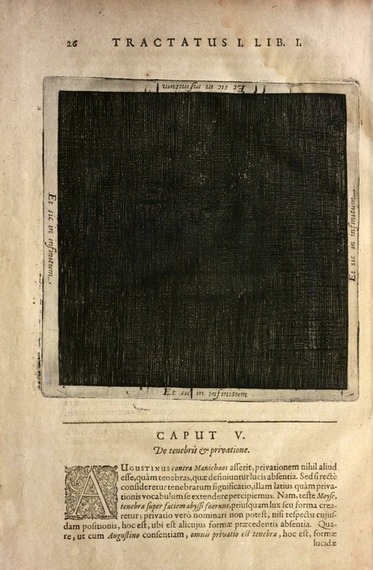 The complete After Malevich (Action) video (25 minutes in length) will be shown as part of the ACHROM SYMPOSIUM 2014 on February 21st in Kronstadt, Russia.