For centuries, man has placed his faith in an invisible force. Something that could be felt, feared even, but which remains unseen. Civilizations expanded and advanced around the world, in part due to the wind, or more aptly, because man learned how to secure canvas and sail around the world on this mysterious force. The wind can leave as quickly as it had arrived, leaving sailors sitting quietly on a vast glassy sea, their sails reduced to loose canvas lying in wait. Since ancient Egypt, men across the globe have been grasping at the wind. Gradually their ships grew larger with additional sails, until the picturesque ships of the Age of Sails were a common site in harbors around the world. 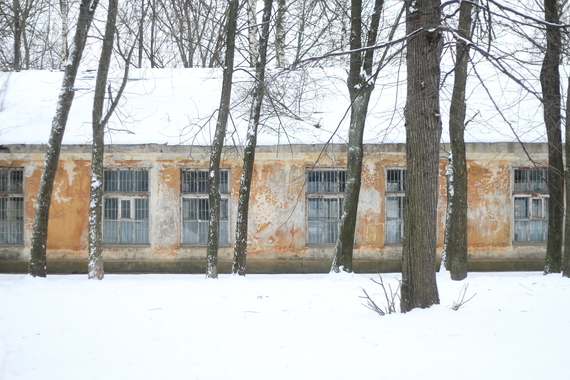 It is not far fetched then to consider that canvas has played a large role in the progression of civilization. First, in the distribution of men and their wares around world and later with the canvas stretched taught across wood in the form of paintings. The use of canvas for painting began being widely used in the 16th century by artists in Italy, due to the easy access to Venetian sail canvas, which was considered the highest quality. Previously, paintings had primarily been done on panel or as murals. The canvas was draped over wood and secured taught, much like its use on the ships, except now the woven threads would carry images of a time, and its period leaving evidence of its people, their struggles and their passions for us to cherish and contemplate thousands of years later.

This curious relationship between sails, canvas and art has been the catalyst for a number of the pieces I have made recently. From the painted sail shapes edition I produced in preparation for this residency, to the following works I have created since arriving. 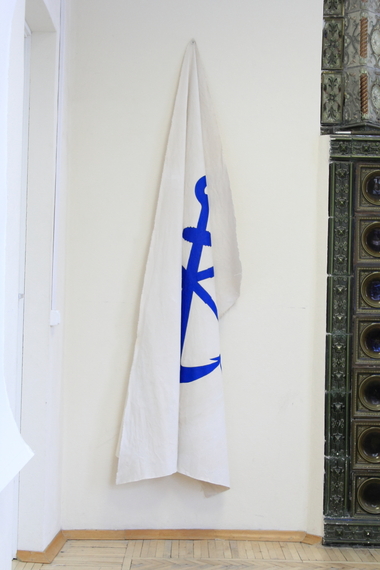 The canvas was cut to the shape of a Dipping Lugsail of a Russian Shebek from the Late 18th Century. The face of the sail features an anchor with a pair of crossed spyglasses in traditional maritime style. The painting hangs from its highest single point draping down the wall as a visual depiction of the absence of the wind, prompting the viewer to long for it to be pulled taught revealing its complete image, much the way a sail's full potential can only be realized when strung tight in the wind, for a sail with no wind is reduced to a mass of draped canvas.

This work also ties a connection with the painted canvas in museums and galleries and the painted canvas secured to masts. Its image of two spyglasses crossing an anchor tells of its name for a call to motion and an abandoning of anchorage, while it installation robs it of such drive as gravity pulls it towards the ground in the same manner an anchor is lured to the sea's bed from the same force.

The Vigilant and the Mischief were two America's Cup defenders for the United States. Both were victorious, the Mischief in 1881 and the Vigilant in 1893. The drawings are of their sails, rigging and masts and are drawn in scale relation to one another. I chose these two simply for their names, and arranged them in such a way to form a visual haiku. I will likely be making more of these drawings using other ships names. 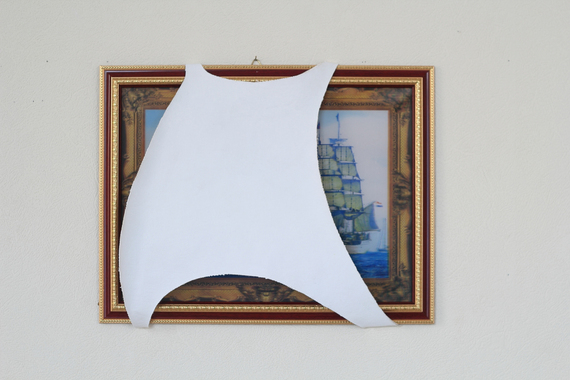 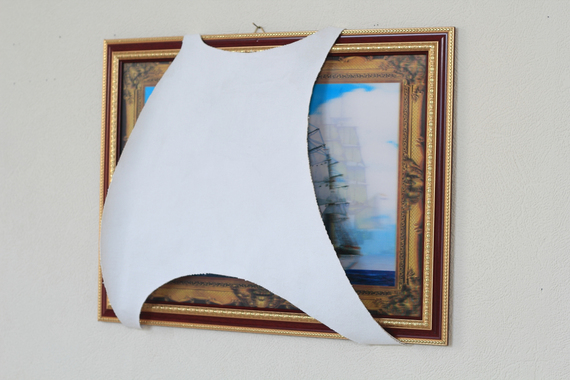 A painted canvas has been stretched across a lenticular photograph featuring ships that was purchased from a souvenir shop. Further exploring the relation between painted canvas and sails, this work finds the canvas secured to the back of the frame, while maintaining its shape as a sail. I decided to use a cheap lenticular as the base to display what it is to be foreign to a land where historic destinations are often littered with cheap renderings of the country's past. The image also displays our continued romance with the sea and the age of exploration. 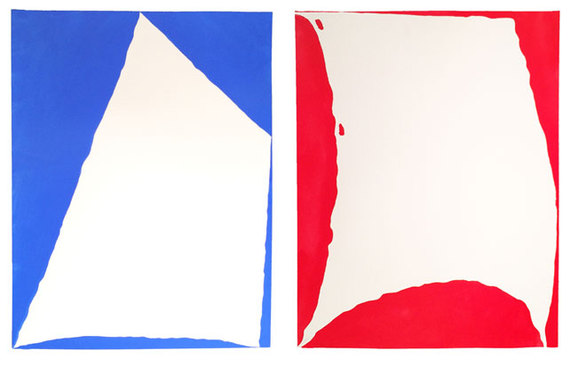 Studies for Sail Shapes; made in preparation for the residency 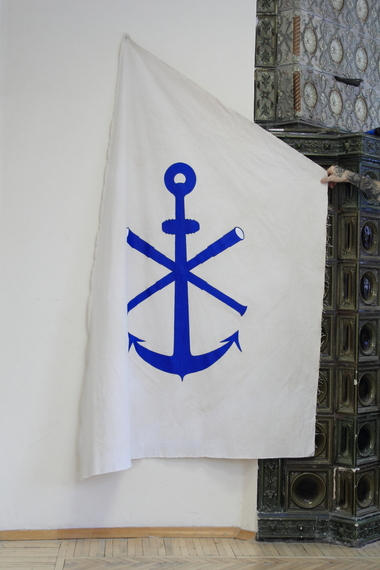 All Ways But Still -- detail/reveal