Today I awoke at 8:30 a.m., the sky was still occupied by the night, which persisted until about 11:00 a.m., when the sun began his slow tracking low in the sky. After gathering my camera and audio recorder I set out to find the sea, which turned out to be more difficult than I had thought considering I was staying about 300 meters from the water's edge. It seems an island that was considered the most fortified island in the world from the 1700s on, still had a few walls and gates in place. I finally found passage at the island's eastern most tip. Walking across a snow covered "beach," complete with umbrellas, changing stalls and stairs leading to the water of the Baltic Sea, which has already begun its retreat beneath the ice that grips it during the winter months. 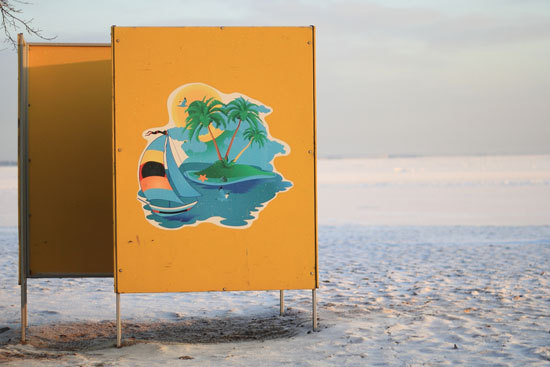 The light was incredible, soft with hints of gold, but unlike any light that shines in Southern California. It felt thin, crisp and rare and cast long soft shadows across the sparkling snow that blanketed itself from the land out onto the frozen sea. I could see a few of the manmade battlement islands that lay just off shore, silent now, like much of the island I was standing upon. 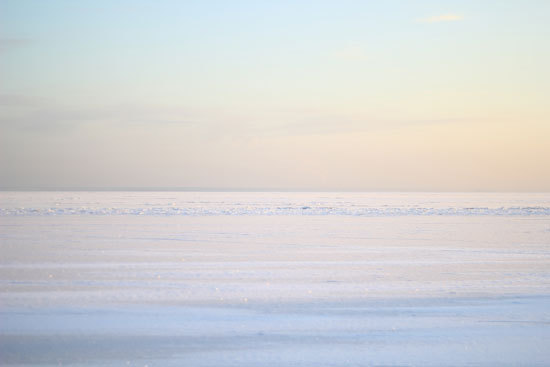 Making my way back to the street, I crossed over to the south facing shore. A boat sits to my left, smoke rolling slowly from its engine. I wonder if it will brave the ice, or if it will remain at a patient idle. As I get to the land's end, I see one of Krontstadt's many lighthouses standing before me across the water. Suddenly, I hear a slow creaking sound, and I hurry to get out my audio recorder, placing it on the walls edge I sit still and listen to the ice slowly moan, it is both beautiful and unnerving. I assume it was the tide going out and the ice not yet having the strength to support itself, due to the unseasonably warm weather Kronstadt has seen so far this winter. Sitting silently listening to it quietly bellow a foghorn blast came from a near by factory noting it was noon. I looked to see the sun lazily hanging low in the sky. After some time, I retrieved my recorder and started walking back towards the city center.

The entire island seems to be adorned with anchors, from gates to statues, doors to fences (I will try and document every anchor I come across). This theme finds itself in grand scale on the domed roof of the Naval Cathedral of Saint Nicholas where massive anchor reliefs are bound together by ornate ropes, all in brilliant gold. The Naval Cathedral is Kronstadt's most famous building, and demands your attention (I have the good fortune of having a view of its domed top and shimmering cross from my studio window). I will be exploring its interior at a later date today I only took it in from the outside. As I circled the cathedral walking back to the flat, I came across the beautifully ornate door featuring a pair of fish and a pair of anchors. Hanging above the doors was yet another anchor, which in that position felt more like an anvil. 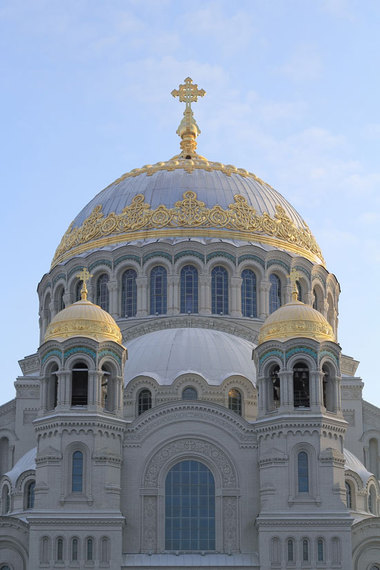 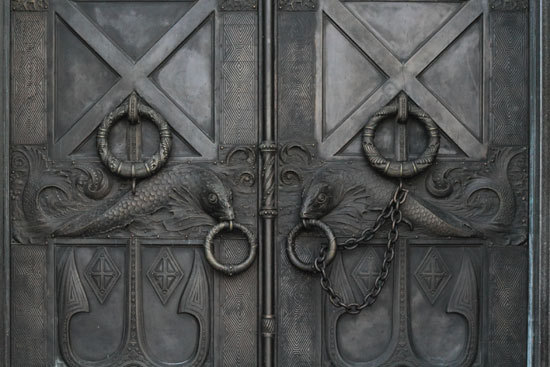 I felt it necessary that my first piece, created during my residency, be an anchor in harmony with the island's adopted icon. So as soon as I was back in my studio, I sat down and drew an anchor based on one from a gate I had seen earlier in the day. I will continue to illustrate a number of these in the coming month. 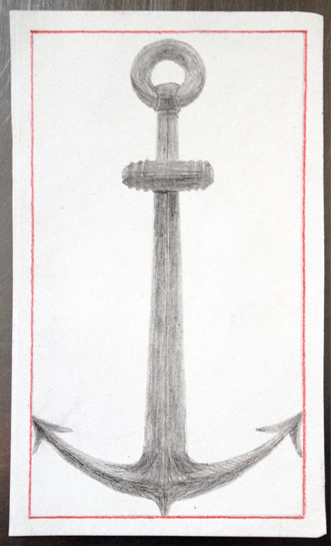