As the sun rises, I make my way through a steady fall of large snowflakes lazily drifting to the ground. They come to rest atop a thick layer of powdered snow that has accumulated from the night's work. I continue through the quiet streets to see and capture (photographically, of course, not to lay siege too) the tall white lighthouse that stands near the end of a pier in Kronstadt's southern harbor. I shuffle along trying to get my sea legs, or snow legs as the case may be. A number of ships sit silently on the frozen harbor that is now coming into view. At the foot of the pier stands a bridge that is only wide enough for a single car at a time, and drivers take turns with no light to direct them (apparently, Kronstadt only has one traffic light on the entire island).

A walkway that is part wooden and part steel hugs either side of the battle ready steel riveted drawbridge. Sharply dressed Russian soldiers are slowly making their way across the walkway with snow shovels working almost perfectly in time without having sight of one another. Crossing over, I head towards the quiet lighthouse down the long pier, which is blanketed in mostly untouched powder snow. The white wooden lighthouse that is square in shape, yet turned slightly out of alignment, looks very much in place with the thick snowfall. White ships flank its either side giving the entire scene the feeling of a faded black and white postcard. 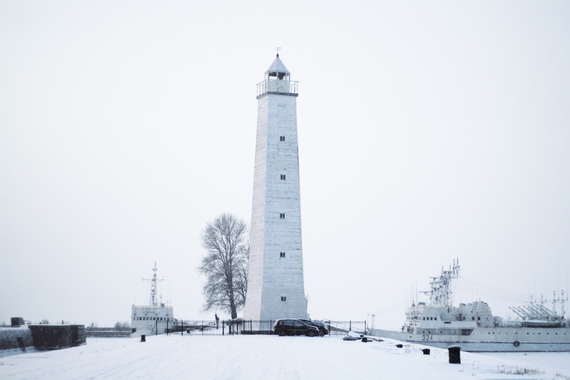 Setting up my camera about midway down the long tuning fork shaped pier, I begin to film the stillness. Battleships occupy the adjacent pier just across a narrow canal where soldiers are carrying out their duty clearing the paths and getting about their day. The lighthouse is silent. Its beacon lies still and logically so, considering the ice is working tirelessly at arresting the bay. Crows standing on its surface, which is covered in snow, could easily be mistaken for land if it were not for the massive ships resting both above and below its expanding solidity. A short time later a large ship sails into the harbor from the open sea crushing and displacing the ice and its efforts, its steel hull listless to the ice's attempts.

Over the course of filming the lighthouse, the sun began to overtake the clouds. Its orb could be seen filtered through the thick snow clouds and an unusually vertical beam of light shot above and slightly below its position. Slowly, the monochromatic scene of the lighthouse, ships and snow was warmed by the sun's low light, which was subtle, but magnificent. Life continued its progression beneath my quiet subject, as sailors with shifts complete leave the night behind them and are met by their comrades beginning their day.

Finishing up, I took my camera and proceeded to the foot of the lighthouse. Its weathered white paint flaking off of the wooden planks that carried it to the sky. Passing through a gate, I rounded the backside to discover its west-facing wall was painted red with a black strip running from the ground to its lens house. The paint was also faded and weathered, but striking all the same. The lighthouse's unique orientation made much more sense to me now and its beacon is likely positioned in the same direction. 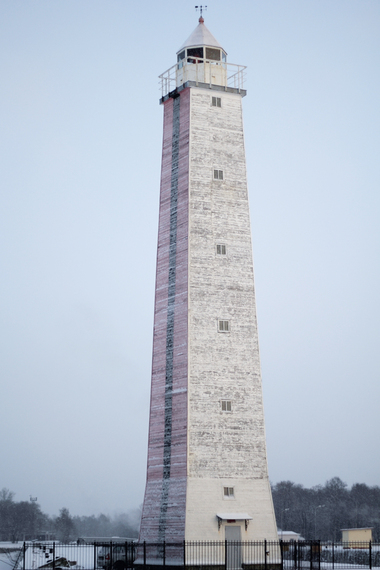 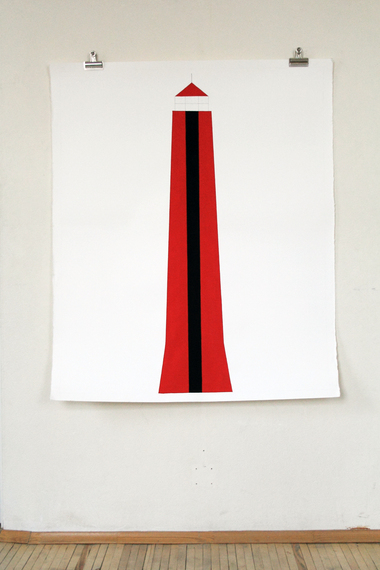 Heading back down the pier, I decided to check out a dock that seemed in disrepair just beyond the Navy's pier. Making my way through a park, the golden sunlight cast long shadows from the trees on the sparkling snow. Walking down to the derelict dock, I hesitantly approached its edge. The ice, whose surface had broken and refrozen a number of times, displayed a scattering of lines and triangular shapes whose details where masked by the blanket of snow that obscured them. I was reminded of Man Ray's "Dust Breeding" photography, but on a much larger scale. 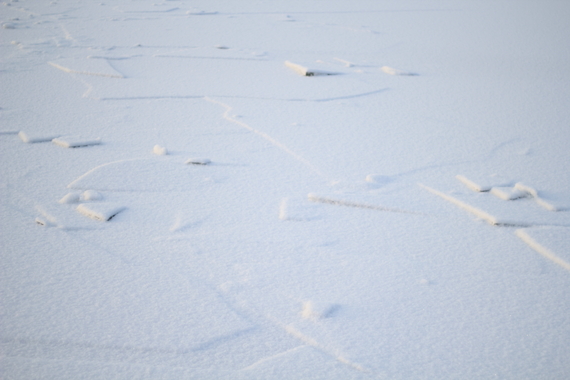 By this time, the cold had alerted me that I was foreign, and encouraged me back to the flat to process the beautiful morning I was allowed. 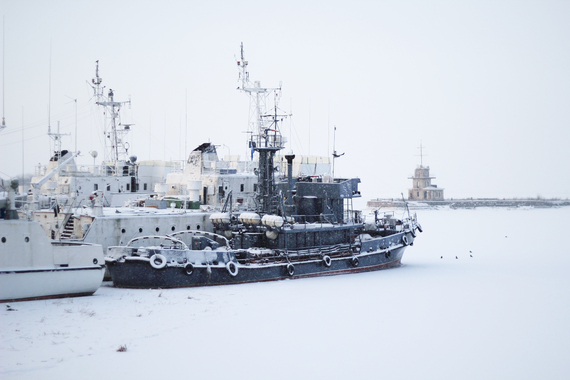