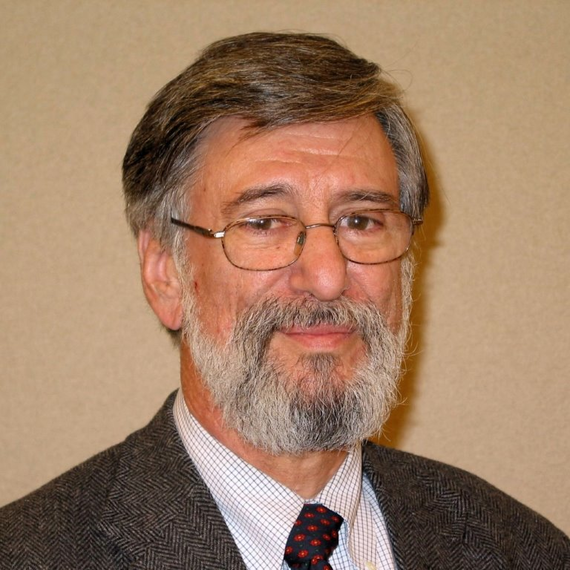 Marc Tucker, president and chief executive of the National Center on Education and the Economy, recently unveiled a proposed accountability plan for public schools that includes significantly reducing the number of tests students take, and building extensive professional development time for teachers into every school day. He spoke with the Education Writers Association.

Your plan is a consolidation of many of the individual arguments you've been making for years about public education. Why do you think now is the time is suggest a complete reboot?

Enough time has gone by, roughly 10 years, to judge whether the whole approach to accountability that we've been using makes any sense, whether it's had the effects that we've looked for. I think what the evidence shows pretty clearly is that it has not had the positive effect that its advocates had hoped it would and promised it would, and it's had many negative effects that were not anticipated when we went down this road.

More than that, I think we've had enough time to see the enormous damage that our current accountability system is now doing. I also think there is enough concern now about the road that we've been going down to open the possibility that we might, in fact, choose another path. There is now enough evidence from other countries that have indeed chosen another path that their set of strategies is producing superior results. There are countries doing very well on public education as a whole, and in particular for students who are parts of vulnerable populations -- the very population for which the accountability strategies that we have been pursuing were, in fact, intended.

Is your plan compatible with the Common Core State Standards?

I think our plan is actually necessary to implement the Common Core. The countries that are now greatly outperforming us all, more or less, decided that they needed to provide for virtually all of their kids a kind and quality of education that they had been providing only for a small elite group. It was in the process of making that decision, and as a consequence of making that decision, that they produced their own versions of standards that are very similar to those of the Common Core.

The Common Core essentially says that all kids will master the content that they study which is aligned to a standard that in the past was thought possible and necessary for the elite students. The question is what kind of policy context the Common Core is going to be implemented in. The answer to that question is going spell the success or failure of the Common Core, in my opinion.

There's been growing pushback in recent years against the culture of high-stakes testing. How do assessments fit into your accountability plan?

We made a very important decision when we insisted (as part of No Child Left Behind) on year-by-year testing, grade 3 through 8, for English and mathematics literacy. The country was used to paying very little money for its tests -- much less than most of the top- performing countries. When we insisted that our accountability plan required grade-by grade testing, it became impossible for states to use high-quality tests because we required so many of them.

Without quite realizing it, what the country did was create an accountability system that made it virtually certain that we would be unable to test the upper ranges of complexity and conceptual mastery that are absolutely required of our kids if they're going to be successful in the new global economy. That was a disaster, and it still is. The only way to get around that is to require, as the top performing countries do, fewer but much better tests.

In a recent Gallup poll, 33 percent of parents said they were in favor of their children becoming teachers, down from 43 percent in 2005. How significant is that slide?

Applications to schools of education have been plummeting. I've talked to deans in these education schools and to kids. One of the big reasons for the drop in popularity is that for kids who feel they have other options, we have made teaching even more unattractive as an occupation than it has been earlier.

The emphasis on test-based accountability has created an image of an occupation that is neither liked, nor trusted, by the public. It's an occupation that teachers increasingly are telling their own children to avoid. The kids we need the most to go into teaching, the ones graduating toward the top of their high school classes, are going to be the ones who are least likely to choose teaching as an occupation.

There is significant attention being focused right now on teacher preparation in the United States. Do you think we're reaching a tipping point?

This is not an easy fix. The countries that are doing the best on the PISA exams have made long-term investments in their teachers over the past 10, 20 and 30 years. They recruit from a higher segment of the high-school population, provide a first-rate education for them, and support them in the classroom. Then -- no surprise -- the performance of the kids improves, and when that happens, the public tends to trust the teachers. When teachers are more trusted, they have higher status. They get more autonomy, they're given more professional conditions for teaching, and so it becomes even more attractive as a career. This what I call a virtuous circle.

In the United States, it's a vicious circle, the exact opposite of what I just described. We see our kids are not doing well, they're falling further behind relative to many other countries. So we get angry, and we introduce test-based accountability. We implement punitive policies for teachers that drives away young people who are from the upper ranges of our high school classes. That gives us less-qualified people going into teaching, the children do even less well, we trust our teachers even less, and we punish them even more. This is an appallingly counterproductive strategy for this country.

If we want better outcomes for our children, we have to be willing to make the kind of investment in their educations, and changes in our societal perspectives, that bring about real change.