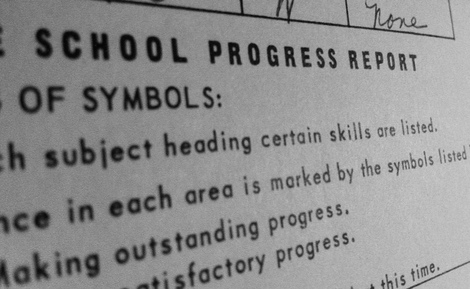 It's June, which means that the corporate-reform nest, the National Council on Teacher Quality (NCTQ), will be publishing a fresh set of useless teacher training program reviews.

NCTQ "rates" teacher training programs based upon artifacts. An NCTQ rating does not require a site visit. NCTQ even hires students and others to gather the superficial information upon which it bases its ratings.

When you read the NCTQ report it seems as if teacher prep institutions are the enemy. ...All of the data come from paper or online documents. None involved interviews or discussions with people at the teacher prep institutions. As hard as this is believe, it is the pattern that the NCTQ has followed since it was formed by the Thomas Fordham Institute. [Emphasis added.]

What is truly sad (and particularly telling) is that NCTQ will even grade a program that doesn't exist. Now, that has to be embarrassing.

So, in an apparent effort to demonstrate a credibility that it cannot possibly have based upon the superficial manner in which it "grades" teacher preparation programs, NCTQ accepted an offer to partner with the University of North Carolina (UNC) and Vanderbilt University in a 2015 study of NCTQ's teacher prep ratings.

The full study can be seen here:

UNC's report can be seen here.

The opening page of the full study offers this summary statement in bold:

With our data and analyses, we do not find strong relationships between the performance of TPP (teacher prep program) graduates and NCTQ's overall program ratings or meeting NCTQ's standards.

Overall, the review found most teacher prep programs were in the lowest [NCTQ] program score category, or Level 1, with less than 7 percent earning a program rating in the highest level category, or Level 3. The implication was that graduates from low-performing programs would be less effective at raising student performance, but the latest study uncovered little evidence that such is the case.

"In most, there was no difference," [Vanderbilt professor Gary] Henry said. "The last finding suggests that higher NCTQ ratings do not lead to better teachers or more student learning."

That assertion is based on the finding that classroom teachers working in North Carolina who graduated from programs that meet NCTQ's standards were more effective at raising students' test scores in 15 out of 124 comparisons -- or statistical tests -- and less effective in five comparisons, and no different in 104 comparisons.

But for Kate Walsh, president at NCTQ, the findings tilt in favor of NCTQ's ratings as indicators of quality.

"There are more positive findings than negative," Walsh said.

Walsh added that, because of NCTQ's inability to get good information on all teacher prep programs, "there's a lot of missing data."

"You can't really walk away from this concluding that the standards do or do not lead to more effective teachers, because there's too much missing data," Walsh said.

Excusing the poor outcomes of her NCTQ ratings due to "too much missing data" does not bolster Walsh's argument for her passing judgment on teacher training programs regardless.

For an enlightening read on NCTQ, I suggest chapter 18 in my book, A Chronicle of Echoes. The chapter includes documentation that NCTQ has since purged from its website, including two letters from university training programs refusing to participate in NCTQ's review.

In her response to the study's findings, Walsh appeals to university teacher training programs for "increased cooperation" in NCTQ's unaccredited-yet-highly-publicized judgments.

Note that this 2015 study was the first time NCTQ's declared standards had been put to any kind of formal test. And according to Walsh's response, it wasn't her idea. Yet she ends her response by noting that NCTQ has been passing judgments on teacher training programs since 2004. (NCTQ has been in existence since 2000, when it was created by the Fordham Institute to alter teacher training.)

The first formal assessment of an assessor in existence for 15 years. Ironic.

Since Walsh's NCTQ review is centered upon artifacts, it happens whether universities want it or not.

Walsh wanted the university review to support NCTQ's ratings. It did not. As the May 2015 Diverse Education article observes:

The study of the NCTQ Teacher Prep review was undertaken by NCTQ in collaboration with the University of North Carolina and Vanderbilt University. The universities were brought in to give the study credence that would not exist if NCTQ were to go it alone. But the fact that the researchers and NCTQ had different spins on the findings shows that the relationship between NCTQ and higher ed is still an uneasy one.

OR... the universities rightly identified NCTQ crap as... crap:

I do take issue with the term "higher performing teachers," which has become a euphemism for tying teacher professional value to student standardized test scores. But the fact that a formal study now exists demonstrating that NCTQ ratings also bear no significant connection to student test scores I find to be vindicating.

Such formal review of NCTQ "findings" should happen every year. Every year.

She will be posting this interview to her Edushyster blog.

So, expect more of Henry's thoughts on NCTQ's, uh, "quality." 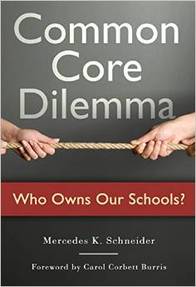