When it comes to middle school and high school math and science classes, boys continue to reign supreme.

A survey released Tuesday by the National Education Association, in conjunction with the American Association of University Women and Tufts University, describes the numerous gender gaps that teachers report seeing in schools, including a nationwide trend of boys disproportionately taking on leadership positions in science and math classes. The survey, which included 40,000 middle and high school educators, notes that these gender gaps extend to the professional world, with fewer women taking on leadership positions -- not only in STEM fields, but in most disciplines across the board.

Yet even as educators report seeing gender disparities throughout their schools, they may also be playing a role in perpetuating them. According to the survey report, titled "Closing The Leadership Gap: How Educators Can Help Girls Lead," many teachers display conscious or unconscious biases that likely influence how they perceive male and female student leaders.

When middle school and high school teachers were asked to describe the characteristics that make a good leader, they most often used terms not associated with any particular gender. For example, teachers were more likely to describe a good leader as "collaborative" or a "problem-solver," rather than "confident" or "compassionate." While terms like "problem-solver" and "collaborative" are considered gender-neutral, "confident" is a term typically associated with males, and "compassionate" is a term typically associated with females. 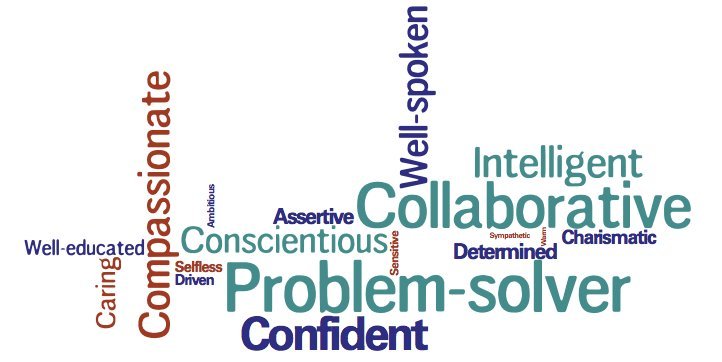 Notably, teachers who had participated in diversity training or who had fewer years of experience were more likely to choose gender-neutral terms.

Lily Eskelsen García, president of the NEA, the largest teachers' union in the country, told The Huffington Post that she didn't know exactly why newer teachers may have fewer gender biases associated with leadership. However, she suggested that it might reflect a more modern style of teacher training.

"I'm not surprised at all that there might be a generational gap," said García. "I really believe our colleges of education are trying to be much more culturally competent [...] and really have teachers question their internal biases."

When placed in realistic classroom situations, it's clear that some teachers harbor gender biases

Even though many teachers used gender-neutral terms to describe important qualities in good leaders, the survey found that such neutrality only extended so far. In a subsequent part of the survey, participants were asked to read a passage describing a student leader. One group of participants was told that the student was named Jacob, while the other group was told that the student was named Emily.

When evaluating the students, educators were more likely to describe Jacob in stereotypically male terms, like "aggressive" and "assertive." Emily, on the other hand, was more likely to be described as "bubbly" and "hard-working." Notably, though, a sizable number of teachers used gender-neutral terms to describe the student leader, regardless of whether they were reading about Jacob or Emily.

Evidence suggests that this kind of bias in the classroom can lead to students being pigeonholed into specific roles and fields. Surveyed educators reported that they rarely saw female students taking on leadership roles in STEM classes and clubs. At the professional level, girls and women are significantly less likely to take up careers in the STEM fields.

"[Teachers] live in our society, so they see who the scientists are. And by and large, they're men," NIU professor Jennifer A. Schmidt told The Huffington Post in April. "They went through education in the sciences and see those students in those classrooms. I imagine a lot of it is just living in a society with gender bias, and it's hard not to absorb some of that."

Educators' attitudes can make all the difference

Tuesday's report recommends diversity training and professional development classes, both for students studying to become teachers and for experienced educators. It also recommends that teachers do their best to emphasize the leadership ability of girls.

"There are lots of people that may have lessons [...] for kids [like], 'Girls are just as good as boys and can be anything they want,'" said García. "But it's a very different thing when you're talking about, 'And girls can be leaders, women can be leaders.'"

"It's essential in really any underrepresented class, whether ethnic or LGBT," she continued. "Students have to be able to say, 'Someone like me made it, someone like me did something impressive.' If you never see 'someone like me,' there's something that stops you from even thinking that someone like you can achieve."

States With Best Educational Outcomes For Girls
More:
sexism in STEMlily eskelsen garciaParentsGirls In Stemnational education association
Newsletter Sign Up
Raise the kind of person you'd like to know
Subscribe to our parenting newsletter.
Successfully Subscribed!
Realness delivered to your inbox