We hope that Neal Schon and Michaele Salahi never tire of the drama because it looks like, for these two, they just can't escape it.

On Wednesday, TheDirty.com released a nude self-portrait (to see the image click here) of Schon that was reportedly taken two years ago. The website also reported that Schon sent the image to a married woman via Facebook, putting a major strain on his relationship with Salahi when she found out.

But according to Schon's reps, the story is much more complicated: "Neal has received menacing texts messages over the past couple weeks from a person he has never met, telling him that he was in possession of Neal's stolen phone and threatening to release the photos. Apparently this person decided to carry out his threats."

But Schon isn't taking the invasion on his privacy laying down. His rep confirms that he has hired counsel and is "taking immediate legal action against all parties involved in this matter." The rep also makes it clear that the photo has not at all derailed the relationship between Schon and Salahi, the PDA pair are still going strong.

"It is sad that ex-girlfriends, ex-wives and ex-husbands cannot move on with their lives and are apparently using every effort to squeeze money out of Neal purely out of jealousy and greed," the rep continued. "As a note to their fans, Neal and Michaele are doing great and are very much in love."

There you have it, this is one nude photo scandal that won't end in a breakup. 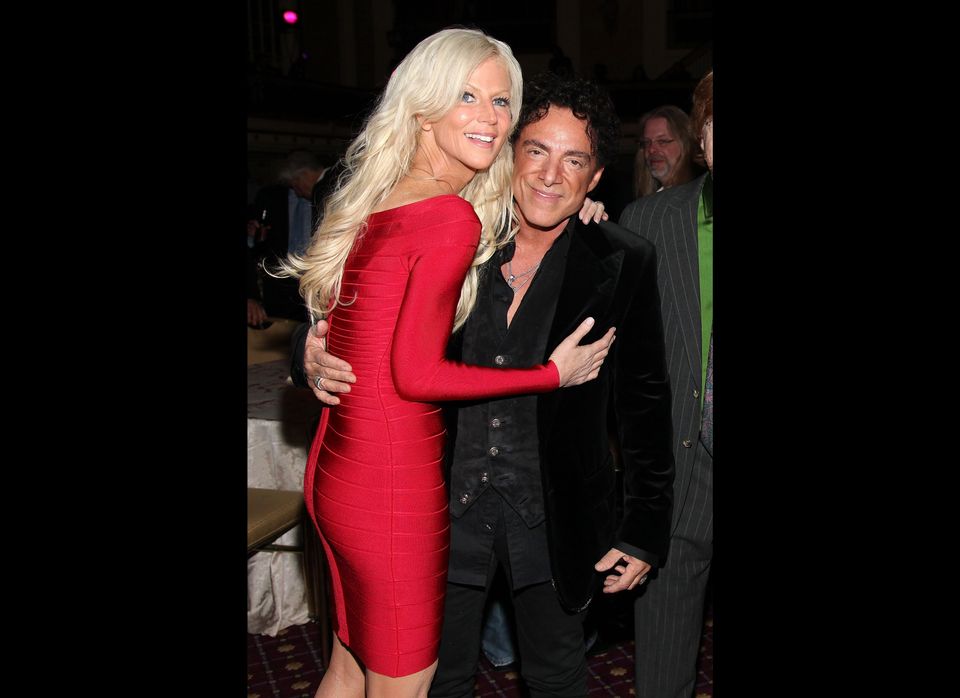