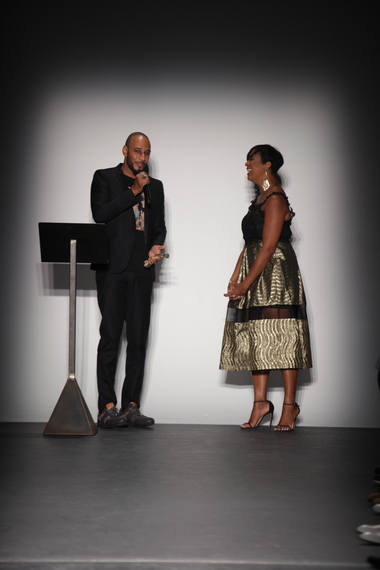 Nine years ago, I had an idea to produce a fashion show in Harlem, which would later be known as Harlem's Fashion Row (HFR). Over the years, my purpose for HFR has become clearer than ever; I now realize, I'm the vessel that's being used to provide a platform for multicultural designers. At HFR's 9th annual Fashion Show and Style Awards, sponsored by CoverGirl and Motions, I reminded the audience that HFR is ours. Some people would say the fashion industry is not warm and definitely not friendly; however, I've experienced something quite different. There are more people than I could even begin to name that have allowed HFR to succeed.

Before our designers presented their collections, we acknowledged those in this industry who have made exceptional accomplishments. They all had the most incredible stories behind their rise to the top. We honored Elaine Welteroth, the Editor of Teen Vogue, Kyle Hagler, the president of Next Model Management, Eric Archibald, esteemed celebrity stylist, and our 2016 ICON 360 Award recipient Swizz Beatz.

As of now, the staggering statistic is still true. Only 1 % of designers shown during NYFW, are carried in major department stores, look like most the designers that show with HFR. I believe it's up to all of us, to support multicultural designers. They need us. They don't have it all together, so we need to offer advice, take the time to review their collections, help them with their lookbooks, connect them with buyers, give them a placement, or feature them in a story. The designers selected were JRU by Jakai Franks, Lois London by Rahdika Perera-Hernandez, Kahindo by Kahindo Mateene, and Terese Syndonna by Terese Brown. 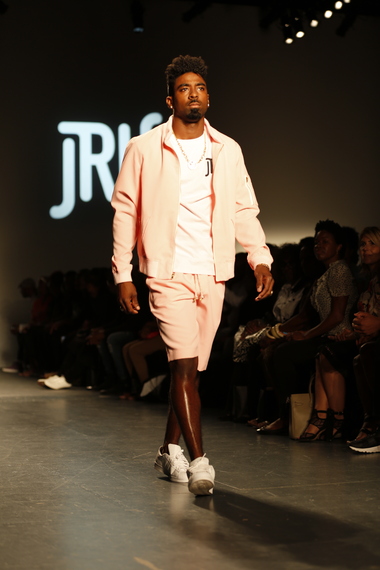 Each designer brought a different point of view to Fashion Week. JRU was selected from a partnership with Shiona Turini and Bermuda Fashion Festival. He presented a collection that was a fresh take on menswear, influenced by the colors and culture of Bermuda. Lois London made us all want to head back to the beach in her collection of resort wear that resulted in claps from a usually cool and collected fashion crowd. Terese Sydonna, who is currently sold in over 10 stores nationwide, speaks to the real woman that is looking for solution based contemporary clothing that sparks confidence in every woman no matter what size she is. Kahindo played with fabrics inspired by her Congolese roots. She presented a women's wear collection with an abundance of texture and models that hit the runway with gold brushed bare feet.

Multicultural designers often find the fashion industry inaccessible. We had global PR Directors, top publicists, influencers who have connected HFR with the White House, and a host of top fashion editors. The fact that we had over 400 top fashion influencers, including editors from major magazines, attend the event at Pier 59, proves that the fashion industry wants to see multicultural designers win. HFR exists because we believe that our voices matter, our lives matter, and most of all, our points of view matters. 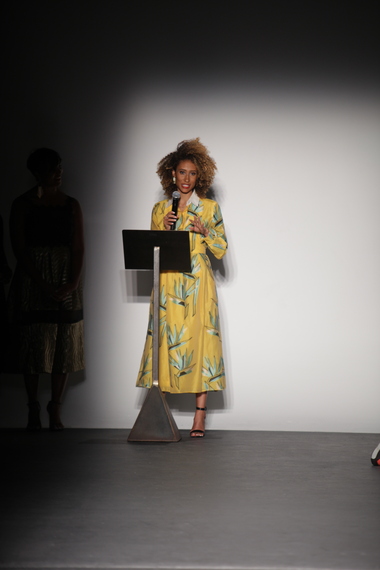