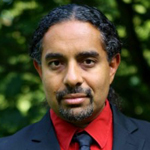 By Ramez Naam
This is Part Two of a five-part series by Ramez Naam, Singularity University Adjunct Faculty, exploring the power of innovation to boost our access to energy, food, water, raw materials, and human population. All are based on his new book, The Infinite Resource: The Power of Ideas on a Finite Planet.

In Part One of this series I showed that we have access to a huge amount of energy from the sun, and that every passing year is allowing us to harness exponential more of that energy for the same cost. 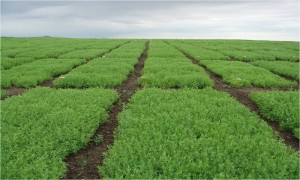 Food is arguably the most critical resource a society has. Past civilizational collapses, like those of the Maya, almost inevitably come back to a failure of food production.

Humanity produces more food today than ever before, but in recent years demand has risen faster than supply. As a result, food prices have soared over the last 5 years to more than double their previous levels. This is even more worrisome because the UN Food and Agriculture Organization estimates that we'll need to grow 70% more food by 2050 to keep up with demand.

Yes. IF we innovate in food production fast enough.

We haven't been standing still in food production. Over the last half century, the world has roughly tripled its food production. Looking at grains, we've gone from less than 900 million tons of grain produced per year to more than 2.6 billion tons. 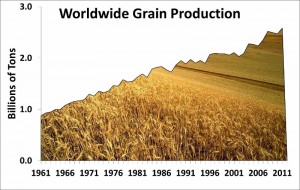 Figure 1 - The world has roughly tripled total food grown since 1961.

While pessimists in the 1960s (and far earlier) projected that food production couldn't possibly keep up with population growth, in fact, it has. Food production has grown faster than population, so that we now produce around 25% more calories per person alive on the Earth than we did in the 1960s.

Yet we need to keep moving. With population rising (more importantly) with people around the world shifting to less efficient meat- and dairy- heavy diets, we need to hit that 70% growth target by 2050. Ideally we'd go beyond that level, creating a surplus and bringing good prices down.

The Limits of Food Production on Earth

How much food can the planet grow? Farms are essentially solar power collectors, capturing the sun's energy in a chemical form, which we can then consume. A typical acre of corn field in the US will produce perhaps 150 bushels of corn each year - quite a bit. The calories in all that grain, however, represent less than 1/1000 of the sunlight that falls on a typical acre of land in a year. Farms are incredibly inefficient. That's good news. It tells us that there's tremendous headroom to grow food production per acre before we're running into limits of available energy.

There are other limits, of course - water, nitrogen, phosphorous, and other nutrients in the soil all place limits on the amount of food that can be grown on an acre. Looking at all of these, an International Food Policy Institute study (pdf link) concluded that the maximum practical amount of grain the world could grow on current farmland was 72 billion tons.

Given that today we grow only 2.6 billion tons, that suggests that the headroom is a factor of 27 times more food than the planet grows today - not a factor of 1000, by any means, but a number so large that it places no effective limit on our ability to feed the planet's population over the coming century. 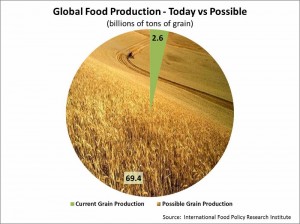 Tapping Into the Potential

As with energy, the limit on our access to food is the not the true size of the natural resource. The limit is our ingenuity. Can we be clever enough to continue to increase the amount of food the world grows? Can we accelerate that pace to stay ahead of rising global demand?

There are no guarantees, but I believe we can. Today, crop yields per acre in the US and Europe are already double the yields of the world as a whole. Put another way: we already know we can double total world food production by applying rich-country methods - mechanized farm equipment, irrigation, and synthetic fertilizer. That takes capital. Yet as the developing world grows richer, those funds become more and more available.

There are also developments in biotechnology on the horizon that look extremely promising as ways to increase yields even where heavy investments in farm equipment, fertilizer, and irrigation aren't possible. One of the most exciting is the C4 rice project. Rice (and wheat and most other grains) use a type of photosynthesis called C3 to turn water, sunlight, and carbon dioxide into sugars we can eat. Corn and sugarcane use a more recently evolved type of photosynthesis called C4. As a result, corn fields yield around 70% more calories than comparably sized rice and wheat fields. They also need less water and less fertilizer. The C4 rice project aims to create an upgraded form of rice that uses C4 photosynthesis, and thus grows more food, with less water and fertilizer. A similar project is doing the same for wheat.

Yet another project is taking the ability of legumes (peas and soy, for example) to fertilize themselves by extracting nitrogen from the air, and attempting to engineer that capability into cereal crops such as corn, wheat, and rice. As with the C4 project, that would be a tremendous boon to poor farmers in the developing world who can't easily afford fertilizer, and would raise crop yields in the poorest parts of the world especially.

The planet is capable of growing tremendously more food than we need. The potential is out there. If we can raise global wealth fast enough, and if we can innovate fast enough in food biotechnology, we can tap into it.