If you don't already wear eyeglasses, there's a good chance you will by the middle of this century.

A new study predicts that by 2050, 4.8 billion people -- about half the global population -- will be afflicted with nearsightedness, or myopia, a common eye malady that causes distant objects to appear blurred while close objects can be seen clearly.

That would be a threefold increase from 2000. Additionally, one out of 10 people are predicted to be at risk of blindness.

A likely culprit in the surge in myopia, called shortsightedness in some parts of the world, is the amount of time people are spending inside, staring at computer and cellphone screens, according to the study, published online Feb. 11 in the journal Opthalmology.

Kovin Naidoo, a co-author of the study, told The Huffington Post Australia in an interview that the prediction should be taken seriously.

"This is a true global health crisis, and is rare in that whether you live in Africa or Australia, it will have a huge consequence," Naidoo said.

The study, led by Brien Holden of the Brien Holden Vision Institute in Sydney, crunched data from 145 studies that included 2.1 million participants. It estimated that by 2050, there will be about 4.8 billion people with myopia (49.8 percent of the world population) -- up from an estimated 1.4 billion (23 percent) in 2000.

The projected increase in nearsightedness, the authors wrote, is "widely considered to be driven by environmental factors (nurture), principally lifestyle changes resulting from a combination of decreased time outdoors and increased near work activities, among other factors." Family history also is a factor.

"Among environmental factors, so-called high-pressure educational systems, especially at very young ages in countries such as Singapore, Korea, Taiwan, and China, may be a causative lifestyle change, as may the excessive use of near electronic devices."

"Some argue it’s about looking at further distances, and there's some evidence that it’s because of a chemical release in the retina," Naidoo said. "More results are coming in around the globe all the time, but the reality is there is acceptance on the fact that spending two hours or more outside is protective."

Equally as important, Naidoo said in a statement, is that children receive regular eye examinations.

So, put down the phone, head outdoors and look to the horizon. Doctor's orders. 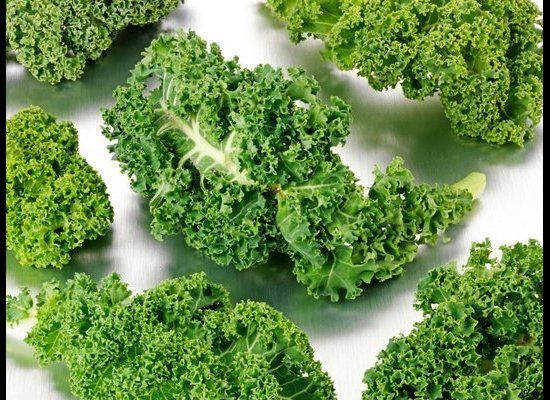 1 / 6
Kale, Spinach And Collards
Lutein and zeaxanthin are antioxidants that protect and maintain healthy cells -- and they're abundant in these dark, leafy greens, Caplan explains. She quotes <a href="http://www.aoa.org/" target="_hplink">The American Optometric Association,</a> which has reportedly said they act like "internal sunglasses" that can "filter harmful blue waves." Another bonus? "These [greens] are also high in vitamin A, which is good for the eyes," Caplan said.
Alamy