This article is part of HuffPost’s Project Zero campaign, a yearlong series on neglected tropical diseases and efforts to fight them.

More than 1 billion people on the planet suffer from illnesses that the world pays little attention to.

Neglected tropical diseases are a group of at least 18 diseases that primarily affect people living in poverty in tropical regions of the world and are virtually unknown elsewhere, according to the World Health Organization.

These are diseases like river blindness, which has infected 18 million people worldwide and caused blindness in 270,000 people; or elephantiasis, a leading cause of disability worldwide, which affects over 120 million people and can cause severe swelling of the body parts, usually the legs or the scrotum.

While only some of these illnesses can be fatal, many of them can cause lifelong disabilities or disfigurement. And even though many neglected tropical diseases are preventable and treatable, getting proper medical care to the people who are most vulnerable can be challenging, as the diseases primarily affect people in high-poverty communities with limited access to health services.

“Because they are a threat only in impoverished settings, they have low visibility in the rest of the world,” WHO Director-General Margaret Chan says in a 2010 report. “While the scale of the need for treatment is huge, the poverty of those affected limits their access to interventions and the services needed to deliver them.”

It’s tough to identify a single cause for the neglect. While some criticize the pharmaceutical industry for not investing enough in treatments for neglected tropical diseases ― likely because the poor populations affected wouldn’t make for a profitable consumer base ― others say it’s not Big Pharma’s job to make “non-profit medicines,” reports The Guardian. There have also been notable efforts by countries and drug companies to work together to tackle these diseases.

Governments should prioritize research and funding to fight these diseases, the WHO’s Ashok Moloo told The Huffington Post. And they should seek to improve conditions in poor communities that are hardest-hit, for instance, by investing in clean water and sanitation, which would help curb the spread of some diseases.

There is one thing everyone can agree on: Far more needs to be done.

Here is a list of the neglected tropical diseases that are all too often ignored.

Lymphatic filariasis, more commonly known as elephantiasis, is a leading cause of disability worldwide, according to the U.S. Centers for Disease Control and Prevention.

It affects over 120 million people around the world, and can cause severe swelling of the body parts, including the legs and scrotum.

While people are usually infected in childhood, the painful, disfiguring symptoms of the disease only show up later on in life.

Onchocerciasis, commonly known as river blindness, is an eye and skin disease that can cause severe itching and visual impairment ― including blindness.

Around 18 million people are infected. Of those, over 6.5 million suffer from severe itching, and 270,000 are blind.

The disease is caused by a parasitic worm, transmitted through bites from infected blackflies. The worm can live for up to 14 years in the human body ― and each adult female worm can be more than 1.5 feet long.

Chagas disease is a potentially life-threatening illness. In the first months after infection, symptoms are mild, including skin lesions and fever. But in its second, chronic phase, up to one in three patients develop cardiac disorders, which can lead to heart failure and sudden death.

The disease is transmitted to humans by “kissing bugs,” which live in the walls or roof cracks of poorly constructed homes in rural areas, according to the WHO.

Of the estimated 6 million to 7 million people affected worldwide, most live in Latin America, but the disease has also spread to the United States: Around 300,000 people in the U.S. have Chagas disease, according to the Dallas Morning News.

Dengue is a flu-like illness that can sometimes be lethal.

In 2015, more than 2 million cases of dengue were reported in the Americas ― and in some Asian and Latin American countries, “severe” dengue is a leading cause of serious illness and death among children.

Dengue is spread by the Aedes aegypti mosquitoes ― the same type of insect that transmits Zika. To reduce the risk of bites, the WHO recommends covering water containers, using insecticide, having window screens and wearing long sleeves.

People can be infected for years without signs, but in the second stage, patients can suffer behavior changes, hallucinations and even slip into a coma and die.

The WHO has identified sleeping sickness as a disease that could be eliminated worldwide by 2020 if the right resources are dedicated to it.

There are several forms of leishmaniasis, including visceral, which can be fatal, with symptoms including fever and weight loss; and cutaneous, the most common form, which causes skin lesions, leaving lifelong scars and disability.

The disease, spread by sandflies, affects some of the poorest people on earth, according to the WHO, and is associated with malnutrition and poor housing.

Leishmaniasis is climate-sensitive, affected by changes in rainfall, temperature and humidity ― which means it could be exacerbated by global warming.

Trachoma is an eye disease, which if untreated, can cause irreversible blindness.

It causes visual impairment or blindness in 1.9 million people, per the WHO.

The disease is present in poor, rural areas of 42 countries in Africa, Latin America, Asia and the Middle East ― but Africa is the most affected.

Rabies is almost always fatal once symptoms show up, according to the WHO.

Mostly transmitted to humans by pet dogs, rabies causes tens of thousands of deaths every year.

The disease is present on all continents except Antarctica ― but more than 95 percent of human deaths due to it occur in Asia and Africa. It is a neglected disease primarily affecting poor populations, where vaccines are not readily available.

Leprosy is a chronic disease, which when untreated, can cause permanent damage to the skin, nerves, limbs and eyes.

While the stigma associated with the disease means people are less likely to seek treatment, leprosy is curable, and treatment early on can avoid disability.

Leprosy was eliminated as a public health problem in 2000 ― meaning there is now less than one case for every 10,000 people worldwide.

Schistosomiasis is a chronic disease that causes gradual damage to internal organs. Symptoms include blood in urine, and in severe cases, kidney or liver failure, and even bladder cancer. Around 20,000 people die from it each year.

“[People] get it as kids bathing in water,” Sandrine Martin, a staff member for the nonprofit Malaria Consortium in Mozambique, told HuffPost. “But the symptoms, like blood in the urine, only develop later ― and then people tend to hide it because it’s in the genital area.”

Chikungunya is a disease that causes fever and severe joint pain, according to the WHO. While it is rarely fatal, it can be debilitating.

Since 2004, it has infected more than 2 million people in Asia and Africa.

There is no cure for the disease, which is transmitted to humans by infected mosquitoes.

The name comes from a word in the Kimakonde language, spoken in some areas of Mozambique and Tanzania, that means “to become contorted” ― a nod to the hunched-over position of people who are affected with joint pain.

Echinoccosis is a parasitic disease that leads to cysts in the liver and lungs.

While it can be life-threatening if untreated, even people who receive treatment often have a reduced quality of life, according to the WHO.

Found in every continent except Antarctica, the disease is acquired by consuming food or water contaminated with tapeworm eggs, or through direct contact with animals who carry it, such as domestic dogs or sheep.

Foodborne trematodiases can cause severe liver and lung disease, and on rare occasions death.

Most prevalent in East Asia and South America, the disease is caused by worms that people get by eating raw fish, shellfish or vegetables that have been infected with larvae.

While early, light infections can be asymptomatic, chronic infections are severe.

More than 56 million people were infected with foodborne trematodes, and over 7,000 people died in 2005, the year of the WHO’s most recent global estimate.

Buruli ulcer is a skin infection caused by bacteria that often starts as a painless swelling, but without treatment, it can lead to permanent disfigurement and disability.

The exact mode of transmission is still unknown ― but the majority of cases, if detected early enough, can be cured with antibiotics.

Yaws is a chronic, disfiguring childhood infectious disease. Affecting skin, bone and cartilage, the symptoms show up weeks to months after infection and include yellow lesions and bone swelling.

More than 250,000 cases of yaws were reported from 2010 to 2013, WHO told HuffPost. A lack of clean water and soap for bathing contributes to its spread.

Only 13 countries are known to still have cases of yaws, including Ghana, Papua New Guinea and Solomon Islands.

Soil-transmitted helminth infections are among the most common infections worldwide and affect the poorest communities. People are infected by worms transmitted by human feces contaminating soil in areas with poor sanitation.

People with light infections usually have no symptoms. Heavier infections can cause diarrhea, abdominal pain, general weakness and impaired cognitive development. Depending on the number of worms, it can lead to death.

Up to 2 billion people are infected worldwide, according to WHO. But because infections can be light, not all patients suffer, WHO’s Ashok Moloo told HuffPost.

Taeniasis is an intestinal infection caused by tapeworms, which mostly causes mild symptoms, such as abdominal pain, nausea, diarrhea or constipation.

But if larvae infect the brain, causing neurocysticercosis, the disease can cause epileptic seizures and can be fatal.

People get it by eating raw or undercooked infected pork. The ingested tapeworm eggs develop into larvae and migrate through the body.

Taeniasis is underreported worldwide because it is hard to diagnose in areas with little access to health services, according to the CDC.

Guinea-worm is a crippling disease that it is close to being eradicated.

The disease is usually transmitted when people with limited access to quality drinking water swallow stagnant water contaminated with parasites.

About a year after infection, a painful blister forms ― most of the time on the lower leg ― and one or more worms emerge, along with a burning sensation. It is rarely fatal, but can debilitate infected people for weeks.

This series is supported, in part, by funding from the Bill & Melinda Gates Foundation. All content is editorially independent, with no influence or input from the foundation.

If you’d like to contribute a post to the series, send an email to ProjectZero@huffingtonpost.com. And follow the conversation on social media by using the hashtag #ProjectZero. 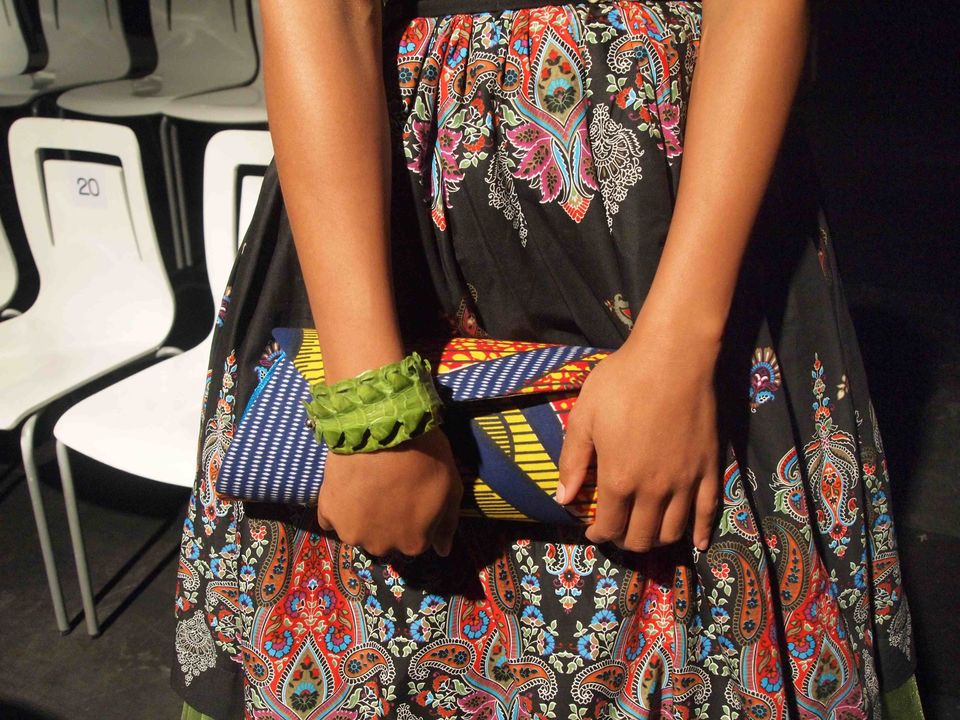