THE HAGUE, Netherlands (AP) — An American teenager has won a prestigious international prize for her charitable work to help orphans in India and other vulnerable children.

Neha Gupta, an 18-year-old of Indian descent from Philadelphia, was awarded the International Children's Peace Prize Tuesday by Nobel Peace Laureate Desmond Tutu at a ceremony in The Hague.

She was honored for setting up a foundation called Empower Orphans when she was just 9 after visiting an orphanage in India. The foundation has since helped thousands of children.

Marc Dullaert, founder of children's rights organization KidsRights, says Gupta, "discovered at a young age that it is possible to take action as a child and help vulnerable children." 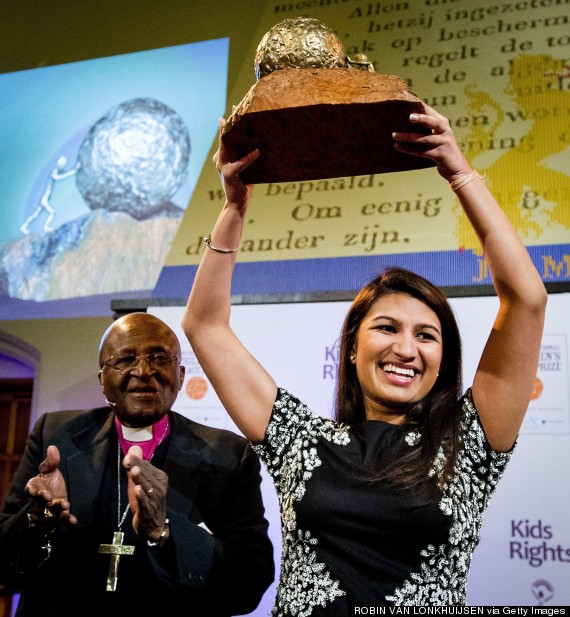