Fourteen months before taking that celebrated first step on the moon, astronaut Neil Armstrong took a ride in a bizarre test vehicle at a training facility in Houston--and narrowly escaped death when it veered out of control and crashed.

Armstrong was about 30 feet above the ground when the LLRV's rockets failed. The craft lurched violently and began to lose altitude. Armstrong struggled to regain control before deciding it was a lost cause. He ejected from the LLRV moments before it crashed and exploded, as can be seen in this video.

Despite the incident, Armstrong praised the craft humorously dubbed the "flying bedstead," saying it did "an excellent job of factually capturing the handling characteristics of the lunar module in the landing maneuver."

In fact, the simulator that nearly cost Armstrong his life may have saved his life and that of fellow Apollo 11 astronaut Buzz Aldrin the day they touched down on the moon. As the website of NASA's Dryden Flight Research Center explains:

The worth of the LLRV-LLTV program was realized during the final moments before Apollo 11 astronauts Neil Armstrong and Edwin "Buzz" Aldrin completed the first moon landing in the LM named Eagle. As the two men were getting close to the moon's surface, Armstrong saw they were nearing a rocky area. He disregarded the LM's automatic landing system and switched to manual control during the last moments of descent. Armstrong landed the LM on a safer, more suitable spot and was able to report, "Houston, Tranquility Base here...the Eagle has landed." 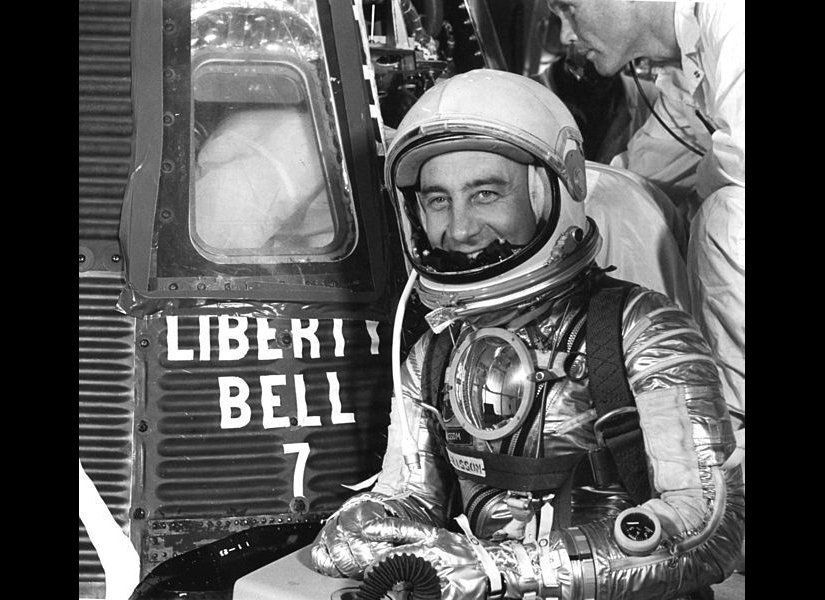 1 / 11
Liberty Bell 7 Sinks
After the second manned space mission in 1961, the Liberty Bell 7 capsule was afloat in the Atlantic ocean, awaiting recovery. Astronaut Gus Grissom reported that he heard a dull thud as the hatch blew open--the module began filling with water, and Grissom had to struggle to escape before it sank. Did Grissom "screw the pooch," as Tom Wolfe famously wrote in <i>The Right Stuff</i>? Or was there a mechanical malfunction? The world may never know.
NASA