Neil Barofsky, the former Inspector General of the Troubled Asset Relief Fund, can sum up the state of the nation in two words: "Pretty fucked."

The concise assessment came Tuesday during a question and answer session on Gawker, during which a commenter asked: "So we're just totally fucked, right? As citizens, like no-way-out fucked?" The former bailout watchdog, who is currently promoting his new book Bailout, went political with his message.

"We need to convince those seeking or trying to retain power that they will not get our votes unless and until they commit to meaningful change of a financial system," he wrote in the Q&A.

With his f-bomb, Barofsky joins Christina Romer in the cursing pantheon. Romer, the former chair of President Obama's Council of Economic Advisers, told Bill Maher last year that the U.S. was "pretty darned fucked" on the night that Standard and Poor's downgraded the country's credit rating.

Another Washington official known for his testy language? None other than Tim "I have been the most fucking transparent secretary of the Treasury in this country's entire fucking history!" Geithner, a man that Barofsky earlier in the day argued was pushing certain policies in a shallow attempt at "political posturing."

"The incentives are all still in place for the TBTF banks to accumulate dangerous amounts of risk in the quest for short-term profits with the assurance that if their bets do not pay off, they (and most importantly from the perspective of market discipline) and their counterparties/creditors) [sic] will be bailed out by the gov't. Combine that with a lack of accountability for bad/fraudulent behavior, and you have a toxic cocktail that will bring about another crisis. Regulatory reform did nothing to change those incentives. " 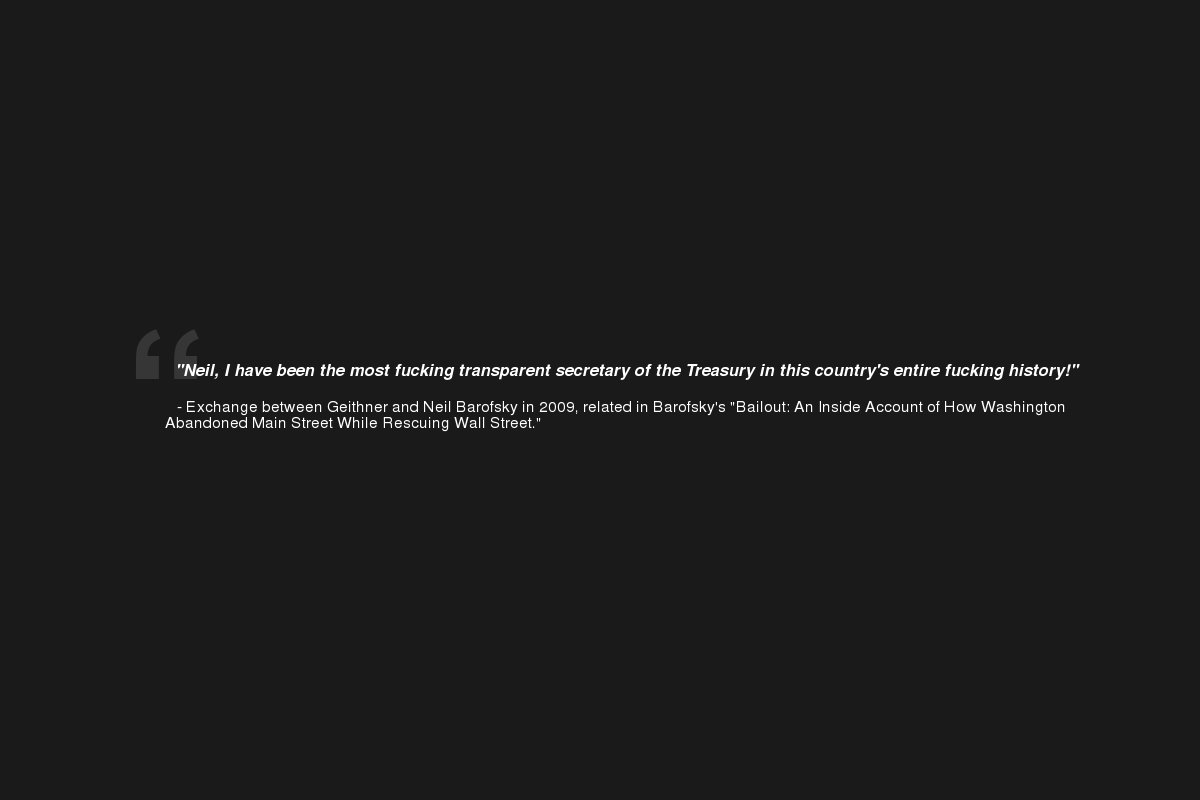