Knee-deep in the pursuit of rock and roll dreams, I faced the '80s like so many other pavement-pounding, hair-sprayed, idealistic artists of the era: wildly optimistic, sartorially questionable and persistently broke. 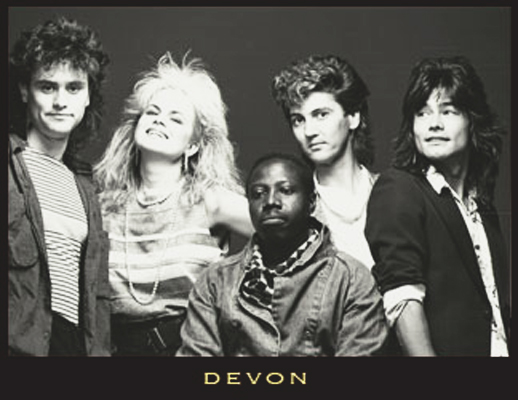 After too many years on the road with various cover bands, covering not only the Top-40 of the day but most of the west, mid-west and southwest by car and van, I was weary of musical circles headed for nowhere. It was clear the time had come to get serious about my destiny. I was to be a rock n' roll star. I needed to get on with it. That meant an original band and a job to support it.

My guitarist's girlfriend at the time, a gorgeous punk goddess from Scotland, who worked at the Troubadour and wore torn fishnets and black eyeliner better than anyone I knew, presented a solution. Besides the very hip Troubadour gig she wrangled for all it was worth, she also had a part-time shift at a local pub; one she wanted to phase herself out of... was I interested? Not really, no, but... OK, fine.

Molly Malone's, down on 6th and Fairfax, in one of the many hearts of Los Angeles; very casual, lunchtime menu, just cocktails at night. Small enough room, easy enough uniform, loose enough management style (i.e., lots of staff and management drinking shenanigans) and on most nights, plenty enough cash to pocket. As good as it gets. Nowadays Molly Malone's is a bona fidedly hip music venue with an expansive stage area, an impressive dinner menu and a respectively spiffed-up decor; back then it was a smoky, scruffy, one-room pub where hard-core drinkers came to suck down Jameson and Black n' Tans and get into knock-downs that ended with sweaty man-hugs and often -- to my mercenary delight -- wads of cash knocked under sticky tables to be found after closing. It was a wild place filled with Irish immigrants, wannabe Irish (particularly on St. Patrick's Day), off-duty (and occasionally on-duty) LAPD, and a contingent of rock n' roll hipsters. 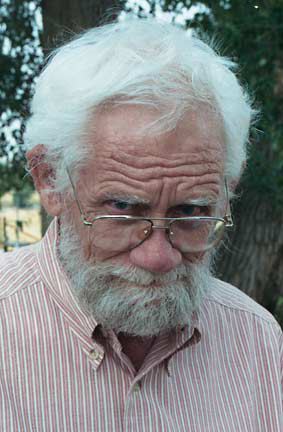 Somewhat anomalous to all this rowdy, irreverent carrying-on was the almost daily presence of the esteemed "in-house" artist, Neil Boyle. Tall, white-haired and bearded, Neil, with his dignified mien, quiet, observant manner and ubiquitous glass of mineral water, somehow both fit the venue and stood outside of it. Always seated next to Molly's owner, the late Angela Hanlon, either at the bar or a table near the stage, sipping his non-alcoholic beverage (surely an oxymoron in an Irish bar... and I can say that; I'm a quarter Irish!) while tapping his foot to The Mulligans (Ken O'Malley, Terry McCartan & Denis Murray) or patiently listening to some nonsensical chatter from a usually tipsy table-mate, Neil exuded grace. He was the classiest guy in the joint. Always.

Neil's most profound contribution to Molly Malone's was his art. His beautiful, evocative, incredibly special art. Over 70 of his oil paintings hang in that little bar to this day. How unexpected to find that kind of exceptional work in a dark, hole-in-the-wall bar but Molly Malone's was -- and is -- literally wallpapered with it. For an artist whose pieces command phenomenal fees, who was always in demand for murals and commissioned work, and whose work hangs in galleries and museums around the country, the prestige of showcasing such valuable art was undeniable to Molly's. Some patrons came in simply to view Neil's paintings. It was a draw. Literally.

The largest painting was of Angela Hanlon. It hung in clear view over the entrance and depicted her in all her youthful, lovely splendor. Other paintings were of bar scenes, street scenes. But most were of the people and faces that came and went through the swinging doors of that pub; the regulars, the Molly Malone's coterie. And everyone who walked through those doors wanted to be one of the faces Neil painted, everyone. Few were. And you had to be asked. There was no appealing to him, no requests, no hinting; no prancing around commenting on "how nice it would be to be up on these walls." No one got up there unless Neil wanted to paint them and to be asked, to be chosen, was an honor like no other.

Almost three years in, near the end of my tenure there, on the morning of a soon-to-be riotously busy St. Paddy's Day, Neil quietly approached and said, "I want to paint your picture." Stunned, I blushed pink and stammered something about "how honored I am to be asked" or some other such blathering nonsense but in truth, I was deeply honored to be asked. I sat down at one of the booths, put my elbow up on the green and white checkered tablecloth, my white tux shirt and string tie neatly arranged, my big '80′s hair properly fluffed, and Neil took my picture. I can't remember how long it was before the subsequent painting appeared on the wall at Molly Malone's but at some point it was there. Dead center on the main wall. Lit with a pin spot. And immediately a conversation piece. 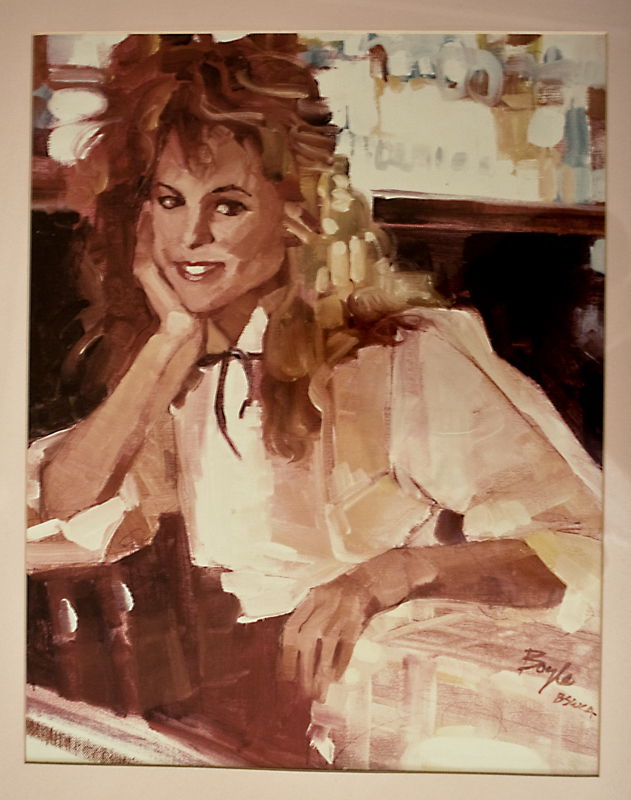 Because while Neil painted most of the Molly Malone faces in palettes of brown and caramel and black and yellow, me, he painted in pink. Pretty in pink. And it was truly was one of the most beautiful paintings on that wall. Not because of my face (necessarily!), but because Neil imbued it with a color and glow that made it stand out from the earth tones surrounding it and that alone made it unique. Someone there suggested that it seemed to communicate his affection for me. Maybe so. Maybe it was just because he felt the wall needed some pink. Whatever the reason, it is a beautiful painting and, as far as I know, still hangs prominently on the main wall of Molly Malone's.

Neil died in February of 2006, a loss to both the art world and the world at large. Certainly to Molly Malone's. Not too long after that, my brother, Tom Amandes, was acting in a TV pilot being shot, coincidentally, at Molly's. At one point Tom called to tell me they had blocked one of his scenes and without realizing it, had placed him directly under the Neil Boyle painting of a woman in pink... yep, that one. He sent me the snapshot taken by the prop person. I can't find that photo today but I do have a beautiful print of my painting by Neil Boyle. It's hanging on my own wall. Deeply special, always appreciated and still pretty in pink.