If you want to disregard science, says Neil deGrasse Tyson, that's your right as an American. Just don't forget it may come at a cost.

It's no secret Tyson stands on the side of science. In fact, he has become one of the country's most prominent faces of science. 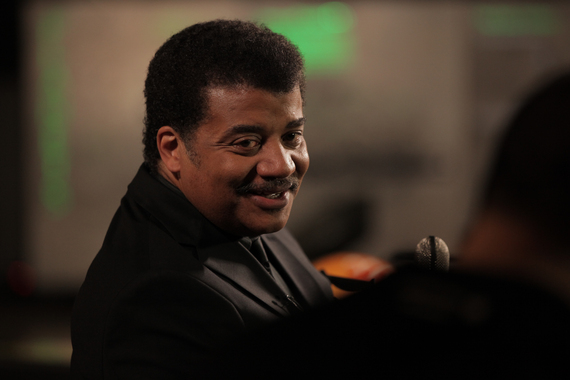 Besides serving as director of New York's Hayden Planetarium, he hosts the late-night Star Talk show on the National Geographic Channel, formerly hosted a Nova show on PBS and remains a frequent presence on programs from The Daily Show to a reboot of Cosmos. He's written a dozen books and earned two dozen honorary doctorates plus a sheaf of awards from organizations like NASA.

Still, he admits he was "surprised" when he received an Emmy nomination for Star Talk, on which he interviews famous people from President Clinton to Seth MacFarlane about their interest in matters of science. 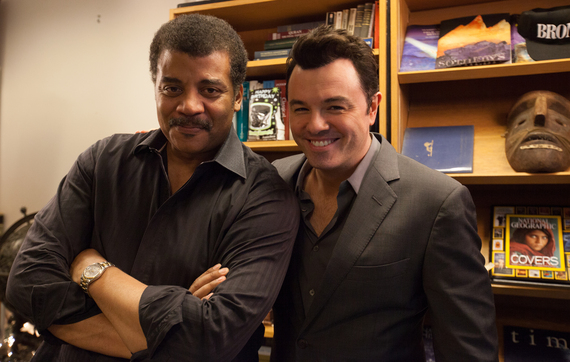 "To get the nomination was an affirmation that people are watching and appreciate what we're trying to accomplish," Tyson says. "We're at a time when science literacy is critical in every aspect of our lives - cultural, social, political.

"Look at all our major issues today - poverty, hunger, energy, climate - and in every case the solutions will come from innovations in science and technology. They're integral to everything that happens."

That said, he's aware that science is viewed skeptically by a number of Americans, including some currently running for President.

His response is measured and diplomatic.

"When you live in America, you have every right to believe what you want," he says. "If you don't believe in vaccinations, if you don't believe there's climate change, if you believe the world was created in six days, I won't question your right to those beliefs. I won't even argue with you, though I disagree.

"It's only if you're in position to pass legislation based on those beliefs that it becomes dangerous. When you deny objective truth and force your beliefs on others, it's not a free country. You're not serving a pluralistic society."

You're also, he warns, crippling your own economic interest.

"Science and technology are our engines of economic growth," he says. "If you are on a school board that takes them out of our schools, you will raise a generation of people who don't know how they work.

"That means companies that are innovating, that are looking for ways to address the problems of the future, will not come to your city or your state."

Sitting in a hotel in Pasadena, where he's joining his National Geographic colleagues to mark the channel's 15th anniversary, Tyson says that if we don't subvert science and technology, Americans from 2016 will hardly recognize 2066.

"Look back 50 years," he says. "You see how different the world is. We hadn't landed on the moon. There was no Internet. There was more poverty than there is today.

"Fifty years from now, just for one thing, we'll all have smart cars - which means we won't have accidents, which kill 35,000 Americans a year. We'll look back and think how quaint it was back in 2016, when people actually drove their own cars."

What won't change much, though, he suggests, is human curiosity about matters scientific and technological.

One of his biggest surprises with Star Talk, he says, is how easy it is to tap a person who is famous for some artistic, intellectual or political achievement "and find their inner geek."

"I thought it might be hard to find A-list guests who wanted to talk about how science had affected their lives," he says. "It turned out to be easy. 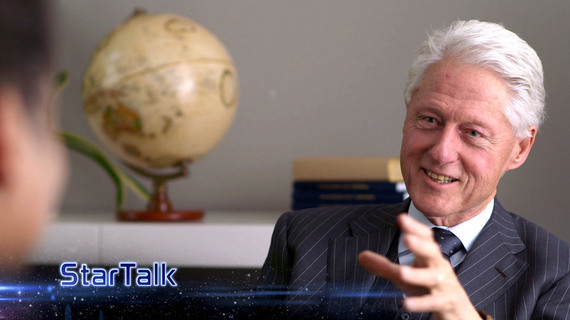 "Bill Clinton was incredibly proud that the Internet came to prominence under his watch and the human genome was mapped. He told this story how he borrowed a moon rock from NASA and put it on a desk in the Oval Office. When statesmen or generals were arguing about something, he'd point to the rock and say, 'We retrieved that rock from the moon. It's four and a half billion years old.'

"It reset the conversation."

So has Tyson, a fact underscored by his ability to spark a widespread cyber-argument last month simply by tweeting that the BB-8 robot in the new Star Wars movie would have skidded on the sand.

"Did I ever hear about that," he says with a sigh. "All about how BB-8 was traveling on a force field."

Whatever our feelings about science, don't even try to deny science fiction.