Neil deGrasse Tyson, famed astrophysicist, told graduates to not look for exact role models to follow. He gave this piece of advice, along with others, in his commencement address at the University of Massachusetts Amherst on Friday.

"I think on some level, role models are overrated," Tyson said. "Growing up in the Bronx, had I required, as a prerequisite, that another black man from the Bronx had become an astrophysicist for me to become one, I'd still be in the Bronx."

Instead of looking for one idol to trace the path, Tyson suggested, graduates should create role models "a la carte," putting together pieces from many different inspiring people to form your own identity.

Tyson also spoke about the importance of science and science literacy -- "not how much you know, [but] how is your brain wired for thought" -- and why all graduates need to pay attention to space as a resource to solve problems on Earth. 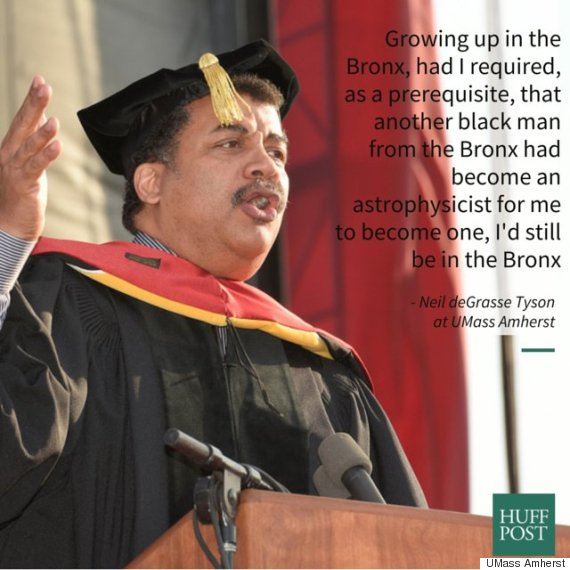