The plot has thickened in the controversy surrounding 466/64 Fashion and the Nelson Mandela Foundation Trust. The Huffington Post received an email from Erin Patton, chief executive officer of Company B, exclusive license holder for 466/64 Fashion in North America asserting that Nelson Mandela's Foundation is indeed affiliated with the sportswear clothing collection.

The details of the relationship were outlined in a statement issued yesterday by Sello Hatang, a spokesperson for the Nelson Mandela Foundation Trust. The document states that "Mandela gave the number, 46664 (taken from his prison number), to the Nelson Mandela Foundation Trust, as a permanent reminder of the sacrifices he was prepared to make for a humanitarian and social justice cause he passionately believed in." To that end, the number was licensed “to create a sustainable income stream for 46664 South Africa, which is why 466/64 Fashion was developed.

The statement goes on to say that the agreement controls the investment of the funds generated through the success of the 466/64 Fashion brand and "a percentage of the revenue generated from the sales of 466/64 Fashion goes directly toward funding projects that bring forward Mandela’s legacy."

"No matter what the policy is, Nelson Mandela’s name is not to be used for commercial purposes” James Cecil, president of Cadence Communications, which represents the Nelson Mandela Foundation in North America, told the WWD on Wednesday.

Patton vehemently denies that 466/64 Fashion has ever said that Mandela was directly involved in the brand beyond simply serving as the line's inspiration.

“We have such an authentic fashion story to tell with this amazing brand that is rooted in South Africa’s vibrant, colorful culture and lifestyle cache as our well of inspiration. We are staunchly committed to ethical fashion as our brand ethos and look forward to bringing new energy, excitement and social impact to the retail channel in the U.S. and Canada. The initial response from retailers and the fashion community has been overwhelmingly positive.”

What we've gathered from all this back and forth is that there is definitely a relationship between the two organizations. However, the Nelson Mandela Foundation Trust wants it known that Mandela does not have a clothing line--and 466/64 Fashion wants it known that spotlighing Mandela's legacy is it's only connection to the world leader. Got it?

We knew it was too good to be true. What 94-year-old world leader launches a clothing line anyway?

According to WWD the 466/64 Fashion line, which was purportedly launched by Nelson Mandela, is in fact not affiliated with the former South Africa president.

In an email to WWD, James Cecil, president of Cadence Communications, which represents the Nelson Mandela Foundation in North America, wrote:

466/64 Fashion is making false claims that it is tied to Nelson Mandela — it is not, nor does it benefit him or his foundations. They are deliberately misleading people in the fashion industry — the name ‘Nelson Mandela’ is not to be used in conjunction with any commercial products. They cleverly use his quotes in their advertising, but this is not his line of clothing; he did not launch it, nor is he associated with it.

That's funny, since all the press releases about the highly-anticipated launch of the collection noted that 46664 South Africa was founded by Mandela and that 466/64 Fashion was inspired by Mandela’s legacy. Eek!

A spokeswoman for 466/64 Fashion issued the following statement:

So basically they screwed up. The line (named for the prison number given to Mandela when he was incarcerated and the year he was sentenced) is indeed inspired by Mandela but is definitely not founded by him. The "Our Story" section of the brand's website currently isn't working. Time for some quick editing?

It's unclear from the statement if 466/64 Fashion is sorry about the lie -- but in the end, the brand got some major publicity and may even sell some of its colorful threads.

Check out the slideshow below for a look at 466/64 Fashion's launch event, which took place on July 18, Nelson Mandela International Day. 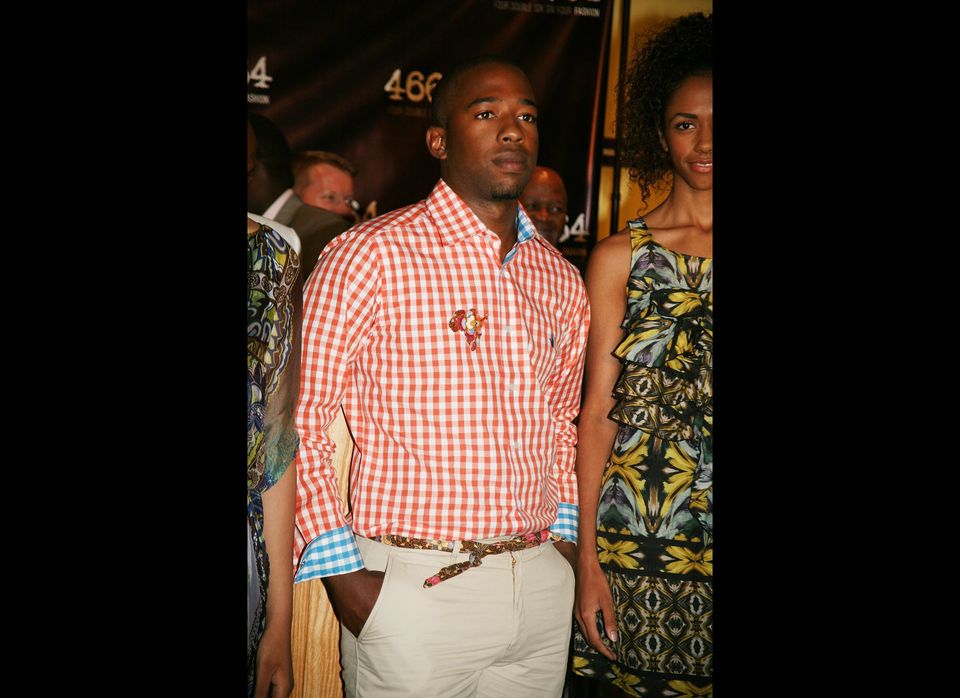