During her nearly two-decade career, Wright has never hid her affection for the LGBT community. In the hyper-masculinized world of Philadelphia hip hop from which she emerged, initially drawing attention as a lauded backing vocalist for rapper Jay-Z during his 2001 MTV: Unplugged appearance, the soulful singer admits it certainly drew curiosity. 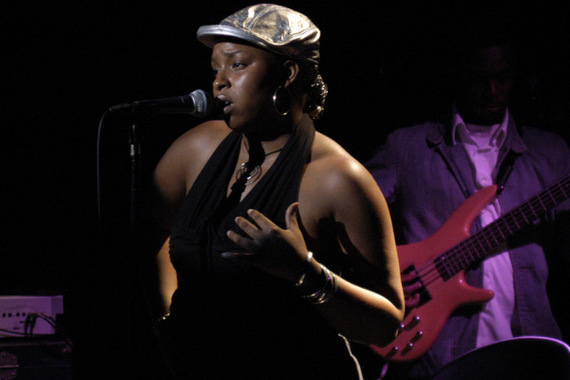 "People ask me how I became so 'gay friendly,'" Wright shared during a recent telephone interview promoting a March 15 performance at Yoshi's Nightclub in Oakland, CA. "I say, 'Well, I'm in the entertainment business.' Every makeup artist I've ever had has been thoroughly, beautifully gay.

"Jay Manuel was my first makeup artist, from Top Model," continued Wright, long associated with the hip hop group The Roots, "I used to have to share him with Tyra and Iman. Sometimes I was fighting just to get my makeup done!"

Though that might be sufficient explanation for some, a more in-depth conversation reveals the true roots of Wright's appreciation for - and one might say deep understanding of -- the LGBT community. It was first hinted at in 2002, when debut Denials Delusions and Decisions placed her among contemporaries Jill Scott and Erykah Badu as faces of the era's neo soul movement.

On a track from the album -- which Rolling Stone gave 3.5/5 stars -- Wright outlines her family history. Over the searing bass of "Lineage," she sings, "I was 12 years old when my Uncle Andrew had got sick/Meningitis turned to HIV/Then his body quit."

"I was there to see it all," Wright explained. "I grew up with that. You have no idea how that will change everything with you."

A time when HIV/AIDS was still largely a mystery, she recounts the fear others had of her uncle's illness. It was a fear she didn't share. Despite then-common misperceptions about how the HIV spread, the pre-teen continued to drink from his glass and share food with him.

"If you love somebody, and they're sick and dying, you don't throw them away," said Wright, who returned in 2005 with Divorcing Neo 2 Marry Soul, "You get every moment you can while they're still there."

A bisexual man, Wright said her once-beautiful, 26-year-old uncle succumbed to AIDS-related complications from meningitis in 1989. Within two-and-a-half years, his girlfriend, an IV drug user, and boyfriend, who she describes as "wildly promiscuous," were also gone.

"My homophobia, if there was ever homophobia around me or in me, was shaken out of me at that point," Wright said, her somber mood breaking with a hearty laugh.

"I just saw a bunch of great people, beautiful people, dying at the time," she relayed. "It made me take care. It made me pay attention. It made me love."

And love Wright does, openly and unapologetically. For two years, the star took a transgender personal assistant with her everywhere. That continued to raise eyebrows, she remembers.

"Gigi was already six-foot, but when she put on those six-inch spike heels with the rhinestones all down them..." the performer reminisced amidst uproarious laughter, "They'd be, 'What is she?' -- and I'd say, 'She's Gigi.' 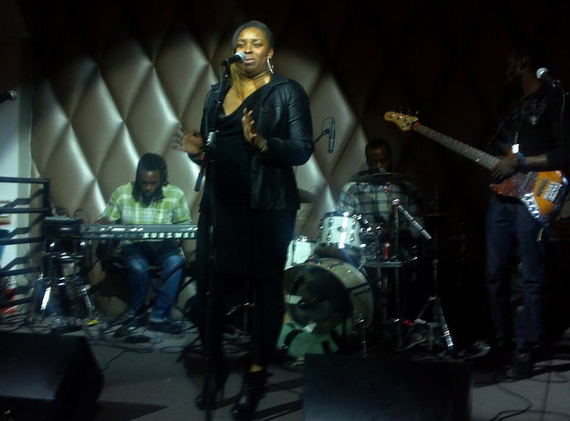 "Watching people, me forcing them to interact with her as just a human being with all of that going on," she said, "It's so funny, because by doing that, Gigi became 'normal.' People would say, 'Oh, that's just Jag's Gigi...' It was just a really amazing moment in time for me."

Helping others reach acceptance stems from finding a place of acceptance herself, the singer explained. That, Wright stated, is "really the message" of her music.

"I know what it feels like to be different, so I tend to always lean toward letting people know it's ok to be you," Wright concluded, "Even on the days you don't want to be, it's ok to be you."