With another NeoCon in the rearview mirror, it's time to reflect on what the show tells us about the state of our industry. As technology untethers us from a set work location, in recent years we have seen a great shift in the allocation of floor space. New types of collaboration spaces and individual work spaces are emerging that account for a much larger portion of the overall square footage, and furniture spend. With 2016 perhaps marks the first year since the advent of systems furniture, it was difficult to find a cubicle in the Mart. But don't be fooled. The cubicle has not yet disappeared. In many jobs, systems furniture still is a major component; at least for now. What we can read from this trend is an audible shift in the industry that gives us a glimpse of what may be to come.

Mark Hirons, Design Principal with CannonDesign in Chicago says, "While the final curtain has closed on Neocon 2016, there is an understanding that in many cases the showrooms will be reestablished to reflect for clients more of the 'real items' that respond to their actual needs. Overall what you are seeing is the major manufacturers repositioning themselves to be able to capture a broader spectrum of informal settings- that are increasingly growing as a percentage of the floor space. It has been interesting to see smaller, innovative and aggressive companies come into play to respond to the market need...and likely where more major manufacturers were realizing potential vulnerability. For that reason, many of the largest players are boldly proclaiming their capability in the ancillary space. That said, the perception vs. reality of cultural changes for clients and the resultant degree of ancillary furniture's impact within spaces will continue to be a balance of the increasing array of choices."
Still, many are predicting that the results of this shift in floor space allocation and budget will have significant impact on our industry as a whole. It's those effects that have not been fully realized yet. So while cubicles are far from disappearing, it's important to look at the scope and potential impacts of these shifts. 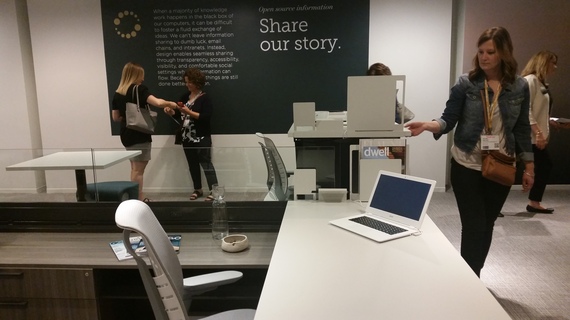 Reality #1: Spend on ancillary is increasing.
Julie Deignan, Director of CBRE Furniture Advisory Services says, "Depending on the geographic region and the industry, today the ancillary spend on a furniture project can be anywhere between 30 percent to 80 percent of the total spend." This wide variation has a lot to do with geographic variations in the market, however it is growing everywhere. "In the Midwest, professional service firms spend an average around 30 percent on ancillary furnishings while a tech company will be closer to 50 percent. On the West Coast however, a tech company's ancillary spend can be as high as 80 percent. In lieu of workstations and private offices, they may have height adjustable or freestanding tables throughout their office." 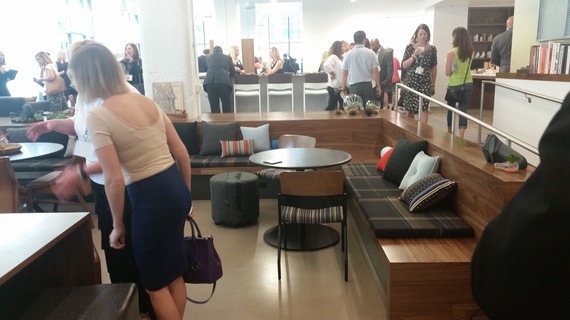 This shift in budget allocation has also been recognized by BIFMA, the industry's leading trade association, that is in the process of redefining its categories to create a more accurate picture of the types of furniture being purchased today. Tom Reardon, Executive Director at BIFMA says, "We have been tied to old product categories and definitions for a while. There's a reason for doing that. If you are a tracker of that data, there are ties to history and you really can see the trends as they develop over time. We have gotten to a point that categorizing the way we did 20 or even 10 years ago isn't relevant anymore. Despite what it may do to historic trend lines, we have to evolve."

Additionally, while BIFMA historically has reported with the large, major manufacturers in this industry, it also is making a concentrated shift to be more inclusive. Reardon says, "We also are making a huge push to include smaller and more ancillary manufacturers. The shift in floorplate is driving this inclusivity because we are striving for relevance in today's world. We want our product categorization and definitions to be relevant to everyone and useful in making business decisions." Included in their new, inclusive initiatives is shifting from being U.S.-only to North America-driven (including Canada and Mexico) as well as adding new specialized product categories such as healthcare and educational furniture products. 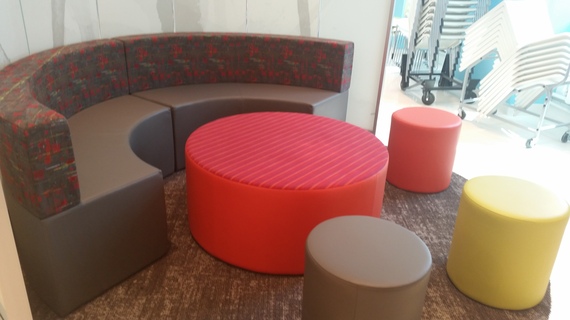 Reality #2: Ancillary tends to be more profitable for dealers and manufacturers than systems business.
In recent conversations with dealers (all of whom declined to be directly quoted in this article) it is notable that the ancillary business tends to be much more profitable than traditional systems business for dealers. Dave Bloch, President of Indeal, presented some significant statistics at a recent NeoCon rep gathering. Bloch says, "I was at a 28M dealer not too long ago, [a dealer that is] one of the more successful, well-run and profitable dealerships. They are doing exactly half of their business with their aligned manufacturer (which is low), and half with non-aligned manufacturers. Their profit margins are at 14 percent on aligned business, but at 28 percent on the non-aligned sales. Most dealers are in the range of 50-70 percent of their business with their aligned manufacturer. Major markets are typically closer to the 70 percent range."

Bloch regularly speaks with aligned dealers in all of the major markets, and predicts that we are on the brink of what he calls, "some pretty significant change." He explains, "In our industry, sales historically have been driven by convenience. There are some heavy incentives for aligned dealers to drive volume to their major manufacturer, but right now many of those dealers are struggling with profitability." Bloch estimates that a large transition period is coming. "This partially is due to the average age of ownership preparing to retire, but has been augmented by the fact that private equity has yet to invest in our industry." He predicts that, in the very near term, restrictions will change that will finally make it attractive for private equity firms to purchase dealerships. But as the major manufacturers drive toward fewer, stronger distributors, the initial purchase price of a large dealer severely limits the pool of potential investors. Still, these new players have the potential to drive a major shift in how the selling model happens; from a convenience, relationship-driven sale to a more profit-driven sale.
This newfound variety also adds complexity at the dealer level, so it SHOULD be more profitable to manage. David Solomon, Managing Principal of Solomon Coyle, a consulting firm focused on contract dealers says, "There's more competition than ever for the client's dollars. Dealers report that the number of vendors they are now engaging have roughly doubled in one year. This alone adds complexity to the project and compounds the budget and schedule risks. But there is huge opportunity for the dealers that can embrace the complexity and strip out the associated risk for the client. This applies not only to ancillary furniture but also to the growing demand for solutions that integrate furniture, architectural, AV and technology products." 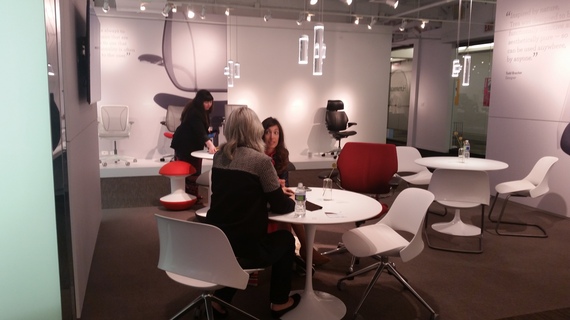 Reality #3: It's an exciting time to be in the contract interiors market.
If there's one conclusion this should leave us with, it's that change can be exciting. For those who recognize and embrace it, rather than resisting or fearing it, the future is limitless. Change leaves doors open for innovation, new business opportunities and most of all: progress.

This article originally published in the Bellow.Press Business of Furniture on July 6, 2016. It is republished here with permission.

About the author: Amanda Schneider is a trends researcher, blogger for the Huffington Post, and the founder of Contract Consulting Group , a consulting practice serving the Contract Interiors Industry focused on business strategy, market research, and marketing content development.