Complaining about Muni is such a ubiquitous and long-standing past-time in San Francisco that legendary San Francisco columnist Herb Caen used to called the city's public transit system the "Muniserable Railroad."

However, in a video posted on YouTube earlier this week, videographers James O'Malley and Rebecca Richardson make a Muni ride across the city seem positively revelatory.

The clip, rendered in a surprisingly lively palette of black and neon colors, traces the path of the N-Judah light rail from its origin near AT&T Park, through a bevvy of bustling neighborhoods, all the way out to Ocean Beach.

The combination of a retro-futuristic color scheme and a soundtrack provided by by Charlie Parker's "Just Friends" makes the video look like what would happen if Woody Allen did one of his patented cinematic urban love letters about the city from Tron.

Richardson explained her motivation behind creating the video to SF Weekly:

We wanted to show day-to-day travel in a glamorous light, and to inspire people to actively see the beauty and magic in things they would never have considered as interesting. The Muni, and the N Judah line in particular, is something that is regularly dismissed and treated with disdain. But we think it's interesting: for $2, you can see the whole city, from Bay to Breakers, on a schedule that's all of its own making.

The video, titled "Neon San Francisco," even got the stamp of approval from N-Judah Chronicles blogger Greg Dewar, who has probably spent more time thinking about Muni than anyone who isn't actively employed by the agency.

PHOTO GALLERY
Muni Through The Years 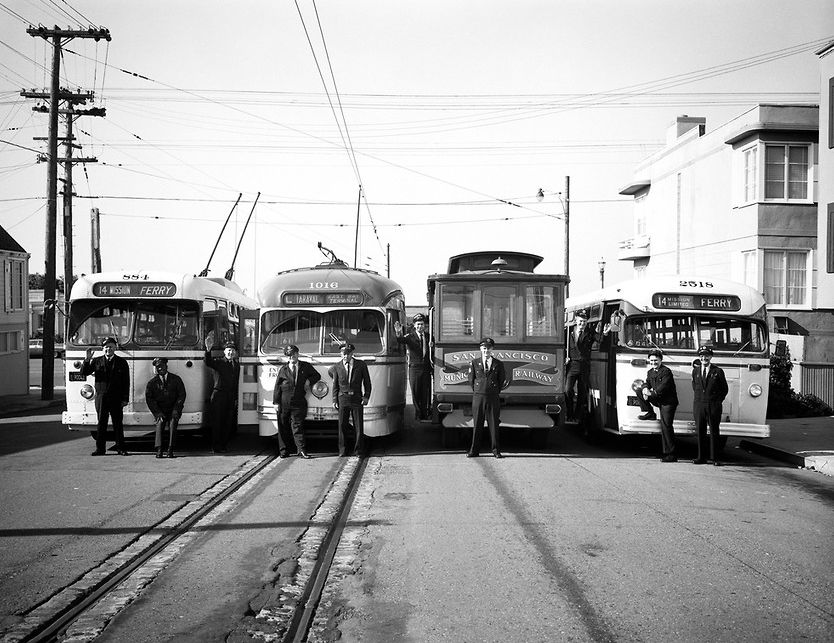