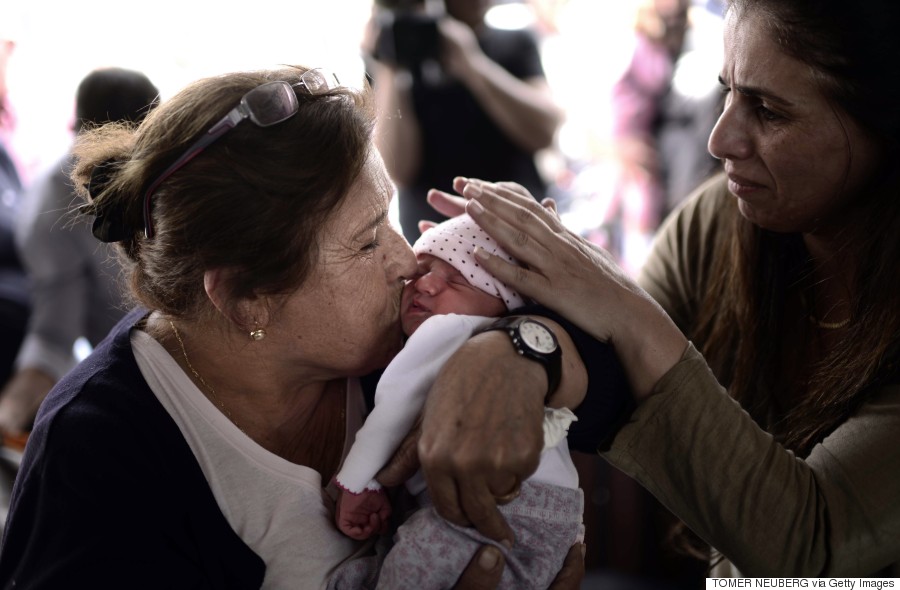 TEL AVIV -- When a deadly earthquake struck Nepal on Saturday, killing thousands and leaving millions displaced, an Israeli couple more than 3,000 miles away felt like their world would come crashing down too.

They couldn’t get in touch with their Indian surrogate, Sanju, eight months pregnant with their twins in Kathmandu. The expectant fathers feared the worst.

Yoav Elani and his partner of 14 years, Moran Ben-Dror, have long dreamed of the day they would become fathers. But Israel greatly restricts gay couples from adopting or using Israeli surrogates, pushing many hopeful parents to seek other options abroad.

“We’ve been trying for seven years,” said Elani, sitting next to his partner in their apartment as the television flashed video of evacuated Israelis, including gay parents with newborns, arriving at Ben Gurion Airport. “We’ve had ups and downs, and a f***ing earthquake. When we finally get to meet our babies, we’re just going to sit down and cry.” 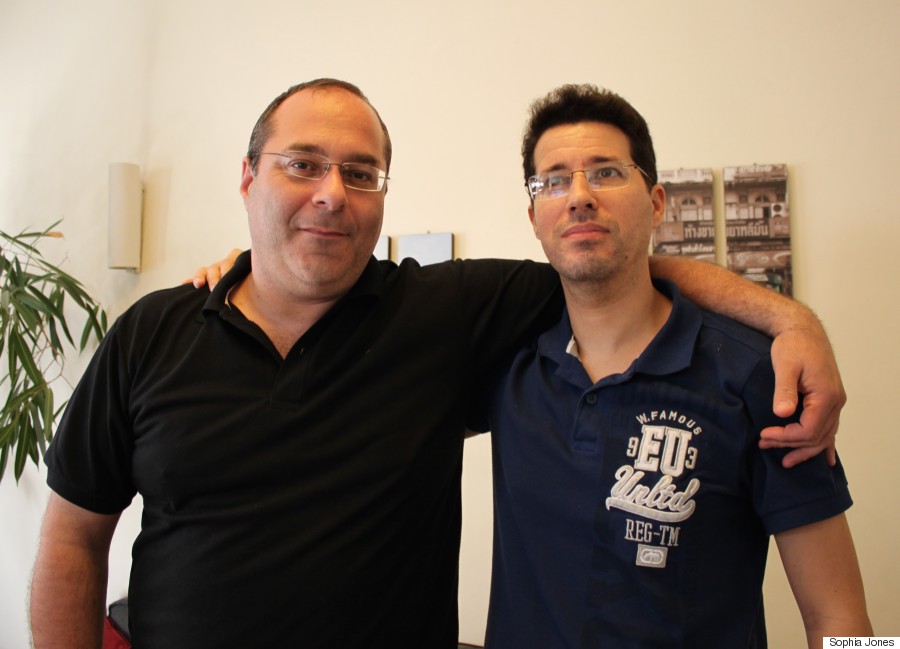 As the couple anxiously waits, hoping Israel will allow Sanju and other surrogates to come to Israel to give birth to Israeli babies, the natural disaster has brought unexpected attention to Israeli gay rights, as well as the controversy surrounding commercial surrogacy.

While Israel has prided itself on being a gay-friendly nation, with Tel Aviv considered one of the top “gay capitals” in the world, lesbian, gay, bisexual and transgender Israelis say there’s still a long road ahead. With marriage closely guarded by religious institutions in Israel, gay marriage is not allowed (although gay marriages conducted outside Israel are recognized by the state) and neither is the use of surrogates in Israel for gay couples.

And unlike lesbians in Israel, who can get pregnant with the help of a sperm bank, gay men are left with few options to start a family. As such, Nepal has become a major destination for gay single men and couples hoping to have children of their own.

Nepal is one of only a few countries worldwide allowing surrogacy services to gay couples, but only via foreign, not Nepalese, surrogates. Recently, Thailand, India and Nepal changed surrogacy laws after a series of incidents in which surrogates or surrogate-born children were neglected and exploited.

With India's 2013 ban on individuals and gay couples seeking surrogacy services came uproar over homophobia. Many Indian surrogates then sought work in Nepal.

But with Nepal’s disaster and crippling humanitarian crisis comes uncertainty for hopeful and expectant Israeli parents who have relied on surrogacy services in Nepal. The number of casualties in Nepal continues to rise dramatically, with at least 5,489 confirmed dead as of Thursday morning, and thousands more injured and missing. The death toll could climb as high as 10,000. 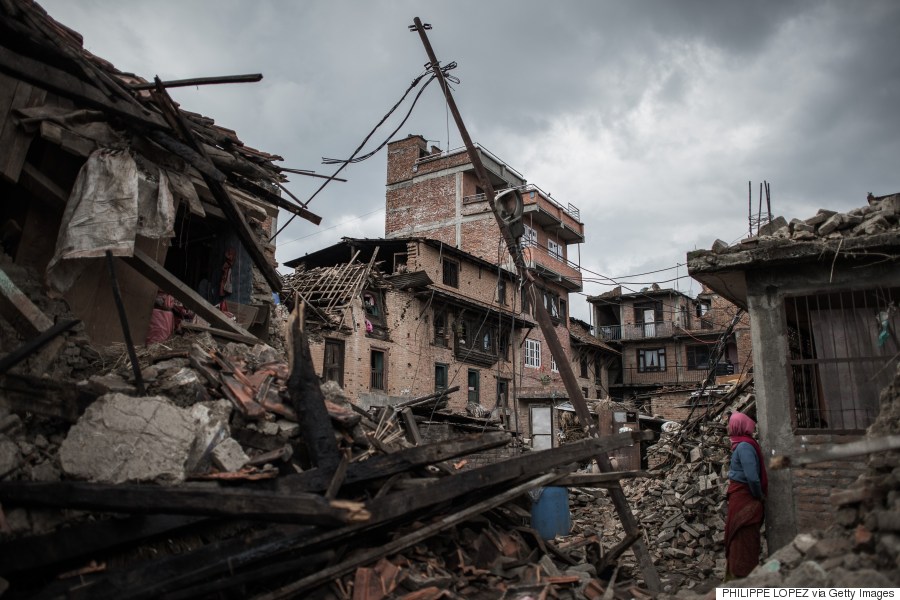 Many Indian surrogates carrying Israeli babies have been forced outside of centers and hospitals -- afraid of being crushed indoors by aftershocks -- along with scores of terrified Nepalese mothers and their newly arrived “earthquake babies.”

“We are addressing the prime minister and the government of Israel,” Elani said. “We’re begging: Save our children.”

Some critics have slammed commercial surrogacy in less-developed countries as unethical, labeling the process as "womb trafficking" in which rich foreigners exploit women.

While Israeli parents using surrogates insist the women are well-treated (The WorldPost has not been able to independently verify this information yet), they say they likely wouldn’t have to use surrogacy services abroad if Israel just legalized the process for gay families.

Elani and Ben Dror say they Skyped with Sanju for the first time just before the earthquake. 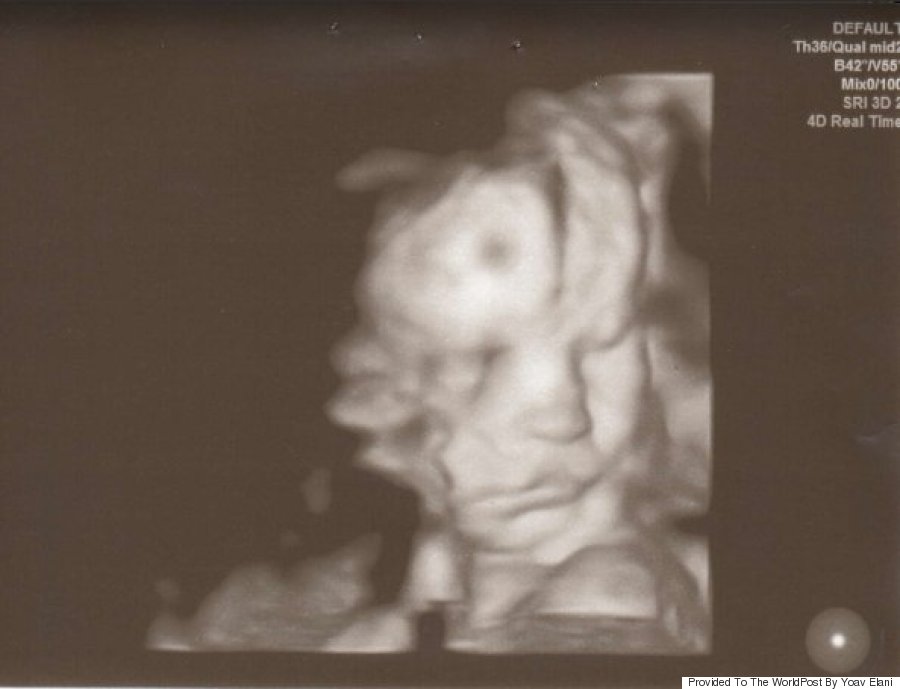 “I tried to keep my tears bottled up,” Elani said, explaining how their surrogate showed them her round belly with their twins inside. “There’s no way in the world that we would be ever able to show enough gratitude.”

They hope that both she and her 11-year-old son will be able to come to Israel for the birth, along with the other Indian surrogate mothers. But many of them do not have passports, and the bureaucratic hurdles to get them to Israel are high.

Elani and Ben-Dror fear what will happen if the mothers stay in Nepal, where many hospital and clinics are destroyed or overwhelmed with desperate people in need of medical care. Millions in Nepal are now facing hunger, homelessness and threat of disease with the rainy season just around the corner. Israel has opened up an emergency clinic in Kathmandu with at least 200 doctors and emergency specialists, but it can't meet the high need.

Gay Israelis hoping to have children may have to turn elsewhere for surrogates. Israeli couples interviewed by The WorldPost listed a few other countries besides Nepal, including the United States and Mexico, as possible places to hire surrogates, but stressed that the process there was often incredibly expensive and logistically challenging.

Hiring an Indian surrogate through an agency in Nepal usually costs between $60,000 and $80,000, according to Israelis familiar with the process. It could cost up to $150,000 in the United States.

Alternatively, some gay couples or single gay men in Israel choose to team up with a lesbian or a straight woman who is then legally the mother of their children. But for some aspiring parents, the idea of co-parenting with another person outside the relationship is not ideal. Nepal offered a solution. 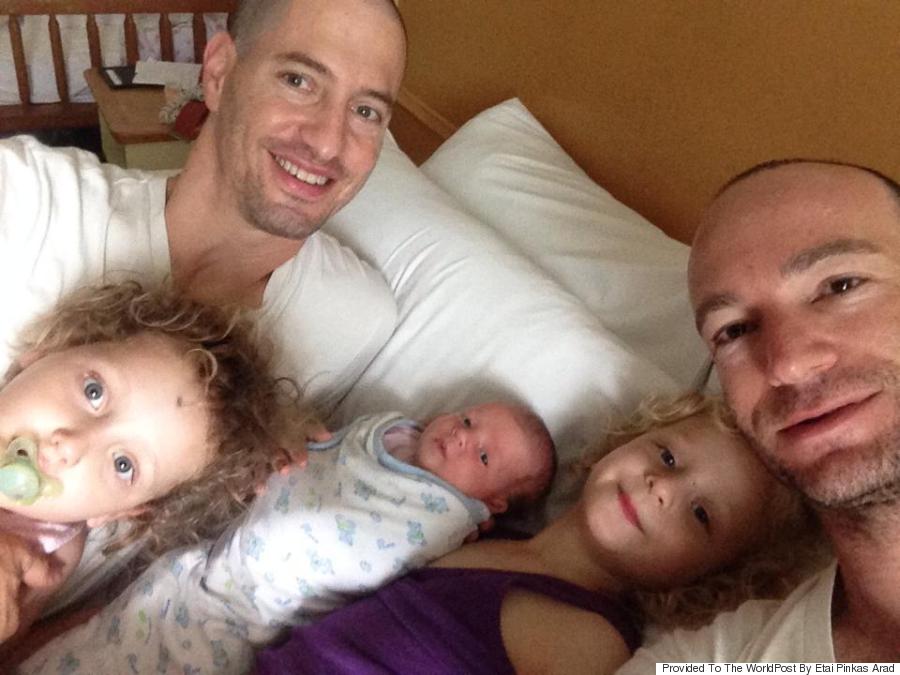 “The Nepal tragedy adds to the many aspects of this story,” explained Etai Pinkas Arad, a Tel Aviv City Council member and LGBT rights activist. “Starting with the fate of the surrogate mothers -- the ones who didn’t give birth yet who are stuck there -- and the fact that this is almost the only option [for gay Israelis]."

For years, Arad has urged the state to ensure greater freedoms like marriage and surrogacy equality. He and his husband, Yoav, who were married in Toronto 10 years ago, have fathered three children with the help of surrogates in India and Thailand.

He says he sees LGBT rights improving in Israel and that the government is serious about change, but stresses it could take years before there is real equality. Despite Israel’s reputation as a gay-friendly state, Arad’s campaign faces great political and religious opposition.

“The state shouldn’t formally recognize [homosexuality],” Bezalel Smotrich, a high-ranking Knesset member of the religious Zionist settler Jewish Home Party who has described himself as a “proud homophobe,” told The WorldPost. "So we won’t allow Israel to recognize surrogacy for same sex-couples." In 2006, he helped organize an anti-gay rally in Jerusalem where hundreds of participants marched with donkeys and goats, comparing gay Israelis to "beasts."

Expectant father Ben-Dror says Israel is divided. “On the one hand, we’re 100 percent pro-gay,” he explained, a gay pride flag hanging on a shelf behind him. "But then we have the [Chief] Rabbinate, and they don’t know how to make the gay thing fit," he added, referring to Israel's state religious authority.

Even though using Israeli surrogates is forbidden for the gay community here, the state still provides rights like paternity leave for gay parents who have opted to hire foreign surrogates. 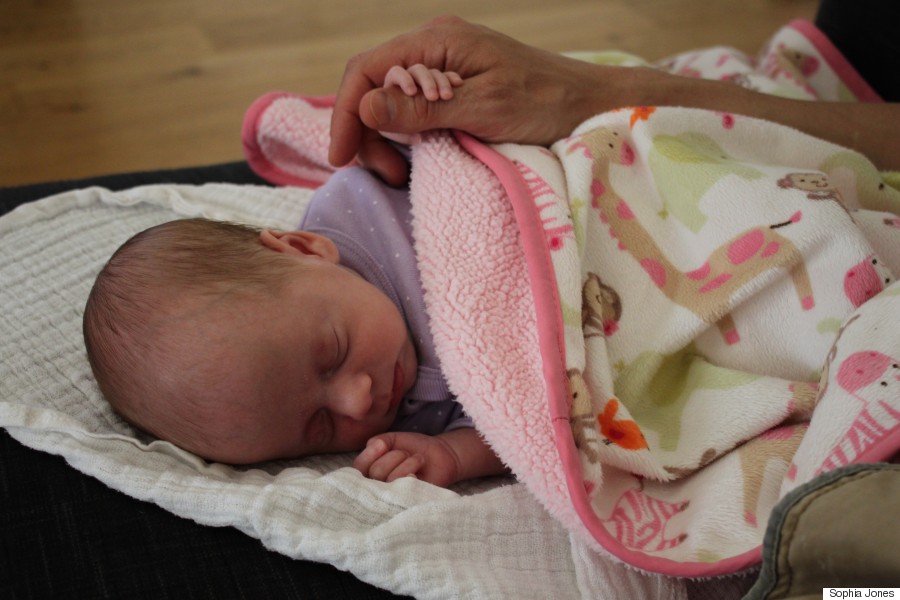 Such laws mean everything to new parents like Yossi Filiba, a single father who was in Kathmandu with his three-week-old daughter, Naama, when the earthquake hit. He says he thinks Israeli society will eventually gravitate toward acceptance of gay parents. When he walks down his street in Tel Aviv, he says, he sees gay and lesbian families of all sorts, with their children conceived in a myriad of ways.

“We always walk a tight rope in Israel between the state and the religion,” Filiba explained, as his tiny daughter cooed in her purple onesie. Just days ago, they were sleeping outside as the earth shook. “There’s a lot of criticism about surrogacy. But I think that in the last few years, the concept of families is changing.” 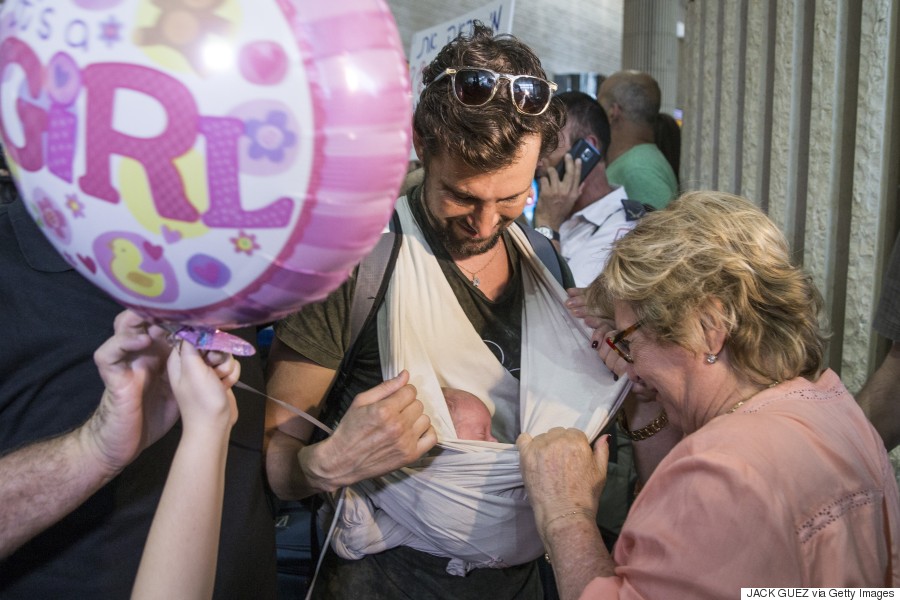