A devastating magnitude-7.8 earthquake struck Nepal on April 25, leaving parts of the country in pieces and a rising death toll of over 6,000.

However, amid this tragedy, signs of compassion and hope are emerging as people search for, uncover and treat survivors of the disaster. These 20 photos illustrate the human kindness that is helping Nepal slowly recover and rebuild. 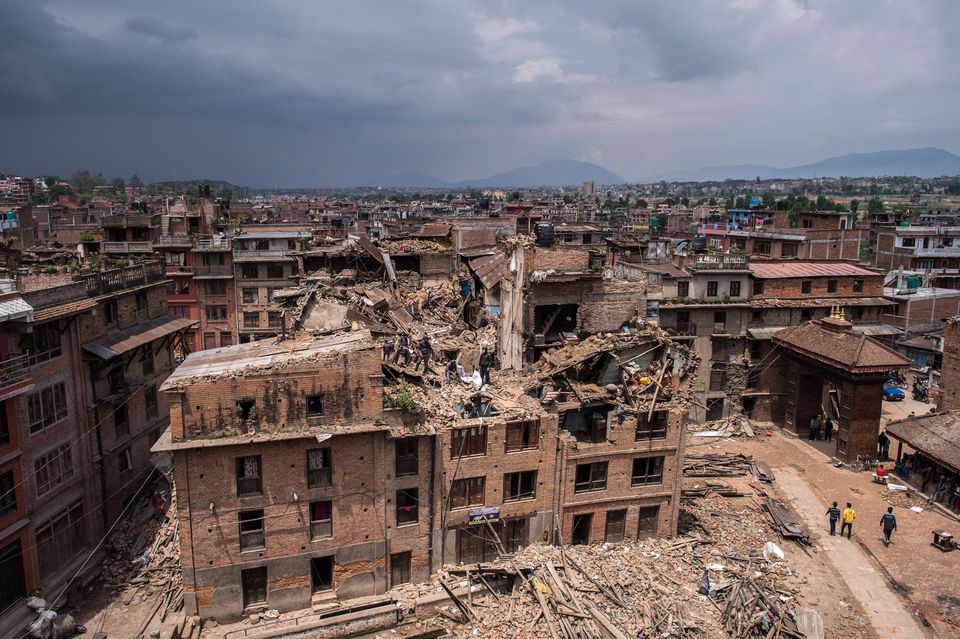 1 / 42
BHAKTAPUR, NEPAL - APRIL 29: A general view of damaged buildings as Nepalese victims of the earthquake search for their belongings on April 29, 2015 in Bhaktapur, Nepal. A major 7.8 earthquake hit Kathmandu mid-day on Saturday, and was followed by multiple aftershocks that triggered avalanches on Mt. Everest that buried mountain climbers in their base camps. Many houses, buildings and temples in the capital were destroyed during the earthquake, leaving over 4600 dead and many more trapped under the debris as emergency rescue workers attempt to clear debris and find survivors. Regular aftershocks have hampered recovery missions as locals, officials and aid workers attempt to recover bodies from the rubble. (Photo by David Ramos/Getty Images)
David Ramos via Getty Images