Satellite images of Nepal released on Tuesday show the sprawling tent cities in and around the capital of Kathmandu, where thousands are sheltering after Saturday's earthquake.

The before-and-after images released by Google Earth show the vast encampments that have sprung up in parks, stadiums and other open spaces in the wake of the disaster.

The Nepali government has set up 16 official camps to house the displaced, but many residents have set up their own makeshift shelters along the streets of the city. Hundreds of thousands are sleeping in the open, having lost their homes or feeling too afraid to return amid a wave of powerful aftershocks, according to the BBC.

“Every time we feel the earth shake, we’re even more scared to go back home,” housewife Surja Laxmi, 40, sheltering with her family in a Kathmandu courtyard, told The WorldPost on Monday.

At least 5,000 people have been confirmed dead in the 7.8-magnitude earthquake, which sent deadly tremors through neighboring countries and triggered a series of avalanches at Mount Everest. Nepali Prime Minister Sushil Koirala warned Tuesday that the death toll could rise to 10,000 as rescuers reach remote areas near the epicenter of the earthquake.

(CNES Astrium/Google Earth)
The Kasthamandap Temple in central Kathmandu, in November 2014 and on April 27, 2015.

(Digital Globe/Google Earth)
A usually busy intersection by the Kalmochan Mahadev Temple, Kathmandu, in November 2014 and on April 27, 2015.

(Digital Globe/Google Earth)
The south tip of Tribhuvan International Airport in Kathmandu, in December 2014 and on April 27, 2015.

The United Nations also released satellite images of several buildings and landmarks in the Nepali capital before and after the earthquake. The images were taken by satellite companies CNES and Distribution Airbus Defence and Space, with the after images captured on April 27, 2015. 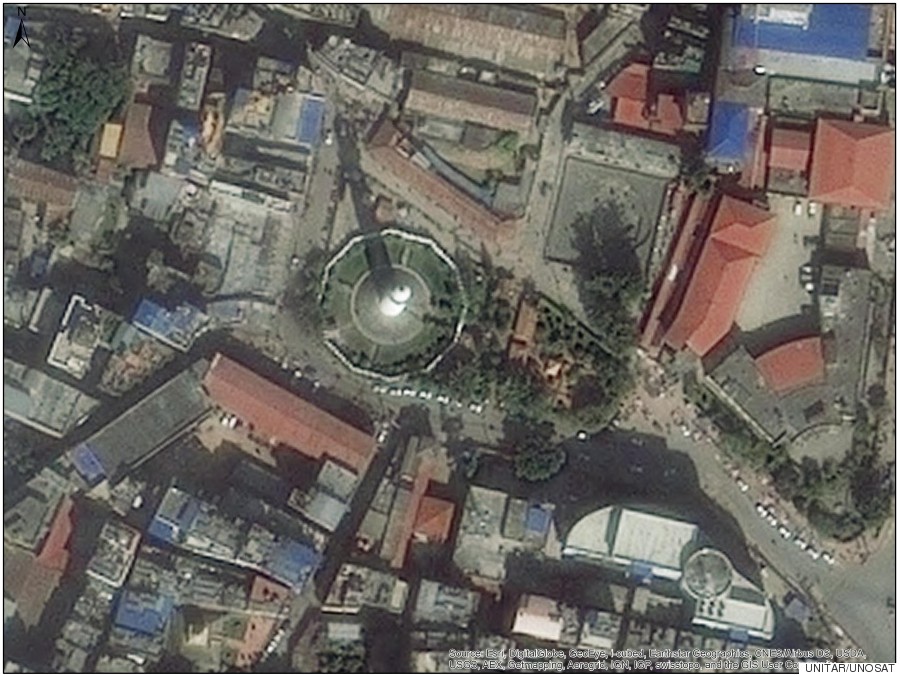 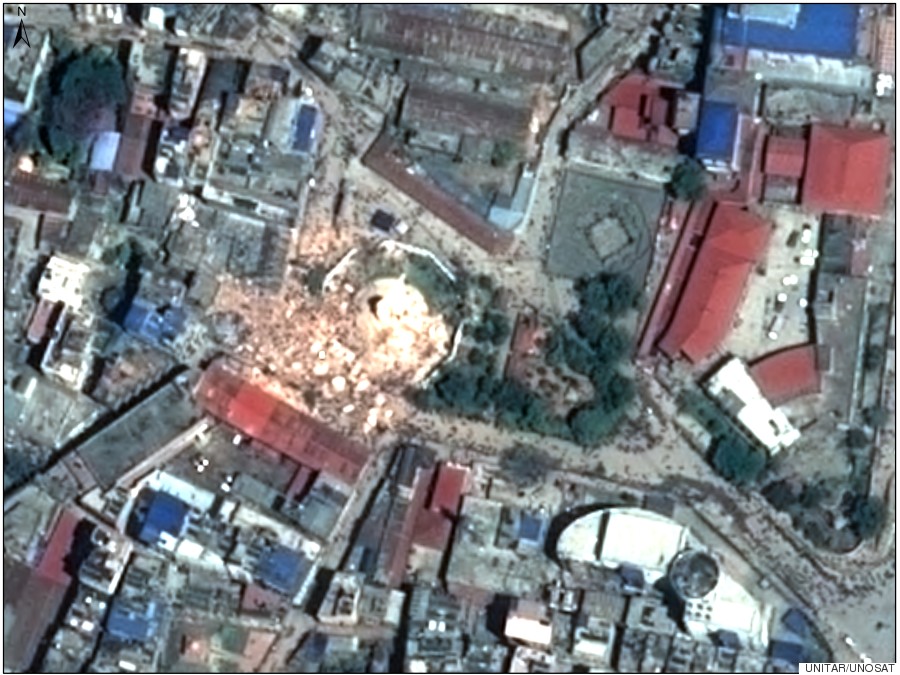 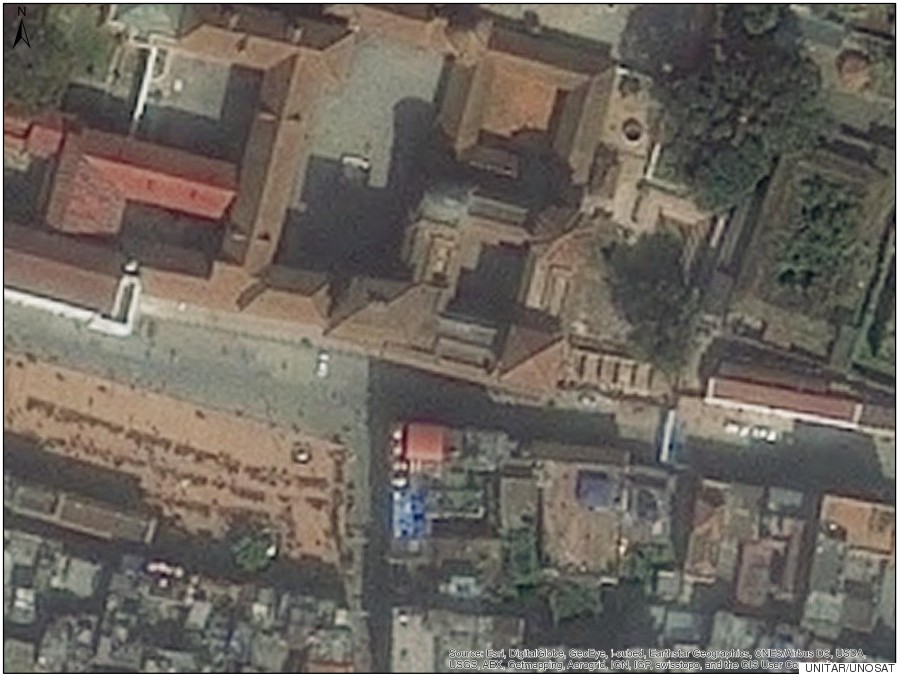 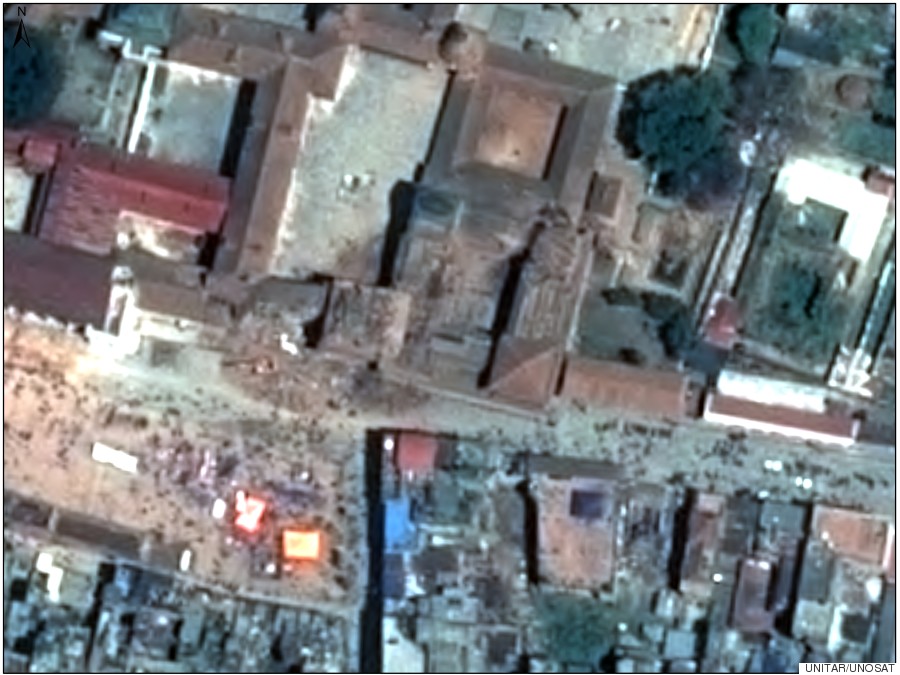 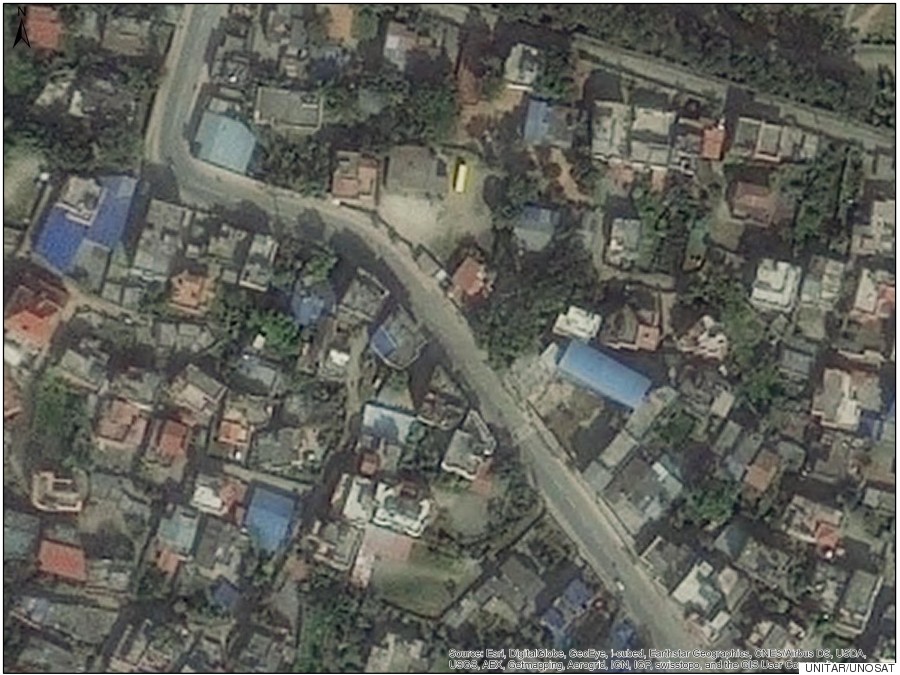 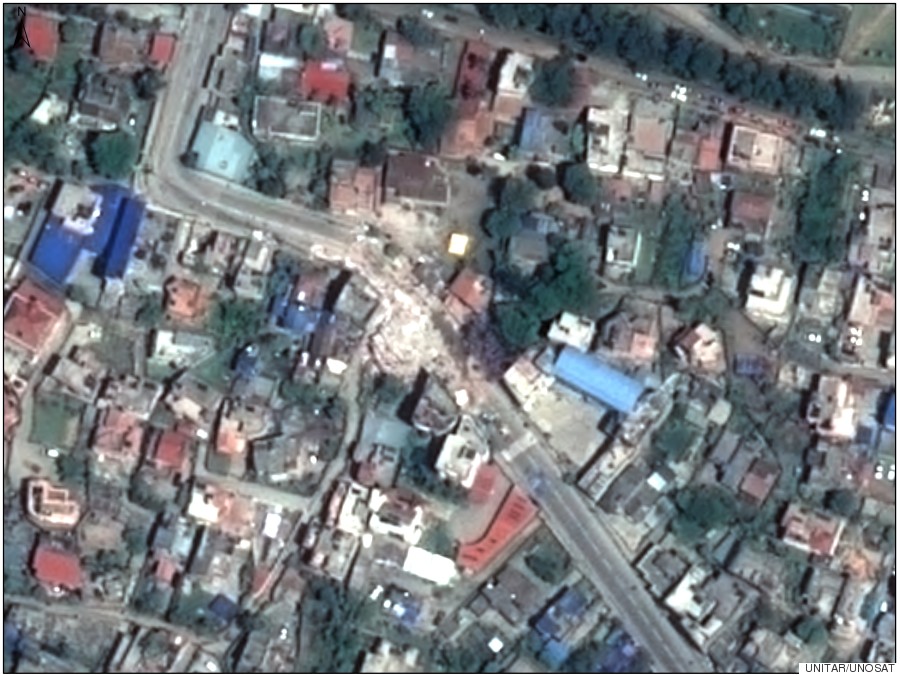