A famous Nepal tourist spot, where at least 180 bodies have been recovered following Saturday's devastating earthquake, appears to have become a popular site for snapping selfies.

The Associated Press photographed a number of visitors to Dharahara Tower, an historic tower near Kathmandu that stood nine stories tall until Saturday's magnitude-7.8 earthquake reduced it to rubble, posing for the camera amongst the wreckage. 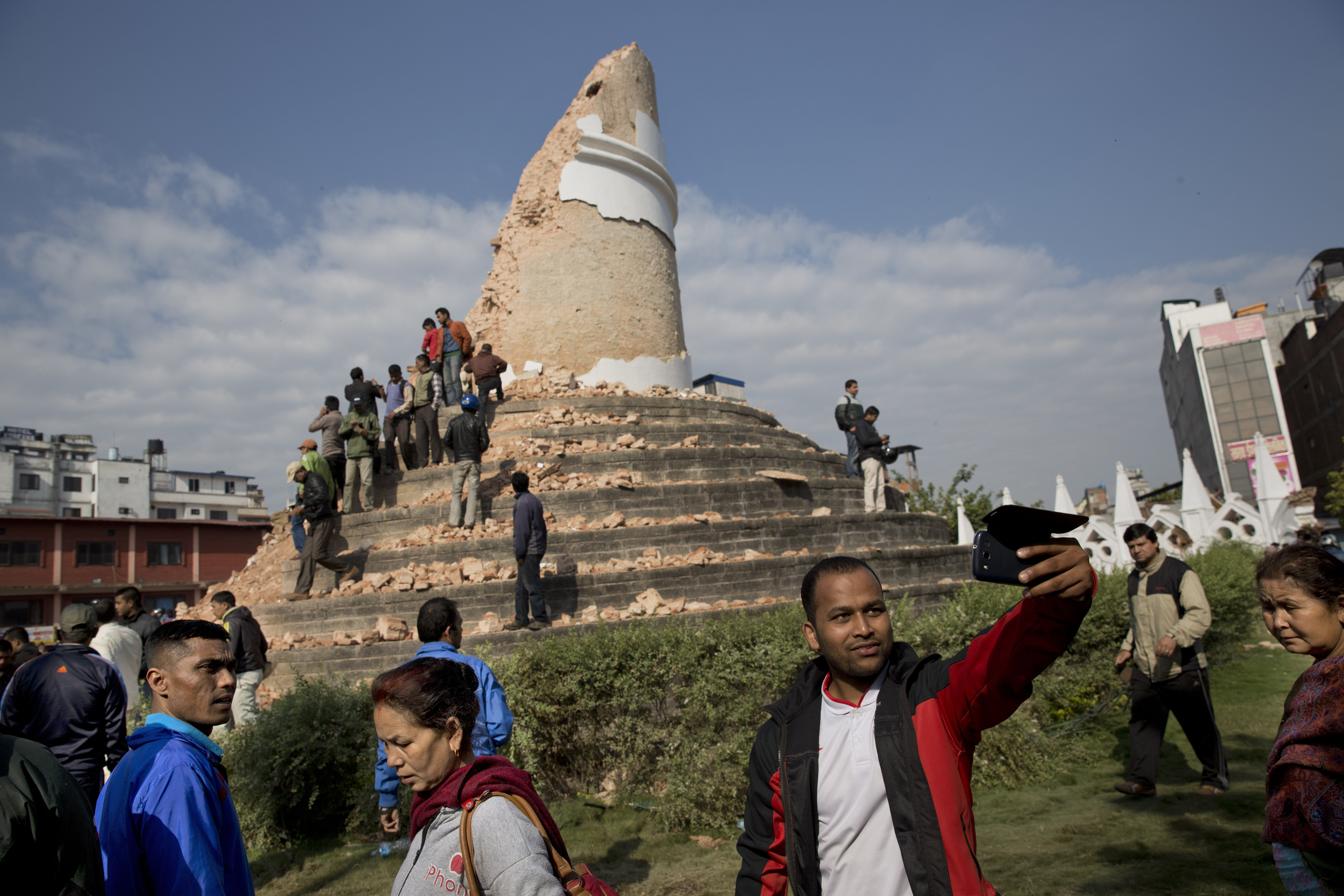 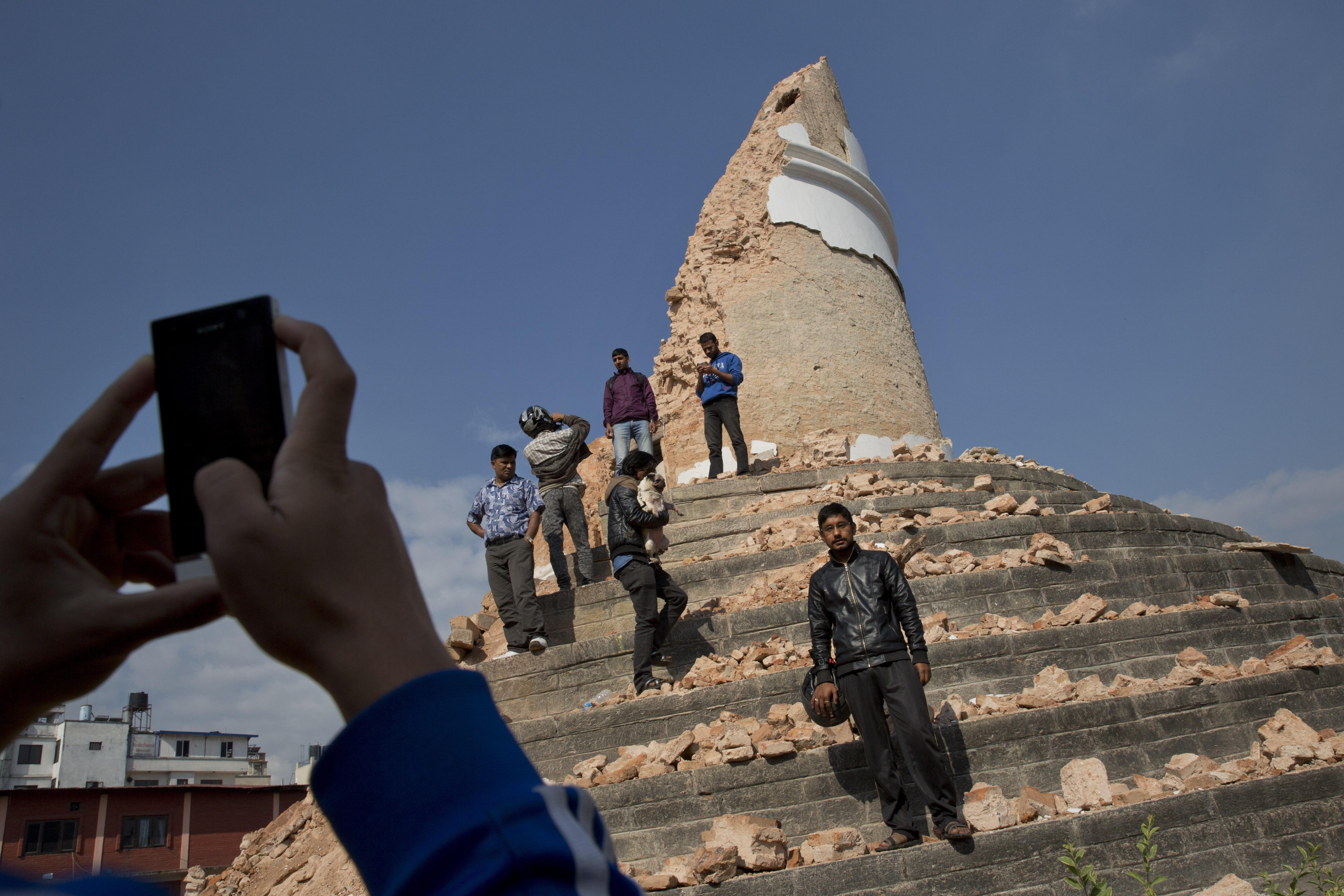 Those helping with recovery efforts pointed out how distasteful it is to insert oneself into an ongoing tragedy for a photo op.

"This is earthquake tourism. This is not right," Pawan Thapa, a 21-year-old business student helping with recovery efforts told The Associated Press. "They are more interested in clicking their selfies than understanding that it is a tragedy." 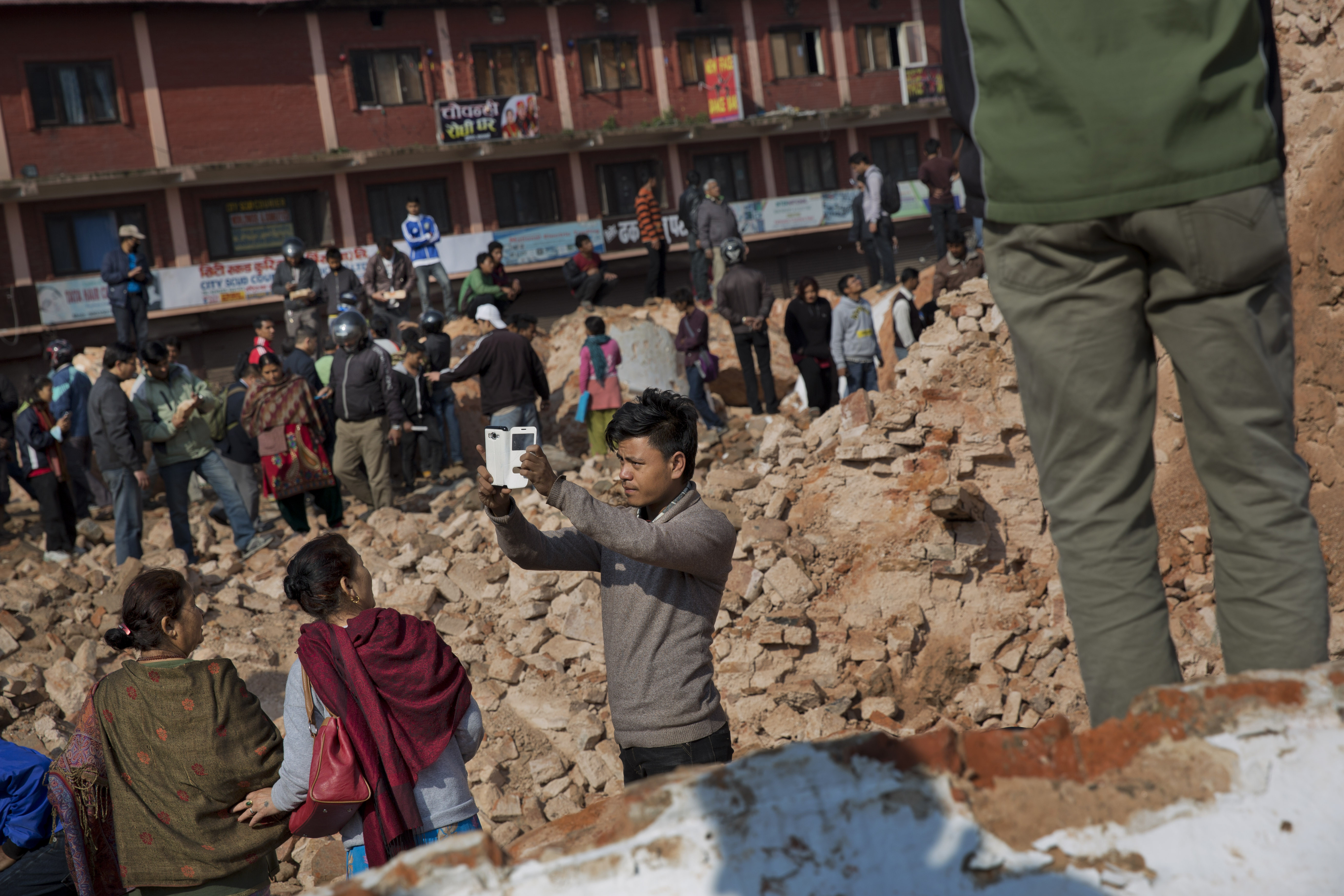 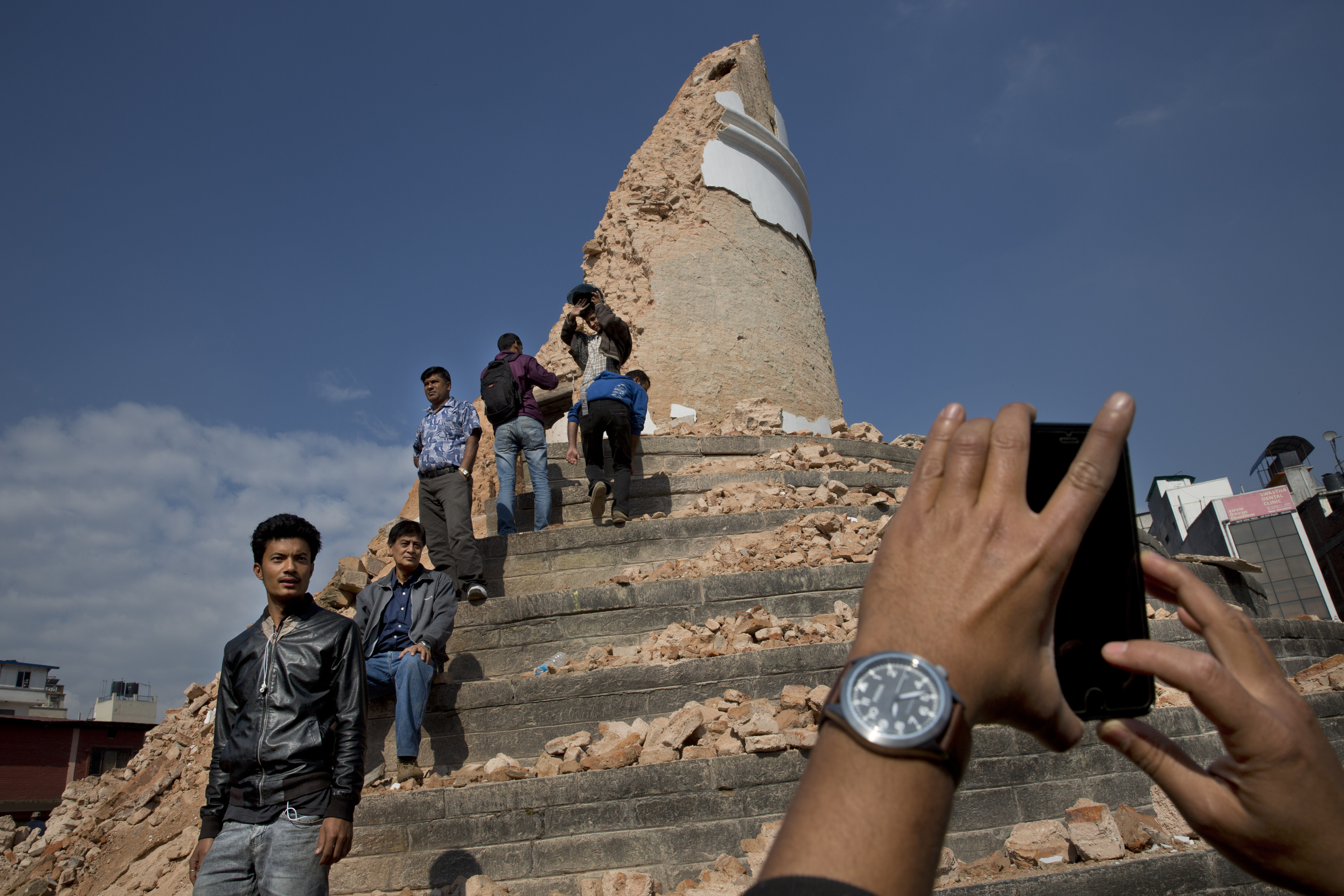 Police estimated that about 200 people were trapped in the tower when it collapsed Saturday. As of Monday morning, officials reported a death toll of more than 4,000 people.

The tower, a UNESCO World Heritage Site, was first built in 1832 and had already been destroyed and rebuilt once before following a 1934 quake.

Dharahara Tower's selfie-takers are the latest to join a trend that strikes many people as insensitive. People posing at the scene of a fatal explosion in New York in March were slammed on social media and by news outlets, as was a teen tourist who took a smiling photo of herself in front of barracks at the Auschwitz-Birkenau concentration camp.