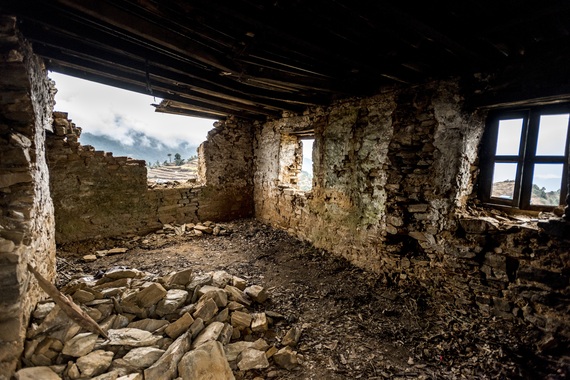 A year ago on April 25, a devastating earthquake struck Nepal that killed 9,000, left one million homeless, toppled centuries-old cultural monuments, and destroyed public infrastructure. As we reflect on the impact of the earthquake and learn lessons from its response, let us remember a deeply important fact: one of the world's youngest democratic republics didn't collapse with the falling of its buildings. On the contrary, Nepal's nascent democratic institutions strengthened. A new Constitution was promulgated containing many remarkably progressive clauses and commitments.

Much has already been written about the government's failure to provide adequate relief supplies and prompt support for housing reconstruction forcing thousands of families to live in temporary shelters through the long rainy season and harsh winter. Real progress in good governance and post-earthquake reconstruction has been painfully slow. The prolonged political bickering in forming a post-earthquake National Reconstruction Authority has delayed the utilization of vast sums of international funds.

These are all fair criticisms, but we must also appreciate Nepal's position as one of the world's poorest economies, emerging from a horrific civil war that had weakened many democratic institutions and a centralized bureaucracy inherited from a feudal monarchy. The five-month long blockade of the India-Nepal border severely hampered post-earthquake reconstruction. In stark contrast to the earthquake, the humanitarian crisis caused by the blockade went largely unnoticed by the international media.

In the face of all these challenges, there have been some notable successes. Immediately after the earthquake, the Nepal Army and Police sprang to quick rescue and relief operations with their bare hands. The large Nepali diaspora mobilized support around the world and many returned home to help. The Nepali youth did not wait for the government, and acted with passionate solidarity to help. There have also been some inspiring examples of public-private partnerships in strengthening Nepal's rural health institutions in several earthquake-affected districts. The early response of several UN agencies and INGOs was effective, although help for longer-term reconstruction has been slow and uncoordinated.

The path forward is fraught with challenges. Nepal's tiny economy lacks seaports or railways or a manufacturing base. A nation of 28 million people, sandwiched between the world's two most populous countries, Nepal's location makes it strategically important for regional prosperity and peace.

Together, Nepal's neighbors India and China represent 25% of the global economy, 36% of carbon emissions and 46% of the world's poor. In the face of growing militarism in the South China Seas, sectarian extremism in South Asia, global warming and income inequality, Nepal may seem unimportant. But precisely because of its strategic location between these two giants, Nepal with its struggling but vibrant democracy can become a beacon of innovation in inclusive, environmentally sound economic growth, and a model of a modern, secular, progressive state.
Nepal is already leading in several aspects of civil liberties that are worth emulating across the region. It is the only country in South Asia to have abolished the death penalty, a medieval practice that continues to stain governments around the world. It enshrines reproductive rights that are among the most progressive in Asia, protecting the rights of sexual minorities, marriage equality for gay and lesbian couples, and recognizing transgender people in its passports.

With the exception of a discriminatory clause affecting citizenship rights of children with foreign fathers that has been widely criticized, Nepal's new Constitution contains strong provisions of affirmative action to build a level playing field and to empower the poor, the marginalized and vulnerable groups. It mandates higher level of representation of women in positions of political power than most other countries of the world. It explicitly acknowledges historical oppression of women and Dalits and demands a proactive response.

To realize the Constitution's vision and to unleash its considerable economic potential, Nepal now needs a period of political stability, stronger rule of law, faster economic growth and massive job creation for its restive youth. As a first step, the international community needs to make due on the US$4 billion worth of commitments made to Nepal for post-disaster rebuilding. Beyond that, Nepal needs massive investments in environmentally sound infrastructure development, tapping into its large hydropower reserves for generating clean energy to build and operate a national railway system; mass transit for urban areas, and upgrading of its rickety airports to international standards to attract more tourists. Reconstruction of its ancient temples and archeological treasures damaged by the earthquake must be part of this effort, along with improved basic social services for its people.

Economic inequality and social exclusion are powerful destabilizing forces, leading youth to extremism and countries to conflict. With the right kind of support from the international community and the necessary governance reforms to create a strong, vibrant, secular state, building off its visionary constitution, Nepal's prosperity and regional leadership could be a lasting legacy of the devastating earthquake.

Gautam is a former senior UN official and Dr. Maru co-founder of Possible, a non-profit healthcare organization in Nepal