The most recent verdict in the case against Odd Nerdrum for tax fraud by the Norwegian State came as Nerdrum was painting in the sky behind the head of a wistful woman, gazing into the eternal sunset. A simple yet elegant composition.

But, this case is not a poem, nor is it a well crafted painting, or a figment of the imagination. It is a tragedy and all the elements are in place. Typically the main protagonist of a tragedy commits some terrible crime without realizing how foolish and arrogant he has been. Then, as he slowly realizes his error, the world crumbles around him. 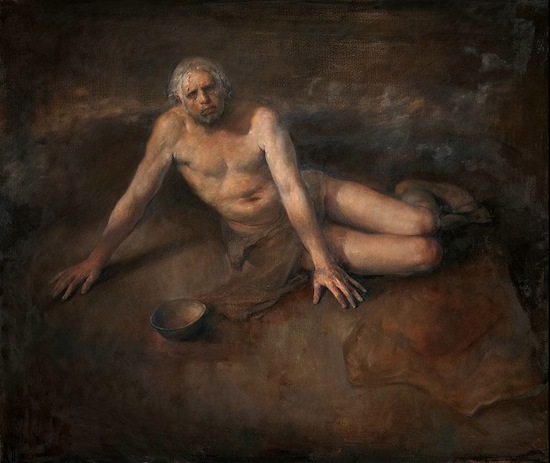 Self Portrait as a Dog by Odd Nerdrum

This case went to the Supreme Court in 2013 where new evidence was presented that caused the Supreme Court to over rule the previous sentence of two years and ten months in prison and sent the case to be retried in the court of appeal. Dagbladet, the Norwegian newspaper which presented the new evidence, had its journalists travel to both Iceland and Austria to collect statements from the bank in Lech, Icelandic tax returns, income statements, faxes and emails. The journalists won the most prestigious award for journalism in the country for investigative reporting on this case.

The documents revealed that:

• The court has established that Nerdrum has been paid 693,177 dollars more by the gallery, than the sale of paintings implies.

• Nerdrum has most likely declared of all his revenues, with the exception of three small checks. But the new evidence does not answer whether Nerdrum taxed at the right time or the right country. 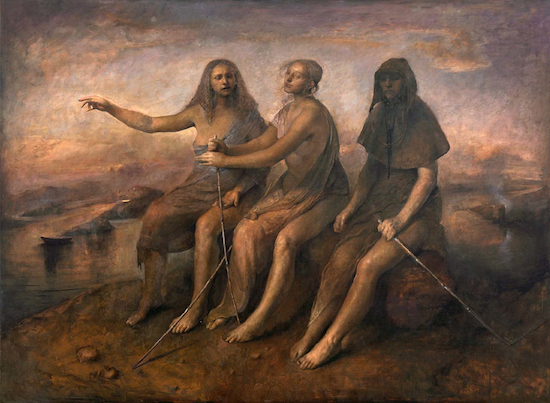 You See We Are Blind by Odd Nerdrum

In the fourth round of court proceedings against Nerdrum, which took place in May of 2014 and whose verdict came on June 16th, 2014, Nerdrum was sentenced to one year and eight months in prison. One year in actual prison. And eight months house arrest. It seems that the award winning evidence was ignored.

I communicated with Art Sociologist Dag Sohjell, who is reviewing the verdict, and he can find no evidence of tax evasion on Nerdrums part aside from two small checks that amount to around $2,000 total. Hardly cause for a prison sentence.

The verdict itself says that Nerdrum has paid all the taxes he should, but that the reason for him to create the infamous bank box in Austria was originally to hide money from taxation. Are we to believe that all income was taxed but yet the intention was to hide it? Why did Nerdrum pay the taxes then? Why did Nerdrum tell the court about the bank box if his intention was to hide it?

The testimony of Bernt Fischer, who handled the Austrian bank box, was ignored by the court. In that testimony he says that the money was held black, but, done so for the purpose of protection from the possible claims of customers. Much has been said, a book was even published, about some 35 unstable and damaged paintings which Nerdrum worked to replace in case of customer claims but this was also ignored by the court and not even mentioned in the verdict. This was the reason for the bank box in the first place. In 2002, the year the investigation began, Nerdrum's five year contract with his gallery ended and it was seen that customer claims were no longer a threat. The money was paid out and taxed. Those are the facts taken from the verdict.

A fair question to ask then is why is Nerdrum being sentenced to prison if there is documented proof that he has paid his taxes? 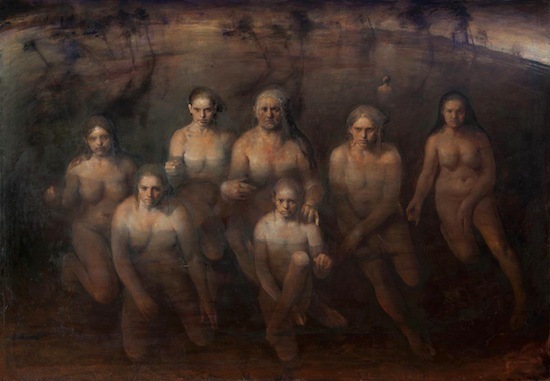 Here are the words of Nerdrum himself (translated from Norwegian, so there are minor adjustments) which he presented as his closing statement in the criminal case against him on May 23rd, 2014:

"Honourable judge, since my debut fifty years ago, in Oslo, Norway, I have had little credibility. And as Dag Solhjell says, therefore I have had less legal protection. That might sound strange, but it is because I have stood quite alone with what one could call classical figuration - in a time when everyone should be modern - modern artists. It is probably difficult to understand if one stands a little outside it, but, art is in many ways a religion. It is ordained as a religion after Christianity started to... fade away. So that... I have had great difficulties with the milieu. And this again, has settled as a layer of sludge over the entire intellectual milieu. They say Nerdrum is not credible. I remember that professor Malmanger once said: "We all know that Nerdrum is a villain". And this was at such a meeting where I was present- but the point is that in all these years, the treatment of me, has not been very pretty. So many say that the treatment I have been given by the Norwegian rule of law is that - "Yes, of course, it had to happen". Not because I have done anything wrong, but because it was in the atmosphere that, that man, we shall take this man one day. And this is in many ways the ending point - all the other things they have done against me are not very dangerous, so they had to find something, and I always say that; If one has not murdered, and not raped a child, then one finds something else for which to punish a person, and then they always turn to taxes. Now I am not talking about the details in this tax case, but generally speaking - they go to taxes, and this one can also see in foreign countries when they don't like people - they turn to that, because then they can then keep on with them, make them suffer, for quite a long time. This is also the reason for... it is fifty years of lacking credibility which has resulted in me ending up in this situation. It is not just: Yes, here there are numbers that do not match. It is generally seen as a terrible situation that I have been living in, for so many years and therefore I think that it is terrible if I should end my days... I am now seventy years old... to end my days in prison without the chance to get anything done anymore. Not to work with what I should have been doing, but put me in prison because I was so damn honest with the customers..." 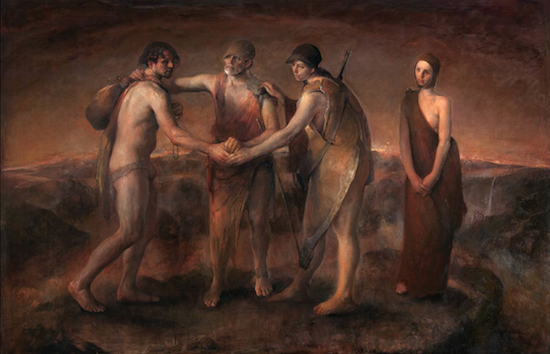 Remember though, this is not a play, it is a man's life.

It is not in China that this case is being made against a rowdy artist, but in Norway, a civilized western country, against a classical figurative painter who maintains his innocence and which the prosecution presented no evidence to the contrary.

The presumption of innocence is a fundamental principle of justice and is guarantied in the European Convention of Human Rights, art. 6, section 2. "Everyone charged with a criminal offence shall be presumed innocent until proved guilty according to law". According to the verdict handed down in the Nerdrum case, there is no proof of guilt.

This escalates the tragedy.

Despite Norway's international reputation, Norwegian police, courts and prison authorities have been criticized and convicted on several occasions by the European Court of Human Rights for breaking the principle of innocent until proven guilty and a list of those cases can be found on Wikipedia.

Subscribe to my Huffington Post blog to follow the progress of this case. As I receive information about the possibility of further appeals or other developments in the case I will share it with you here. As of now, Odd Nerdrum's future is unclear, but clearly, his liberty is in jeopardy.