Dave Franco and Emma Roberts team up in a Truth or Dare (actually only dare) cyber competition that will take the audience on one hell of a ride. 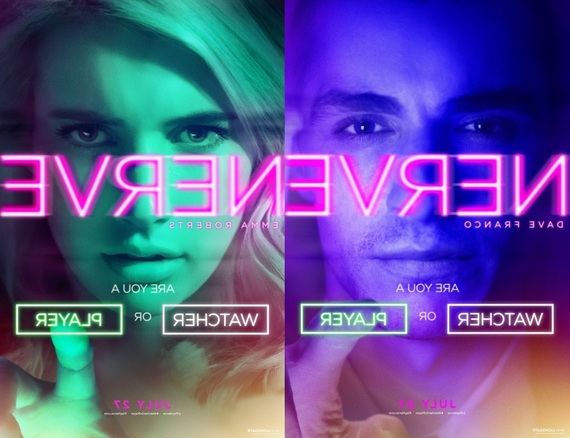 (http://www.thefandom.net/movies/nerve-poster-dare-movie-interview/)
Nerve stars Emma Roberts, Dave Franco, Juliette Lewis, Kimiko Glenn, Emily Meade and Machine Gun Kelly. Many movies have tried to depict how they think the future of technology will look like and Nerve is one of the few that makes the cut. Vee (Emma Roberts) is a young girl in her senior year of High School. Feeling like she has not lived her life to the fullest and taken any risks decides to play a game called Nerve. In Nerve you can either be a watcher or a player, players are given a dare from the watchers to perform for money. Also, all the players are in competition with each other to see who can complete the most dares and get to the final round. While Vee is completing a dare she meets Ian (Dave Franco) and they become a team in the game. As Vee continues to play she is stuck in a dare she cannot get out of. The consequences of this dare may change Vee's whole life.
When online gaming and reality TV come together you get Nerve. The ultimate reality show where the person watching can tell their favorite reality stars what they want them to do. The movie is set in New York City, which may as well be one of the characters in the movie. The city creates a great visual backdrop and sets a fun and wild mood for the movie. This adrenaline filled movie in New York, the crazy city that never sleeps, is the perfect location for the film. 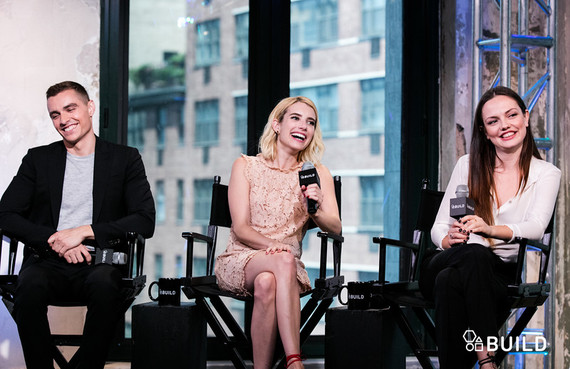 Nerve won't have you on the edge of your seat, but there were moments that will take you by surprise. The plot is fairly simple and some of the moments are expected, but they are still a few surprises towards the end. One of those surprises is Machine Gun Kelly's character, you think he will only make a cameo in the movie, but he ends up being a major character.
Emma Roberts and Dave Franco make a great team that you are always rooting for to win. They have great chemistry that is believable and keeps the movie going. There were a few monologs given by Emma Roberts that were laughable, but other than that she and Dave Franco gave a solid performance. Nerve is an enjoyable time that will satisfy kids and young adults in the theater.
With interactive games like Pokémon Go becoming more popular, Nerve is something that does not seem too unrealistic. Since you can imagine yourself in the game as a player or a watcher it just makes the movie more exciting. 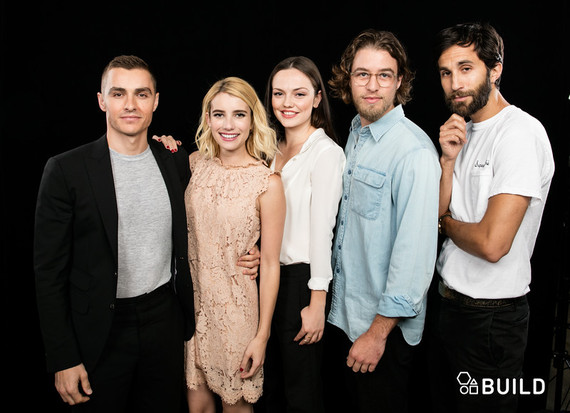 Overall there are a few twists and turns in the movie that you may not expect. I give Nerve 3.5 out of 5 stars. This is something you should go to the movie theater to watch once and maybe again when it comes out on Netflix. Nerve comes out on Wednesday, July 27th, 2016 in all major theaters. You can go to http://Aol.com/Build for an exclusive interview with Emma Roberts, Dave Franco, Emily Meade, and directors Henry Joost and Ariel Schulman to learn more about the movie.