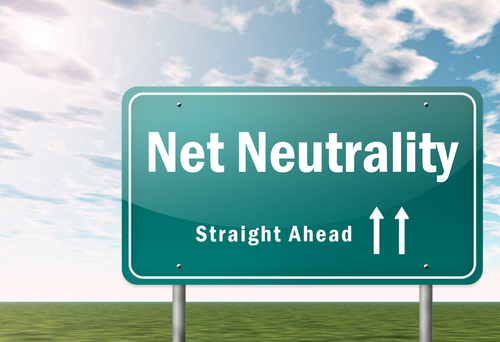 If you haven't been following the Net Neutrality debate, you need to start. It's not only bad for small to medium businesses, but threatens to widen the digital divide in a way that will leave the disenfranchised off on an island of their own -- possibly for good.

The Internet and Social Change

Since it began, the Internet has been a catalyst for constantly evolving technological and social change. From the advent of email, to live streaming broadcasts, the technology has grown in leaps and bounds. It is used by businesses, by schools, by the government, by churches, by charitable institutions and by everyday people to view and connect to the world, giving a voice to those who might otherwise never have been heard.

The power to connect is evident after mere moments on social media, where on any given day one encounters posts about everything from missing dogs to the plight of the homeless via colleague Mark Horvath. YouTube videos offer a new way to educate and support each other, as evidenced by the It Gets Better project, as one example. Crowd-funding websites like Kickstarter and Indiegogo make it possible for innovators to turn their ideas into real projects, and for charitable causes like Samahope to raise funds to help those in need more easily than ever before.

Despite these amazing innovations, there is still a large percentage of the population out of the technology loop. The reasons for this Digital Divide, as it is called, are varied, but include factors such as age, usability, and socioeconomic status. Luckily, there are organizations and businesses committed to funding Internet access for low-income households and regions, recognizing the importance of bringing everyone into the digital age -- but it's not a small job.

Many of those that need help attaining the necessary equipment and connections to make use of the Internet also require technical support and education to be able to use it effectively.

Neither the problem, nor the solution, is simple. But it's important to continue the effort, and to offer not only Internet connectivity, but broadband connectivity.

According to Lee Rainie of Pew Research Center's Internet Project, the shift from dial-up to broadband at home has created very different users:

• They did more and spent more time online
• They used a lot more video online -- because they finally could
• They became content creators themselves
• They became participants in culture, civic life, government life, in their communities in very different ways

Dial-up made the Internet, sort of a novelty to people. But when they switched to broadband it became an essential part of the rhythms of their information-seeking, of their communications patterns; it was deeply built into their lives.

Muddying the waters is the real and present threat to the previously established rules of Network Neutrality.

In January 2014, in response to Internet Service Providers pushing for the right to charge a premium for faster connection speeds, the United States Court of Appeals for the District of Columbia Circuit ruled that the Federal Communications Commission did not have the authority to regulate broadband service because, unlike the rest of the Internet, broadband is classified under "information services" instead of under "telecommunications services."

We're talking about broadband, which means image loading, video streaming and the Cloud for starters. As stated above, broadband is a game-changer with regard to how people perceive and use the Internet. And the ISPs want control of it.

Here's why that's not a good idea:

• They would charge more to applications like Netflix, that require a fast connection to operate efficiently; these costs would undoubtedly be passed down to consumers.
• Smaller companies and organizations without the resources to pay for premium services would lose their reach and flounder, or never get off the ground to begin with.
• And ISPs will have the power to block or limit at will, simply because they don't like the cause, the message, or the political agenda of any given user.

The scary part? The ISPs already have the power to do what they want and the FCC does not have the authority to stop them. The ISPs have tried to convince those worried about Net Neutrality that they can be trusted, but in reality they have already stated their intent to divide access.

And there have already been cases where the rules were broken -- even while the rules actually applied. Now? All bets are off.

What will the fallout of this change of rules be? George Weiner, founder of the nonprofit consulting firm WholeWhale says:

Losing Net Neutrality would accelerate a digital divide on pace with the historically lopsided income divide... It would slow new innovations in the social sector, like low income online banking, that leverage technology to connect and create access to crucial services.

Without Net Neutrality, those who've just recently found a voice online will be silenced. Those who have not yet begun likely never will -- they won't have the resources. Citizen journalism -- which brought us the Egypt uprising (via Twitter hashtag) among other viral efforts -- will cease to exist.

This is not simply a case of corporations vs. citizens. It's the defining free speech issue of our time. The list of cons is extensive; the only pros are for the ISPs and their bottom lines.

So what is to be done?

Plenty, but time is short. The FCC does have the authority to reclassify broadband as a telecommunications service, allowing them to regulate the ISPs' conduct. However, they have not stated outright that this is their intention. They are seeking public opinion on whether or not this is the best way forward.

From now through July 15, 2014 they are soliciting comments on this issue, at which point they will enter into a two-month period of feedback on comments. Near the end of the year (no specific date was given, but it will likely be after Election Day, according to the Wall Street Journal) a vote will be taken, and the FCC will either gain control as a regulating authority over broadband service, or the Internet as we have known it will be forever altered.

How do YOU plan to fight this? We need to speak out -- loudly -- now, and let them know that an Open Internet is in the best interest of all Americans.