Israeli Prime Minister Benjamin Netanyahu delivered an address to a joint session of Congress on Tuesday morning, an event that was -- for many Beltway swells -- the hot ticket for the social event of the season. But all the media attention focused on Netanyahu's remarks has made for the perfect opportunity to do a rare Tuesday Morning News Roundup. Here's what everyone missed.

So ends that winsome melodrama. Days after Congress extended the final act of the "Will They Defund the Department of Homeland Security" saga by one week, House Speaker John Boehner is calling for an anti-climax. As Elise Foley reports:

Senate Democrats have already shown that they will not vote for a funding bill that passed the House in January. That bill would tie funding to ending President Barack Obama's immigration actions, which could allow as many as 5 million undocumented immigrants to temporarily stay in the country and work.

Now, the House is conceding defeat on getting immigration measures into the DHS bill. The vote could come as soon as Tuesday.

The center of this contretemps is a series of executive actions from Obama, implementing his policy preferences on immigration. At the moment, 26 states are suing the administration over those executive actions, a fact that Boehner cited in telling House Republicans there'd be a vote on a "clean" DHS funding bill. "The good news is that the president’s executive action has been stopped, for now," the speaker said. "This matter will continue to be litigated in the courts, where we have our best chance of winning this fight."

Shutting down Homeland Security is an option that Boehner on Tuesday deemed to be "untenable." Given his approval of the lawsuit lodged against the White House, it makes you wonder how a threatened shutdown made it even this far.

2. David Petraeus gets slapped on the wrist in a plea deal.

"The alternative to this bad deal is a much better deal," said Netanyahu of the current negotiations over Iran's nuclear future, on which the Israeli prime minister would like to put the kibosh. As if to emphasize the secret existence of really great deals you had no right to expect, the U.S. Department of Justice reached an accord with wayward military guru and retired general David Petraeus, who scandalized himself after it came to light that he'd shared classified information with his inamorata and biographer, Paula Broadwell.

The New York Times' Michael S. Schmidt and Matt Apuzzo have the story:

Mr. Petraeus will plead guilty to one count of unauthorized removal and retention of classified material, which carries a maximum penalty of one year in prison. Mr. Petraeus has signed the agreement, said Marc Raimondi, a Justice Department spokesman.

What's the over/under on "number of days Petraeus will spend in jail"? I'd advise you to go low -- this is, after all, an American Thought Leader. I'd sort of like to see some people at least apologize to MoveOn over this thing, as it seems only fair at this point. Speaking of:

3. Edward Snowden may be returning to the United States.

Russia -- don't know if you've heard -- is a really hectic place right now, and apparently Edward Snowden wants out. According to Reuters' Gennady Novik and Gabriela Baczynska, a Russian lawyer told reporters there is some sort of ongoing trilateral legal wrangling that could ultimately return Snowden to America:

Anatoly Kucherena, who has links to the Kremlin, was speaking at a news conference to present a book he has written about his client. Moscow granted Snowden asylum in 2013, straining already tense ties with Washington.

"I won't keep it secret that he ... wants to return back home. And we are doing everything possible now to solve this issue. There is a group of U.S. lawyers, there is also a group of German lawyers and I'm dealing with it on the Russian side."

4. Russ Feingold will do some stuff.

Former Sen. Russ Feingold (D-Wis.) is heading for the door at the State Department, where he's been serving as the special envoy for the Great Lakes Region of Africa and the Democratic Republic of the Congo. Rumors are plentiful that his aim is to return to the Senate by defeating the man who defeated him (in a thoroughly ironic result), Sen. Ron Johnson (R-Wis.). That is no easy task. As Roll Call's Nathan Gonzales points out, ousting the senator who ousted you is a political trick that "hasn't happened in nearly a century."

Feingold took to Facebook on Tuesday to offer the precise sort of vague intimations that make political reporters freak themselves:

After I leave the State Department this week, I will spend portions of 2015 teaching international relations and law at Stanford University. For most of the rest of this year, I will be living at my home in Middleton, Wisconsin, from where I will travel the state extensively. I will listen carefully to my fellow Wisconsinites talk about their concerns, especially those involving their economic well-being. I will also seek their counsel on how I can best further serve my country and the state I love.

Here's hoping he stuck to his government email account while at State.

Anyway, that's what you missed this morning if you were caught up in "Netanyahu speech" Twitter.

ICYMI: Here's Everything That Happened During The Netanyahu News Dump
Reactions To Benjamin Netanyahu's Speech 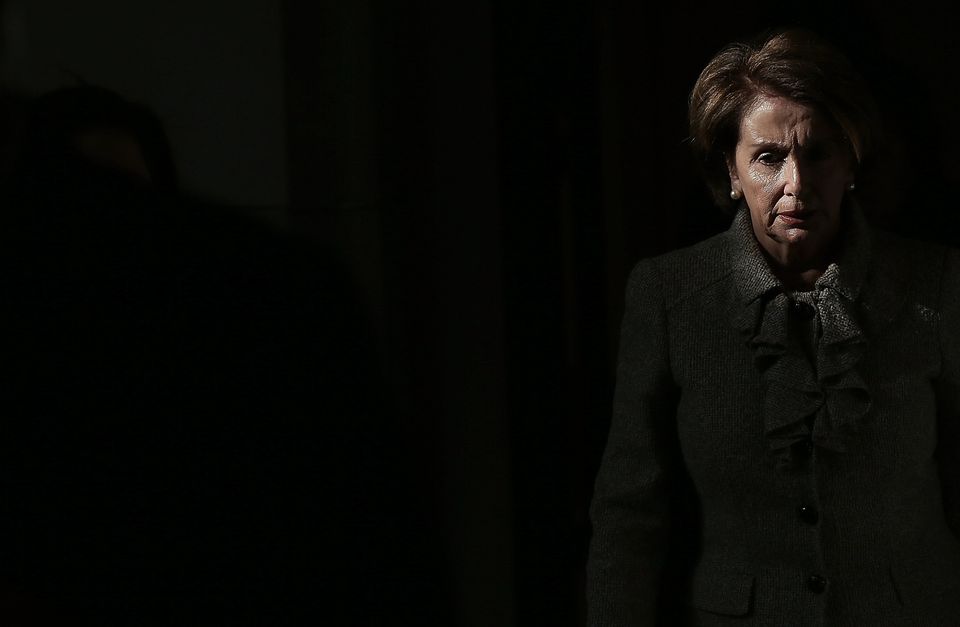 1 / 16
Nancy Pelosi
"I was near tears throughout the Prime Minister’s speech – saddened by the insult to the intelligence of the United States as part of the P5 +1 nations, and saddened by the condescension toward our knowledge of the threat posed by Iran and our broader commitment to preventing nuclear proliferation," House Minority Leader Nancy Pelosi (D-Calif.) said in a press release following Netanyahu's speech.
Win McNamee via Getty Images