His main challenger, Isaac Herzog, leader of the Zionist Union, said on Facebook that "Israel will be stuck with Bibi" unless voters turned out on Tuesday for the center-left alliance, which polls predict will take 24 to 26 seats in the 120-member parliament, compared with 20 to 22 for Likud.

No single party has ever won an outright majority in the legislature, making coalitions the norm. Israel's president picks the political leader whom he believes has the best chance of forming a coalition to have a go first.

Faced with the projected Zionist Union lead, Netanyahu has in the final days of the campaign ramped up appeals to disaffected supporters who have shifted their allegiance to smaller right-wing parties to "come home" to Likud.

"The choice is symbolic: the Likud led by me, that will continue to stand firmly for (Israel's) vital interests, compared with a left-wing government ... ready to accept any dictate," he said in a campaign speech at the Har Homa settlement.

Setting the tone for his three terms in office, Netanyahu promoted the establishment of Har Homa in 1997, in defiance of deep-seated international opposition, after he was first elected prime minister.

The settlement is on a hilltop in a part of the occupied West Bank that Israel annexed, along with nearby East Jerusalem, after the 1967 Middle East war. Palestinians, who call the site Jabal Abu Ghneim, have long viewed Har Homa's construction as an attempt to tighten Israeli control around the holy city.

"I thought we had to protect the southern gateway to Jerusalem by building here," Netanyahu said, with a construction site behind the podium as his backdrop. "There was huge objection, because this neighborhood is in a location which prevents the Palestinian (territorial) contiguity."

Avraham Diskin, a political scientist at Jerusalem's Hebrew University, said opinion polls showed the right-wing and left-wing blocs were both short of a governing majority.

"In all previous elections there were considerable differences between predictions and results," Diskin said, estimating that between 10 and 20 percent of voters were still undecided.

With some 70 percent of the electorate usually remaining loyal either to left- or right-wing parties, "it's enough for three to five percent to move from one bloc to another to ... get a dramatic change in the future government of Israel," Diskin said.

In an interview with Reuters on Monday, Lapid said "the Netanyahu era is coming to an end," with the majority of Israelis seeking change. Yet despite having been fired by Netanyahu as finance minister in December, he did not rule out working with him again.

Netanyahu has focused much of his campaign on security issues, paying a contentious visit to Washington two weeks ago to warn against a potential nuclear deal with Iran.

But political commentators said Netanyahu, who has raised eyebrows in Israel by alleging that foreign powers want to topple him, has underestimated voters' concerns about soaring housing and food prices and miscalculated when he called an early election in December. (Additional reporting by Allyn Fisher-Ilan; Writing by Jeffrey Heller; Editing by Sonya Hepinstall) 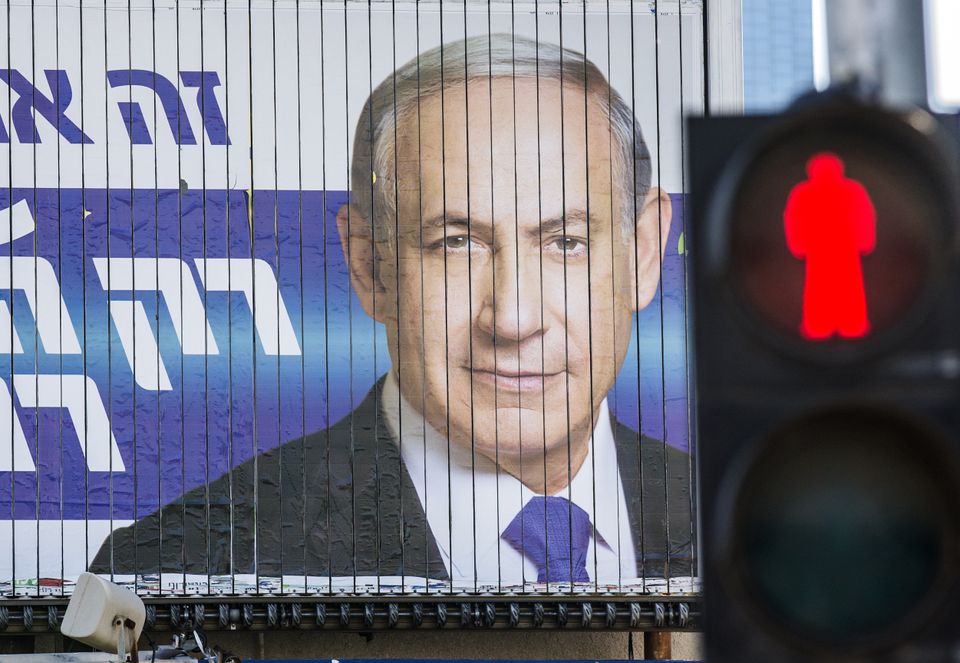