Many are concerned about the threat to Israel from Iran’s nuclear program and the prospect of a weak deal with the United States to curb it, an issue on which Netanyahu has been an outspoken Obama critic. Even so, they believe Netanyahu’s unrestrained attacks on the White House and in-your-face visit jeopardizes the close ties Israel has long enjoyed with the United States.

“People are upset about it,” said Rob Eshman, publisher and editor in chief of the Jewish Journal, a Los Angeles-based publication and website. “They’re obviously concerned about Iran and want a good deal and think it’s really unfortunate that Prime Minister Netanyahu is doing this — creating a conflict outside the existing conflict.”

The divisiveness among Americans mirrors that of many Israelis equally concerned the visit will plunge traditionally close relations between U.S. and Israeli leaders to an unprecedented low.

The episode amounts to “really a swift kick into the underbelly” of the longstanding bond between Israel and the United States, Eshman said.

Obama and other top administration officials are refusing to meet with Netanyahu because he accepted an invitation from House Speaker John Boehner, R-Ohio, to address Congress without clearing it with the White House, as is customary for visits by foreign leaders.

Obama, who has had a strained relationship with the Israeli leader, says it is inappropriate for him to meet with Netanyahu so close to Israel’s March 17 election because it would look like the U.S. leader is injecting himself in a foreign ally’s politics.

Many Jewish leaders are disappointed that Netanyahu has refused to meet separately with a group of Democratic lawmakers, including Sen. Dianne Feinstein, D-Calif., who has been a strong supporter of Israel. Many Senate Democrats plan to boycott his address to Congress to show solidarity with Obama.

Rabbi Marvin Heir, founder and dean of the Simon Wiesenthal Center and its Museum of Tolerance in Los Angeles, said he wants people to focus on the Israeli leader’s message about nuclear negotiations with Iran, not partisan conflict.

“To Israel, this is an existential threat. [Iran has] said countless times they want to exterminate and destroy the Zionist cancer in the Middle East, which is the state of Israel,” said Heir, who will be present for Netanyahu’s Tuesday speech to Congress.

“At a moment like this when we know the talks with Iran have reached a crucial stage, the prime minister of Israel has a right to express his concerns here in the United States,” he said.

That thought doesn’t sit well with Rabbi Michael Lerner, editor of Tikkun, a progressive Jewish interfaith magazine based in Berkeley, Calif. He organized a group of more than 2,400 signers on a full-page advertisement in Monday’s New York Times criticizing Netanyahu’s visit.

“No, Mr. Netanyahu — you do not speak for American Jews,” the advertisement says. It says polls show a majority of American Jews (and non-Jews) support Obama’s attempt to negotiate a settlement that would prohibit Iranian development of nuclear weapons rather than the prime minister’s “undermining those negotiations.”

“Those of us who want a strong Israel feel that [Netanyahu] has dramatically weakened public support and created an image of Israel that is insensitive at best,” Lerner said.

One thing both sides seem to agree on: The controversy has put American Jews in a tight spot. Rabbi Jeffrey Salkin of Temple Beth Am in Bayonne, N.J., said he — like most American Jews — is torn over what has become a partisan conflict.

“This is a classic example of two parents fighting and their children becoming anxious,” he said. “American Jews have twin loves — the United States and Israel. And they don’t like being pulled emotionally in two directions.”

“Opinions are all over the place. The leadership thinks that if the prime minister thinks it’s an important message he has to deliver personally, that’s something he’s obligated to do for the people of Israel,” he said.

“I don’t think it’s going to have any long-term damage the way some people are suggesting. Whatever discomfort or damage in the short run has been done isn’t going to get worse by coming here,” Bard added.

Rabbi David Wolpe of Sinai Temple in Los Angeles said Jews he speaks with “feel tremendously conflicted” by the controversy. He and about 300 others from his temple will be attending the annual American Israel Public Affairs Committee (AIPAC) meeting in D.C., which starts Sunday. Netanyahu will speak at the conference Monday. AIPAC is one of the most powerful lobbying groups in Washington.

“More than anything else, they feel both sad and distraught that it’s come to such a pass, whoever they blame,” Wolpe said.

Rabbi Jonah Pesner, the new director of the Religious Action Center of Reform Judaism, the advocacy arm of the Reform Movement, said it is important for Jews to focus on the two overriding concerns: maintaining strong bipartisan support for Israel among U.S. leaders, and facing the threat from Iran.

“The fact that this has become a partisan political hot potato is very disconcerting,” Pesner said. “We really want people to rise above the kind of partisan chatter and see the importance of the Israel-U.S. relationship and the importance of a non-nuclear Iran.” 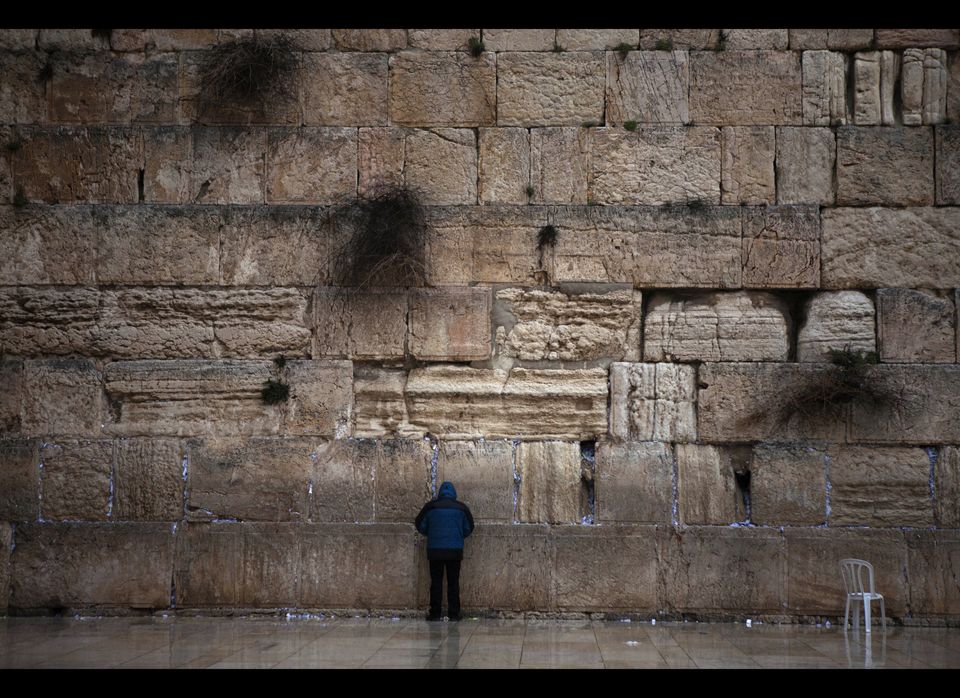 1 / 13
A man prays on a rainy morning by the Western Wall in the Old City of Jerusalem, Friday, Jan. 13, 2012. The Western Wall is is one of the most sacred sites in Judaism. (AP Photo/Dusan Vranic)
AP