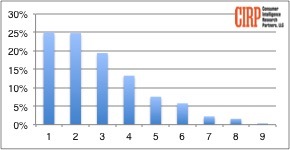 On a quarterly basis, CIRP surveys consumers that used at least one of ten on-demand video content services at least once in the three months preceding the survey. The services include Netflix, Hulu Plus, HBO Go, iTunes, cable and satellite paid on-demand, Redbox and other disk rental, and Amazon Prime and Amazon Instant Video. 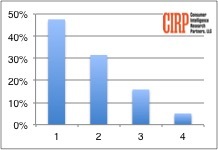 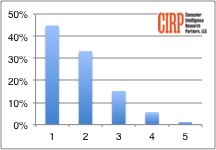 Consumers need more than one on-demand service, and even more than one subscription or per-use service. No single service meets all of a consumer's needs, so they tend to create a 'market basket' that combines services.

No one service truly dominates. While Netflix and Redbox each have the largest penetration among subscription and per-use services, even their customers use other services extensively. Among Amazon Amazon Instant Video customers, while 95% have a subscription service, most use at least Amazon Prime as that service.