CORRECTION: Well, there was a bit of confusion as to what Netflix was actually announcing with its blog post this morning. Apparently, DVD-only plans have always been available -- Netflix took to the web simply to announce a new website on which customers could sign up for those DVD-only plans (dvd.netflix.com).

Netflix spokesman Steve Swasey emailed me with the following correction:

"Nothing is new with Netflix DVD plans. We simply enabled a URL."

Netflix spokesman Joris Evers also chimed in, tweeting at me with a correction:

"While @Netflix did make it easier to sign up for DVD plans, these plans weren't actually gone like @gilbertjasono @HuffingtonPost suggests."

"Netflix has offered a DVD only plan for $7.99 since last year."

So, there you have it. Netflix wants you to know that there is now a new URL at which you can sign up for those DVD-only plans it says are yesterday's news.

PREVIOUSLY: Netflix has announced yet another backpedal.

Longtime Netflix users will recall that the service long offered DVD-only plans with streaming included, until a controversial price hike in the summer of 2011 split streaming and DVD plans asunder. The option for new users to sign up for DVD-by-mail plans then disappeared from the website following the announcement of Qwikster, a separate website that would handle DVD subscriptions. When Qwikster was cancelled, new subscribers were left with no way to get Netflix DVDs but to also sign up for a streaming subscription.

Now, however, Netflix is bringing back those plans to new customers who just want red envelopes without also having to pay for streaming. In a post on the official Netflix blog, Santosh Hegde, Director of DVD Engineering, unveiled the new/old plan, which offers DVD-only subscription starting at, once again, $7.99. The website for new DVD subscriptions lives at http://dvd.netflix.com.

This does not mean that Netflix is doubling down or reinvesting in DVDs. As Peter Kafka hammers home in a blog post on AllThingsD, Netflix CEO Reed Hastings has, for the past several months, reiterated that his company views streaming media as the future of both Netflix and his company. Kafka points to this straightforward Hastings quote about the role of DVDs in Netflix's future:

Streaming is the future. We’re focused on it. DVD will do whatever it’s going to do. We’re not — we’re going to try to not hurt it, but we’re not putting a lot of time and energy into doing anything particular around it and then we’re focused on, how do we take advantage of this incredible global streaming opportunity.

And here's Hastings again, in January 2012: "We expect DVD subscribers to decline steadily for every quarter, forever." And then there's Netflix spokesman Steve Swasey, who also emphasized the importance of streaming in a phone call with HuffPost in early February, stating that the lion's share of Netflix's budget would be spent on streaming acquisitions for 2012, in an attempt to improve the quality of Netflix's streaming library. And if that's not proof enough, remember that Netflix calmly accepted Warner Bros. new 56-day waiting window for its new releases on DVD, while competitor Redbox raged against WB's decision and announced that it would find its DVDs elsewhere.

In any case: Netflix may not really care about DVD rental plans, but it is once again offering them for those who do. Read the blog post announcing DVD plan availability here, and to start (or re-start) your own DVD subscription, head over to http://dvd.netflix.com. 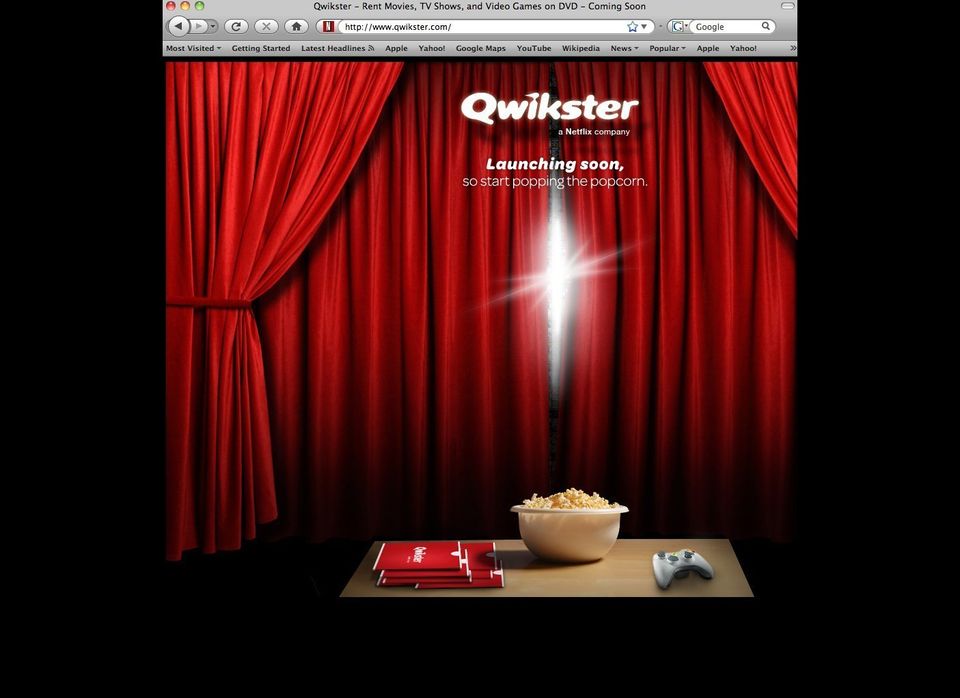