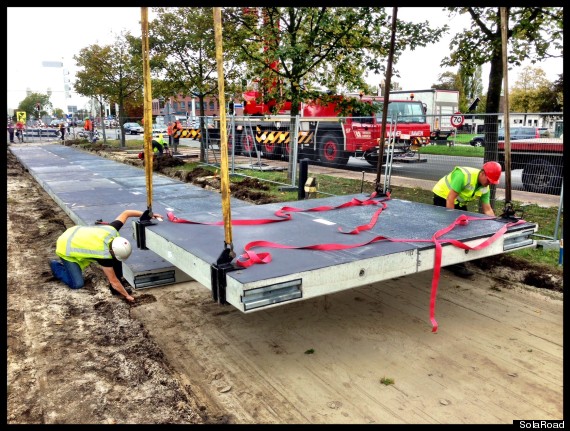 This story was originally published by City Lab and is reproduced here as part of the Climate Desk collaboration.

It's tough to make cycling any greener, but the Dutch have done just that with a bike lane that powers street lights and even houses.

What's being billed as the world's first solar-powered bike path will officially open on November 12 in Krommenie, a town northwest of Amsterdam. Riders will be able to hop on at one end and then, after a few seconds of pedaling, dismount at the other. Being a pilot project, the lane is only 230 feet long (though it'll stretch to 328 feet when finished).

The so-called SolaRoad is the result of a collaboration among the private sector, government, and academia. Here's a brief description of how it works:

The pilot road of just a hundred metres consists of concrete modules each of 2.5 by 3.5 metres. Solar cells are fitted in one travelling direction underneath a tempered glass top layer which is approximately 1-cm thick. There are no solar cells on the other side of the road and this is used to test various top layers. In time, the solar power from the road will be used for practical applications in street lighting, traffic systems, electric cars (which drive on the surface) and households.

Visually, the SolaRoad kind of looks like the glassy cooking element on an electric stove. It's outfitted with a friction-granting surface, though, so riders won't careen around on it like pinballs: 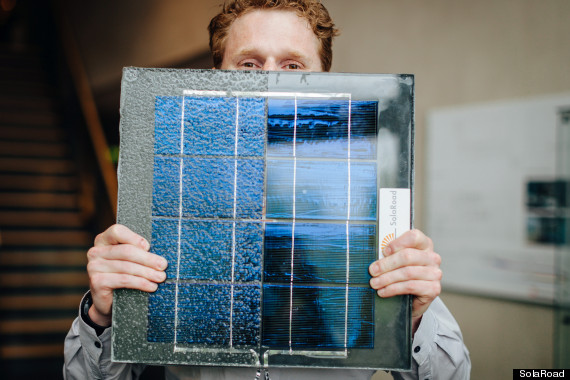 The green pathway has its drawbacks. Because it can't be angled toward the sun, it's less efficient than solar panels. And it's hugely expensive at an expected cost of $3.7 million. But as the technology advances these problems might diminish, allowing for some wild new uses to take center stage, reports the BBC:

Dr. Sten de Wit from SolaRoad, the consortium behind the project, envisages that solar roads could eventually be used to power the electric vehicles that use them.

"Electric vehicles are on the rise, but are not really a substitute until the electricity they use is generated in a sustainable way. Roads can generate power right where it is needed," de Wit explains in a publication for the contract research organisation TNO. 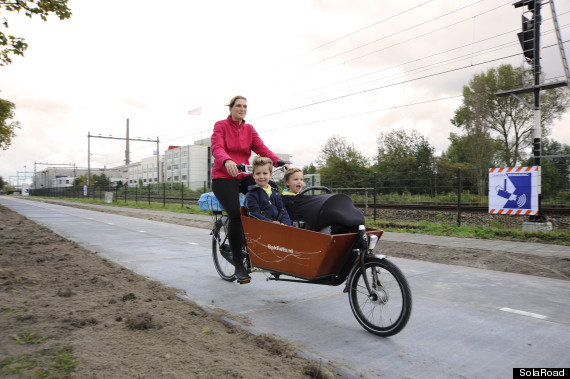 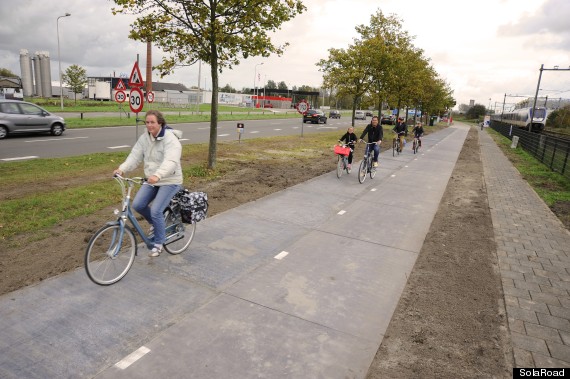