In a highly-anticipated rematch of the final of the 2010 World Cup, the Netherlands demolished defending champion Spain, 5-1, at Arena Fonte Nova in Salvador. The Dutch racked up four second-half goals in a dominant performance that included two scores apiece from forwards Robin Van Persie and Arjen Robben. The 5-1 result was the most lopsided loss ever suffered by a defending champion in its World Cup opener, according to ESPNFC. While a win in the group stage of the 2014 World Cup, no matter how emphatic, does not make up for the 1-0 extra-time defeat in the 2010 World Cup final, it does put the Netherlands firmly in control of Group B.

The deluge of Dutch goals began deep into the first half when Van Persie scored with a high-flying, jaw-dropping header. Running onto a through ball from teammate Daley Blind, the Manchester United striker left his feet to get the Netherlands on equal footing with Spain, who had taken an early 1-0 lead by way of a penalty kick.

Just sit back and simply enjoy this beauty of a goal from Blind to van Persie #ESPvsNEDhttp://t.co/EGPLbChCuI

Van Persie's goal came in the 44th minute and the teams went into halftime even, 1-1. After the intermission, the second stanza was essentially one 45-minute long Netherlands highlight reel. Robben, who famously missed a gilt-edged chance in the 2010 final, notched his first goal of the match in the 53rd minute when he eluded two defenders in the penalty after running on to another incisive pass from Blind. Robben fired a left-footed shot that found its way past Spain goalkeeper Iker Casillias and produced a lead that would only grow.

The Dutch advantage was doubled in unlikely fashion approximately 10 minutes later. In the 64th minute, defender Stefan de Vrij scored his first career goal for the Netherlands when he knocked in a corner kick at the far post.

Facing a 3-1 deficit, Spain had already surrendered more goals in this game than it had throughout the entire 2010 World Cup. Unfortunately for La Roja, more goals were coming. In the 72nd minute, Van Persie added his second. In the 80th minute, Robben outran defenders and then danced around Casillas to add an exclamation point to the historic result.

Spain actually held an early lead after yet another questionable penalty decision by an official at this World Cup. In the 27th minute, Spain striker Diego Costa went to ground in the Netherlands penalty area while attempting to allude de Vrij. Xabi Alonso stepped to the spot for Spain and calmly slotted the kick past Dutch goalkeeper Jasper Cillessen for the 1-0 lead. 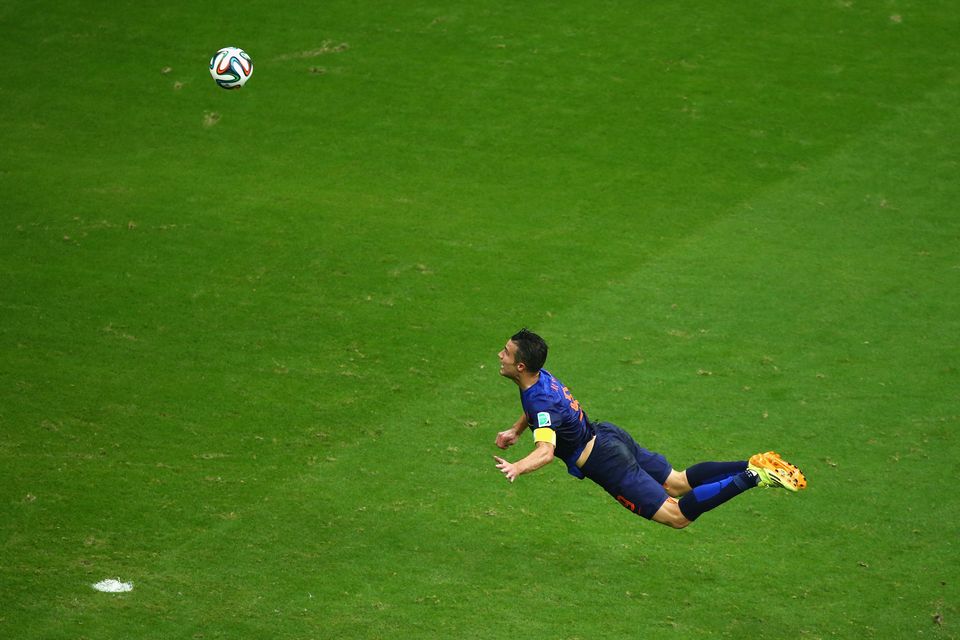