Just a few years ago, entrepreneurs had relatively limited funding opportunities and the notion of networking was geared towards discovering those who were able and willing to fund your business. Today, reality has shifted from networking in order to get funding from specific investors, whether through VC's or through angels, to networking as an integral part of the funding process itself.

Moreover, in recent years, one of the growing and revolutionary platforms that can assist entrepreneurs in funding their business is the practice of crowdfunding, which is based on the willingness of a crowd to support and fund one's business.

Among sites that facilitate this are: Kickstarter, Indiegogo, GoFundMe, Fundable, CircleUp and many more.

Crowdfunding combines solid networking skills with one's connections for future funding opportunities. It's all about how many people you know, how strong your relationships with these people are, and what skills these people are willing to provide in order to help advance your venture. That alongside with maintaining a strong community on social media platforms such as Facebook, Twitter, Instagram, mailing list and such. 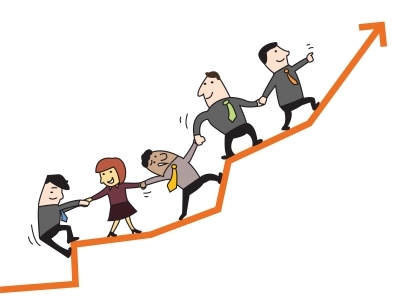 From a Business Idea to a Successful Crowdfunding Campaign

Throughout the years, I have met many startups and entrepreneurs. What I love about them the most is the fact they seem to always have an amazing combination of logic and creativity but, above all, they are capable of believing in themselves or in their ideas so much so that they sometimes run head first into the wall! In this pool of dreamers, I have come across a person who is a unique combination of the above description - a female entrepreneur who was out to change the way women use their bras. When I first met her, the idea seemed farfetched but as a real believer in entrepreneurship, especially female entrepreneurs, I was hooked by her drive and undying devotion to her goal.

In the course of a few years, I occasionally met her at startup events and soon witnessed how her dream turned into an idea that soon after turned into a business. Her business is now up and running, with much of its existence relying on a valuable net of friends, influencers and peers that this entrepreneur has connected with throughout the years. For her, like others, having a crowd fund her business before she had a final product is what relationship building is all about -- just on a very large scale.

How to Build a Network in Advance that Supports Your Crowdfunding Campaign?

Let's take this female entrepreneur I described as an example: Her name is Avigail Perl and she founded CupCare, a feminine care company designed to provide innovative products for women, starting with a bra liner that helps make bras more comfortable. Avigail managed to build a supportive network of diverse people around her, long before her campaign began, by being authentic, genuine and by expressing her great belief in what she does.

As I explained, networking plays a huge role in building a successful crowdfunding campaign. In Avigail Perl's case, she managed to reach 30% of her funding goal within the first 48 hours of the campaign's launch -- through an array of networking components. The following are some steps we can all learn from Avigail and use in our crowdfunding campaign:

1) Preparing a campaign: Finding the right specialists/service providers
Avigail needed a professional to produce her campaign video. During a networking event, she was telling people about her plans to build a crowdfunding campaign and what she was looking for. A man suddenly stepped forward during the conversation and introduced himself as a film maker. This man would eventually become the producer of Perl's crowdfunding campaign video. Make sure to create a list of professionals in advance who you may need such as lawyers, designers, PR and marketing people, video producers, and so on. Start searching your network for them or for people who may know them: Put yourself out there, attend industry events and share your story with new acquaintances and strangers. Spread the word and increase your chances of finding who you need! 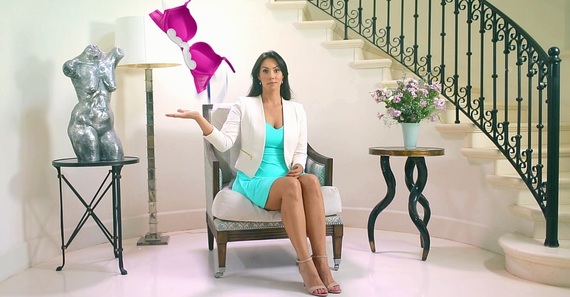 (Avigail Perl while shooting the video for her crowdfunding campaign .Photo by Osnat Nir)

2) Running a successful campaign: Getting contacts to pitch for you!
It is important to start a crowdfunding campaign with a BANG! Launching a crowdfunding campaign without harnessing your family and friends, your first and second circles, is the biggest mistake you can make! Perl was vigorously promoting her launch amongst her friends, notifying everyone she knew that her launch was near and that she would need their support. She made people feel connected to her journey from the start, and were therefore everyone was extremely responsive when the actual launch took place! Build a network of supporters, people who have many friends and social influence, pitch to them and share your process with them months in advance. Talk to them, consult with them, let them be a part of your journey and on the day of the launch they will most likely be there to share your campaign. These very same people who now feel they are a part of your process will take pride in helping to advance the campaign by sharing it further with their own networks, and exponentially growing the viewing audience - far beyond your personal reach.

3) PR efforts: Getting press for the campaign in order to reach new audiences
Avigail was in need of press coverage right after her campaign launched. She prepared thoroughly, looked for connections to reporters and people she knows from the PR world months in advance. This is how she got herself media coverage throughout the campaign. Start building relationships with reporters early on - at least a few weeks or months before the campaign goes live. If you don't know them personally, search for them: You can probably find reporters amongst friends of your friends or attempt to initiate conversations with relevant reports on social media platforms (Twitter and personal blogs are best as reporters tend to interact more with their followers there). Make sure to build relationships with these reporters by sharing and commenting on their articles - engage with them often. This is tedious work but proves to be very valuable when you finally contact reporters and they recognize who you are, instead of writing you off as spam mail. 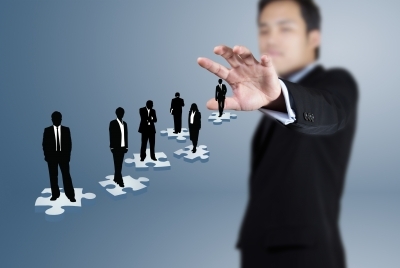 Taking a dream or a vision and turning it into a company is a long process and entails many different aspects that an entrepreneur may or may not be familiar with. One of the most important skills an entrepreneur should harness is relationship building. Create a supportive network throughout the process - long before assistance is actually needed, as this can potentially open the right doors at the right moment. Networking must not be taken lightly, especially when you are planning your crowdfunding campaign which is after all based on...the crowd! It is the entrepreneur who can authentically leverage the power of their network that can go the furthest!

By the way - The CupCare Crowdfunding campaign
is currently live and can be found here!