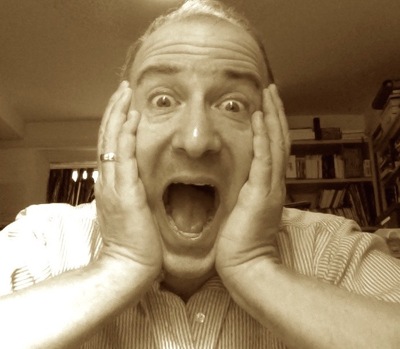 Asking for advice can be difficult, but as Margaret Morford reminds us in "How Not to Be a Networking Leech: Tips for Seeking Professional Advice.", there are better and worse ways to do so. It's essential reading for anyone reaching out for career help.

But it's also important to think about how to respond appropriately when others ask us for guidance, as I discuss in my new book, The Good Ones: Ten Crucial Qualities of High-Character Employees.

Consider the disturbing story of Kelly Blazek. Diana Mekota, a recent college graduate, moved back to Cleveland, her hometown, and thought that reaching out to Kelly, the self-described "Job Bank Mother," would be a smart move. Since Diana didn't know Kelly personally, she did what millions of people around the world do every day to connect with people they don't know: she contacted her through the business networking website LinkedIn.

Most LinkedIn users who get a connection request from someone they don't know do one of two things: ignore it or accept it. A few ask for clarification. Kelly chose to respond in another way.

She wrote to Diana and said, "Your invite to connect is inappropriate, beneficial only to you, and tacky. Wow, I cannot wait to let every 25-year-old jobseeker mine my top-tier marketing connections to help them land a job. Love the sense of entitlement in your generation. And therefore I enjoy denying your invite."

Kelly added that Diana was "a total stranger who has nothing to offer me," and after several more condescending statements and personal attacks, she ended with "Don't ever write me again."

Perhaps Kelly thought Diana was a casting agent for a remake of Mommie Dearest. It's hard to find any other explanation for such a contemptuous message. Ironically, the Cleveland chapter of the International Association of Business Communicators had chosen Kelly as their 2013 Communicator of the Year. In one sense, they were correct to do so: Kelly certainly communicated her contempt clearly and unambiguously. She set out to accomplish a goal -- humiliating a job seeker -- and succeeded. However, she didn't consider the possible consequences.

Diana posted Kelly's message on other social networking websites, including Reddit, Imgur, and Facebook, and asked readers to "please call this lady out." The message was linked to Buzzfeed and then went viral on Twitter and other social media. The story was picked up by news outlets, including CNN, Adweek, and the BBC. Many in the Cleveland business community and beyond pressured Kelly to return her communicator award, which she eventually did. She also apologized to Diana and deleted her own Twitter account, her blog, and everything in her LinkedIn account except her recommendations.

The ethical issues in this story aren't as clear-cut as they might seem. LinkedIn requests from complete strangers can indeed be bothersome, especially if you get a lot of them, as Kelly apparently did. Diana would have shown greater respect for Kelly by asking a mutual friend for an introduction. And Kelly is far from a villain.

A Cleveland marketing and sales consultant, Terry Novak, described her as having been "selfless in her efforts to help people in the sales/marketing, PR, and media fields find leads for jobs in Northeast Ohio for a long time." It's also troubling that Diana's revelations made Kelly's private communication a matter of public record, easily and permanently accessible on the internet.

If Kelly's email to Diana were the only stain on an otherwise spotless record of supporting job seekers in Cleveland, one might be tempted to grant Kelly a pass and move on. Who among us hasn't made a colossal error in judgment like Kelly's? But other recipients of hateful communications from Kelly have come forward, indicating that her mistreatment of people is closer to a pattern than to a single, isolated incident.

As Stefanie Moore, an assistant professor at Kent State University's School of Journalism and Mass Communications, told the Cleveland Plain Dealer, "This serves as another reminder that we are held accountable for our actions, even more so in our online-driven world. If we're inconsistent in our interactions with our audiences online and offline, we 'll be called out. It can take years to build your online reputation and only one slip-up on social media to destroy it. Another lesson: Think before hitting 'send.' "

Professor Moore is right. In a world where work is increasingly conducted online, high-character employees consider the consequences of every text, email, tweet, and online forum post they make at work. Some go further and apply that standard to their online activity outside work.

This sounds like a standard that allows for communicating only trivialities, but it's not as stringent as that. It simply calls on us to consider the consequences of what we write. Freedom has never meant having the right to insult anyone at anytime for any reason. The internet is the most powerful communications tool the world has ever seen, and as Uncle Ben told Peter Parker in the Spider-Man saga, "With great power comes great responsibility."

Some high-character people--the Good Ones--handle their work-related frustrations by writing an angry response and then deleting it before sending. This tactic offers all of the giddy pleasure of saying exactly what you feel without any of the unpleasant side effects, such as getting fired, jeopardizing your reputation, or being the subject of a social-media campaign. Had Kelly Blazek read David Shipley and Will Schwalbe's book Send: Why People Email So Badly and How to Do It Better, she might have thought twice about communicating in this hurtful way.

The ethics of networking flow both ways. High-character people reach out for help in honorable ways, and those on the receiving end who consider themselves honorable people respond in a gracious and dignified manner.

On Friday, I'll be presenting my talk, "The Good Ones: Ten Crucial Qualities of High-Character Employees," to the fine people at the Marathon Petroleum Company. I'd be honored to speak to your group, too. For more information, contact me here.

Thank you for reading my blog! I hope you're doing well, and I welcome your comments below.