Hundreds of Jewish activists are protesting at U.S. Immigration and Customs Enforcement centers on the East and West coasts this week, insisting that they have a moral obligation to speak out against the detention of migrants.

Wearing prayer shawls, blowing shofars and reciting prayers of mourning for children who have died in ICE custody, the Jewish activists are calling on Congress to shut the agency down and to offer “freedom and permanent protection for all undocumented immigrants, refugees and asylum seekers.”

Alyssa Rubin, one of the protest movement’s lead organizers, said her group wants people to know that when Jews say “Never again” about the horrors of the Holocaust, they really mean it.

“We have a responsibility as a people whose history included these kinds of atrocities to identify the signs and prevent them from happening,” said Rubin, a 25-year-old activist from Boston.

“If you’ve ever said, ‘Never again,’ or if you’ve ever wondered what you would have done if you were alive during the Holocaust, this is the time,” she added.

President Donald Trump’s administration has faced heated criticism in the past few weeks over its treatment of migrants at the U.S.-Mexico border. Some lawyers and Democratic lawmakers who visited detention facilities reported inhumane and unsanitary living conditions.

The idea for the “Never Again Action” protests came from Serena Adlerstein, a young activist in the immigrant advocacy movement Movimiento Cosecha. Adlerstein posted an offhand comment on Facebook on June 24 about organizing young Jews to protest at immigrant detention centers in the U.S. Word spread rapidly among her tight-knit network of progressive Jewish activists and organizers, and the first protest was planned for the following week.

Organizers sought to center the protests on detention centers that aren’t located at the U.S.-Mexico border to show that ICE is present across the country.

“Jews know what happens when ordinary people don’t intervene when they see the signs of mass atrocities,” Rubin said. “Ordinary people, on an everyday basis, are allowing ICE to operate in their cities. We’re trying to make it impossible to ignore that ICE is everywhere, all the time.”

The protesters started off with a rally of about 200 people on Sunday at an ICE detention center in Elizabeth, New Jersey. Thirty-six people were arrested for blocking the entrance to the facility.

Then, during rush hour in Boston on Tuesday evening, about 1,000 activists shut down traffic while marching from the New England Holocaust Memorial to the Suffolk County House of Correction, which houses ICE detainees. Eighteen people were arrested during that protest, according to the Boston Globe.

On the same day, more than 200 people gathered at a detention facility in Central Falls, Rhode Island. One of the 18 protesters arrested was J. Aaron Regunberg, a former state representative, Democratic candidate for lieutenant governor and the grandson of a Holocaust survivor, the Providence Journal reported.

Regunberg told the Journal that, for him, the phrase “Never again” isn’t just about remembering how the Holocaust ended.

“It’s also about how it started, with a gradual process of legal exclusion and state-sponsored dehumanization that led eventually to the deaths of my grandpa’s family and so many millions of others,” Regunberg said. “It’s about understanding the path from beginning to end, and then throwing ourselves in the way of that path however we possibly can.”

A fourth protest is taking place in Los Angeles on Wednesday, followed by rallies in Philadelphia on Thursday and San Francisco on Friday.

A GoFundMe campaign created to cover legal and bail fees for those arrested raised over $150,000 by Wednesday afternoon. The group pledged that leftover funds will go toward Movimiento Cosecha.

Rubin told HuffPost that, although the rallies seek to call out Republican lawmakers who support “draconian” immigration policies, the Democratic Party isn’t free of blame. She pointed out that President Barack Obama aggressively deported undocumented immigrants during his tenure at the White House. About 2.5 million people were deported under his watch.

“Democrats are also either enabling or tacitly supporting the immigration deportation machine, and they also need to be held accountable for their lack of action,” Rubin said.

Rep. Alexandria Ocasio-Cortez (D-N.Y.) earlier this month likened the conditions at ICE detention facilities to concentration camps, eliciting criticism from some lawmakers and members of the Jewish community who disagreed with the comparison. The United States Holocaust Memorial Museum condemned efforts to create analogies between the Holocaust and other historical or contemporary events. Other Jewish organizations argued that the terms “concentration camp” and “never again” are “synonymous” with the Holocaust and that using them to describe other events diminishes the Nazis’ intent to commit genocide.

“Never Again Action” organizers use the phrase “concentration camps” to describe ICE detention facilities. Rubin said she believes these comparisons are important because people have an innate understanding that when something is called a concentration camp, “it is bad and it needs to stop.”

But ultimately, she said, organizers behind the protests believe the debate over whether it’s appropriate to call ICE detention centers concentration camps is a distraction.

“A lot of the conversation has been about: Is it bad enough to call it a concentration camp?” she said. “What we’re saying is that if you even have to ask, it’s too late.”

American Jewish communities prioritize teaching children to never forget the Holocaust, Rubin said. This mission has become even more important as Holocaust survivors age and their numbers begin to dwindle. Many “Never Again Action” protesters are descendants of Holocaust survivors.

Rubin said her own family came to the U.S. in the late 19th century, fleeing pogroms in Russia. Growing up in a Reform Jewish community in Connecticut, Rubin said, learning about the Holocaust was a fundamental part of her religious education. There was a sense that “Jews need to look out for themselves because if they don’t, no one else will,” she said.

But anti-Semitism can’t be treated as an isolated phenomenon, Rubin said. She believes it is connected to other forms of oppression, including racism and xenophobia. 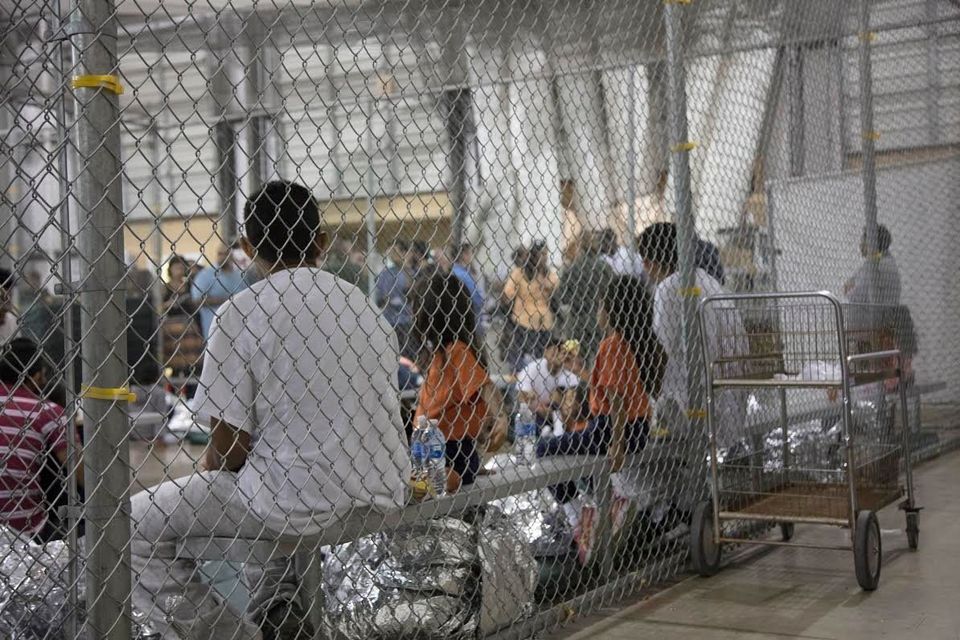